Less The Untouchables and more The Unwatchable 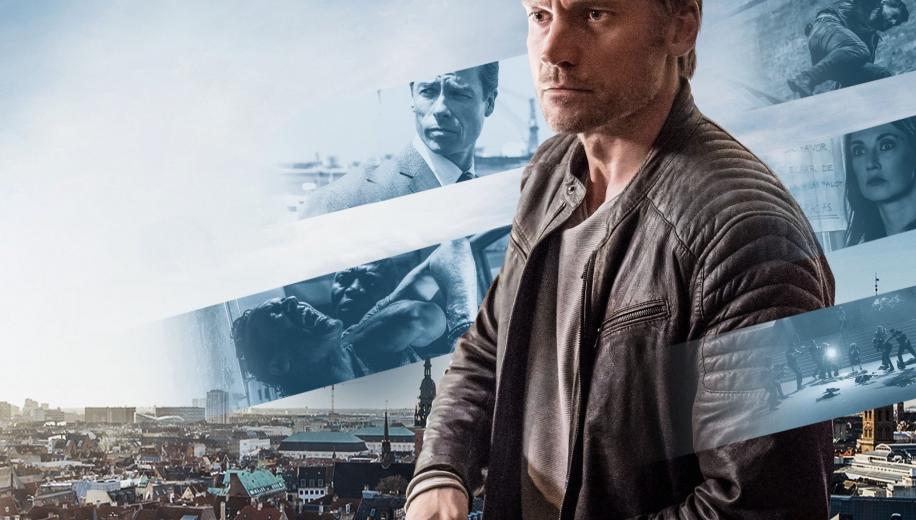 Brian De Palma has done some true classics - including Carlito's Way and Scarface - but his latest is less The Untouchables and more The Unwatchable.

How the great have fallen. In the 70s/80s, the likes of Coppola and De Palma were square alongside Scorsese in terms of veritable all-time classics, but when was the last time we saw a decent Coppola movie? 27 years ago for Dracula? And De Palma hasn't had a hit - critically or commercially - since the very first Mission: Impossible film, 23 years ago. Something of a successor to Hitchcock, the acclaimed director made some staggeringly striking movies, not least remembered for his fascination with camera angles, dioptic shots, as well as a conspiratorial theme which infused almost every one with innate tension.

For Domino, shot in 2017, De Palma reaches an all-time low, turning in a distinctly low budget but also undeniably amateurish effort which might have passed for a debut directorial feature, but is absolutely tragic coming from such a seasoned auteur. It just feels like a production by somebody who has either lost all of his previously undeniable talents or simply no longer cares enough to use them.


Horrifically scripted, badly captured, poorly realised, and badly acted, as well as utterly predictable, about the only element of Domino that is quintessentially De Palma is the camerawork

The story has Nikolaj Coster-Waldau (Game of Thrones) as a disgraced Danish cop who, along with another cop (played by fellow GoT Carice van Houten) goes on a quest to find a vicious murderer and terrorist who has been recruited by Guy Pearce's CIA Agent and appears to be untouchable.

Shot in Spain - where they couldn't get enough extras to properly realise the climactic final scene - and Denmark, the low budget production couldn't even hold on to its B-list cast (replacing Christina Hendricks with Carice van Houten), and, considering its lacklustre release (pretty-much straight-to-DVD here), clearly nobody ever had faith in it - and not without reason.

Horrifically scripted, badly captured (the in-car work is terrible, and the on-location work abysmal), poorly realised (Danish actors playing Danish characters speaking English? Pearce's accent?), and badly acted (as if nobody really believed their characters could be that stupid, particularly Coster-Waldau), as well as utterly predictable, about the only element of Domino that is quintessentially De Palma is the camerawork. There are perhaps two or three shots over the entire film which remind viewers of the director's skill at lensing both busy and static shots - an early frame features two largely naked bodies within a messy room, but zooms in slowly to focus on something which perhaps went unnoticed at first glance. It's classic De Palma. But there's very little else of the genius on offer here, with a tepid rooftop chase attempting to remind of Hitchcock's Vertigo but remaining head-smackingly bad in realisation, and a supposedly tense crowd-scaled finale which - presumably - was supposed to remind us of some of the director's classic works actually instead feeling like a film school project attempting a De Palma reenactment. How the great have fallen indeed. 
It's a decent enough presentation for the movie, which really could have done with a lot more love before it got to this stage, and oftentimes looks like an unfinished work

Detail is about on par with a Euro-shot TV series, although these days even those have more polish than this, and the feature - which looks distinctly digitally shot and certainly doesn't have any kind of filmic veneer - at least offers some nice detailing and fine nuances, particularly on close-ups. The colour scheme has sparks of vibrance, from the rooftop chase at the beginning to the neon-lit finale, with a threat of bleeding leaving some of the more extreme tones in the palette unchecked, but otherwise decent enough representation and solid black levels. It's a decent enough presentation for the movie, which really could have done with a lot more love before it got to this stage, and oftentimes looks like an unfinished work. The accompanying DTS-HD Master Audio 5.1 track is somewhat better, at least on a technical level, with De Palma's absolutely bewildering choice of score at least affording the track plenty of material to play with.


The audio track is somewhat better

Dialogue, although brimming with odd accent / language choices given the supposed setting, gets decent enough prioritisation across the frontal array, whilst myriad - albeit limited - effects, provide some sporadic impact, from gunshots to stab wounds, with bustling streets, traffic noises and crowded sequences (particularly at the end) giving it a slightly more immersive edge. The score doesn't often marry up to the material, at once reminding of De Palma's classics (and propensity for OTT scoring) whilst also incongruous with what's on offer here, going hard with horror overtones as it classically bashes you over the head repeatedly. That said, it sounds pretty great on the track, which - technically - is a plus. It was supposed to remind us of some of the Director's classic works, instead feeling like a film school project attempting a De Palma reenactment

Reportedly De Palma lost control of this project and ended up abandoning it to the producers to finish off, and perhaps this is what many of his more recent films would have been like had the same thing happened - amateurish, unfinished and borderline unwatchable, with sparks of the master auteur's genius in there, but so many missteps and rough edges that you can't help but wonder what happened to him.

Signature's Blu-ray release mark the film's UK release as a whole - this one never made it to the cinema and you can see why - and at least affords us decent enough video and audio. De Palma fans have been warned; if you're a completist, you're in for a rough ride.