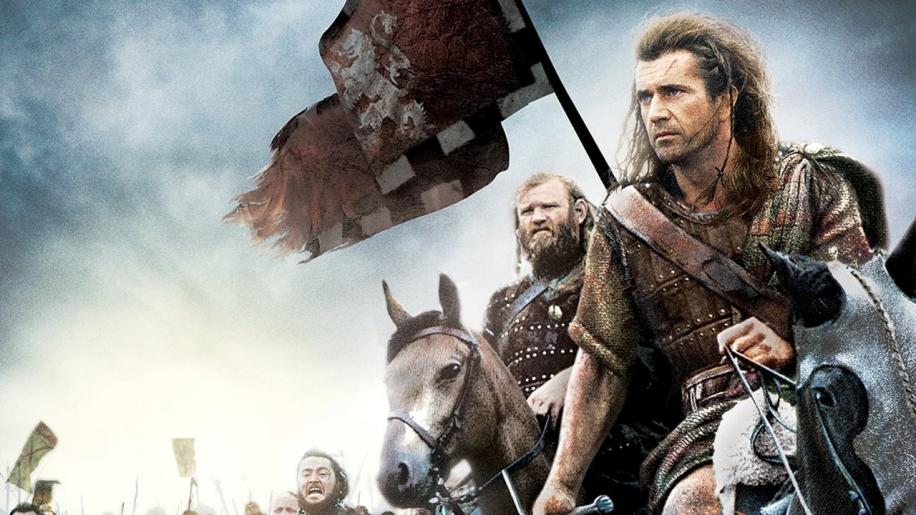 This epic and bloody slice of 13th century historical action sees Mel Gibson cast himself as Scottish hero William Wallace, a man whose wife is brutally raped and murdered by English troops and who subsequently leads his fellow countrymen in a rebellious battle to give Scotland back its independence. In typical Hollywood style, the film does its best to ignore anything resembling historical accuracy, and the two warring armies are clearly split into black and white factions with Wallace's brave clansmen pitted against McGoohan's numerically superior and downright nasty English troops. Still, if you want a history lesson, go and read a book about the subject
Gibson's Braveheart is an classy return to the epic form of historical filmmaking long since vanished. Despite the ungodly 171min running time, he has managed to craft a stirring story packed with grotesquely violent action sequences, romance, and political intrigue. The battle scenes look authentic and will stay with viewers for some time. Performances are variable thanks to the quality of the scriptwriting, with Gibson delivering a fine turn, but with McGoohan relegated to little more than a pantomime villain role. Regardless of any minor quibbles, Braveheart remains the sort of big-screen crowd-pleaser that DVD was made to accommodate and works superbly within these confines.