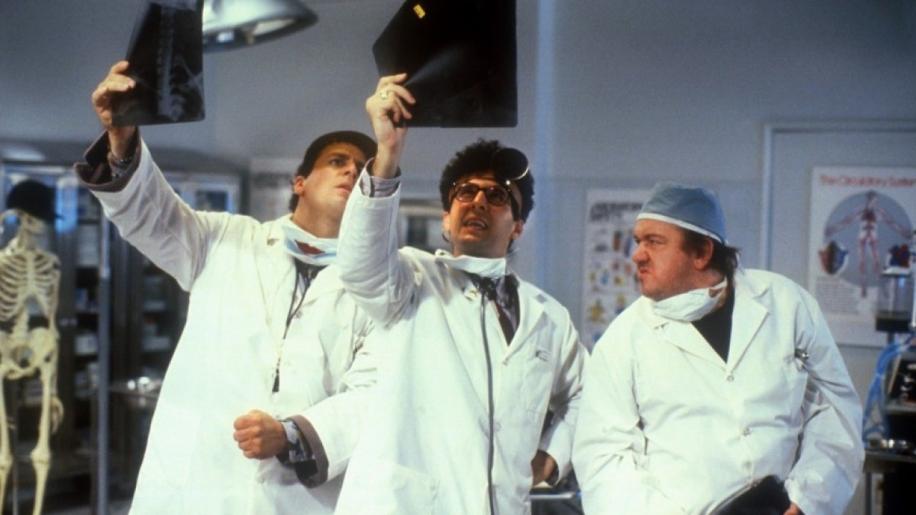 Not too good. The picture seems to be very dotty with some dirt making an unwanted appearance, too. Colours seemed to be a bit washed out on my DVD player, almost grotty in some cases. It is almost like someone said that bright colours would be the last concession to childishness and so dimmed the colours slightly. This is very apparent in the ballet theatre scenes where everything is strangely muted. Merely average. While there is some exceptionally uncluttered dialogue, there is virtually no use of rear speakers. Indeed, for all there is a 5.1 mix, you may as well listen to the stereo one. Like I said, though, vocals are very precise and the sound in general is free from brightness, remaining un-fatiguing throughout. So, then. Whilst I do think that there are flashes of true comic flair, here, there aren't enough to pull Brain Donors from mediocrity. Then again there are two caveats in which case you could add a couple to the overall score. One is if you are buying for your kids, ten year olds, say, in which case most of the comedy will work better for them. There are some adult allusions, but these aren't common and aren't going to turn innocent children into seething sexual psychopaths. The second case is if you are a fan of the Marx Brothers or Three Stooges type humour. If that is so, then you will probably like Brain Donors a lot more than me.