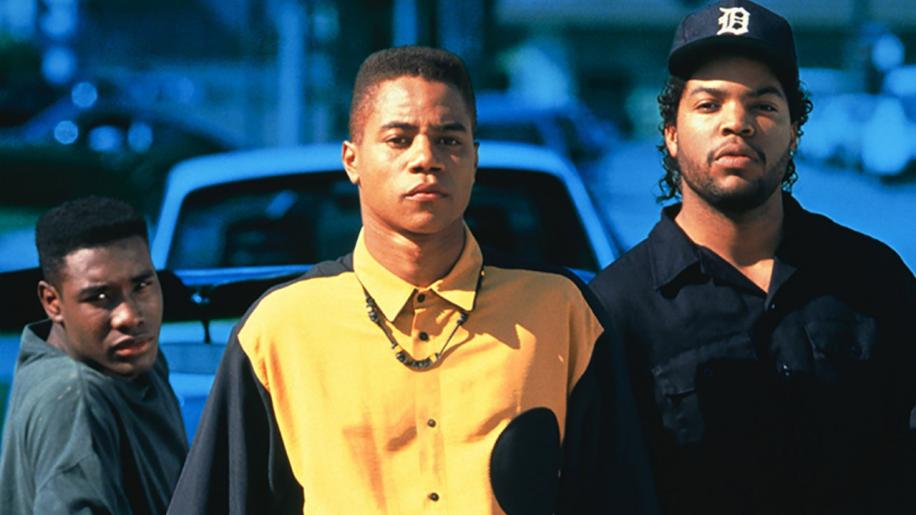 John Singleton's debut - and crowning moment - is an original and now classic take on life in “the hood”. Telling the story of three friends growing up in South Central Los Angeles, we meet Tre (Cuba Gooding Jr.), Doughboy (Ice Cube) and his brother Ricky (Morris Chestnut), struggling to make sense of the world they find themselves growing up in, and each trying to find their place.

Told mainly from the perspective of Tre and his father Furious (Laurence Fishburne), Boyz N The Hood is a wonderful, multi-layered tale of a father trying to raise a son, a son trying to become a man, and errant friends and brothers heading for a disastrous end at the barrel of gun. Singleton directs with none of the swagger and attitude of the later and oft-compared Hugh's Brothers gang-fest, Menace II Society, and although it doesn't quite possess the bite of the latter movie, Boyz is a far superior movie.

It's all about the people and their relationships rather than guns and hoes; the Tre/Furious relationship is well developed and believable, and Doughboy's “black sheep” role is played out perfectly. In fact all the performances here are spot-on, from the early childhood performances to the latter characters where even rapper Ice Cube puts in an excellent turn. It's also a testament to the power and restraint of the directing that Singleton doesn't have to fall back on a pounding hip-hop soundtrack and flying bullets to keep this piece moving. Indeed, for while there is hip-hop here (old school fans will love it), and guns do make an appearance, these elements are all the more potent for their sparing usage.

Although Boyz N The Hood is ageing - the clothes and the hairstyles will have you smiling - it remains a powerful piece of film-making, and you can only wonder how John Singleton hasn't managed to shine since, and why on earth he chose to direct the poor 2 Fast 2 Furious. What's life without mysteries eh?