Born to Be Bad Movie Review 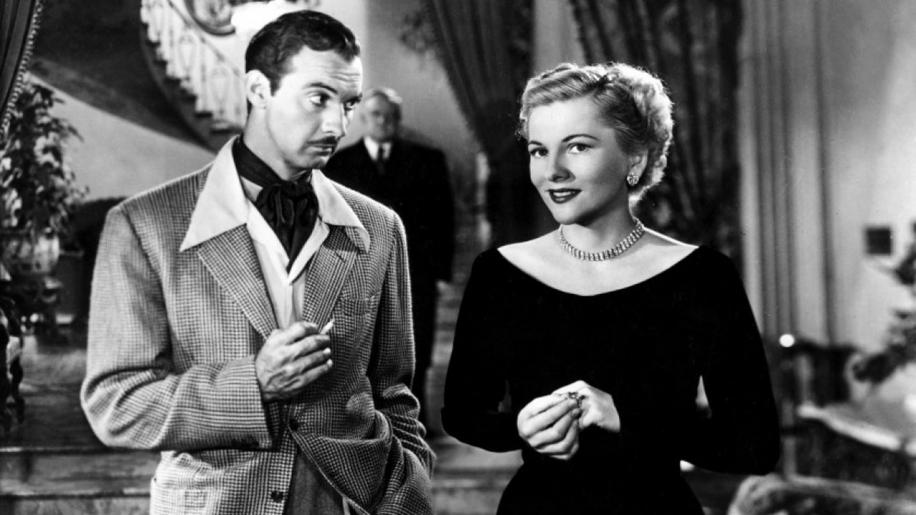 Loretta Young plays Letty, a wayward socialite who lives with her unruly son, Mickey. When playing in the street one day, Mickey is knocked over by a milk truck but not badly injured. Letty encourages him to lie so that she can claim compensation from the driver, Malcolm (Cary Grant), the wealthy owner of the dairy company. Her plan backfires when in court. The judge, disgusted by her deceit and convinced she is a bad mother, puts Mickey in care. Malcolm and his wife are childless and accept Mickey into their lavish home. Letty jealously plots to take advantage of Malcolm's riches and resorts to blackmail.

Well, I'll tell you this, watching this film was a chore. Despite the scant running time of only 61 minutes this movie just drags on for A-G-E-S. It's got two normally charismatic stars as leads and while Loretta Young is quite vivacious and glamorous, Cary Grant is as dull as the proverbial ditchwater. There's very little here to suggest that he would later become one of Hollywood's most dashing and durable leading men. The script is poor, and the film is lacking in humour or pathos or any thrills at all. This film was made pre-code so it's not as puritanical as many films made later, having some risqué shots of Young in her lingerie and while her 'profession' is only alluded to, she's certainly a woman of easy virtue. This should add some spark to the proceedings with Young seducing Grant into having an affair, so that she can blackmail him, but instead of being exciting and wicked, the film is just maudlin and turgid. As for the directing, it's adequate and that's about it. Lowell Sherman shows us endless shots of staircases in Grant's mansion, and people slam doors a lot. The film has a very pat ending and just leaves you with a feeling of, "Is that it?" It's a poor melodrama all in all.