Born on the Fourth of July Movie Review 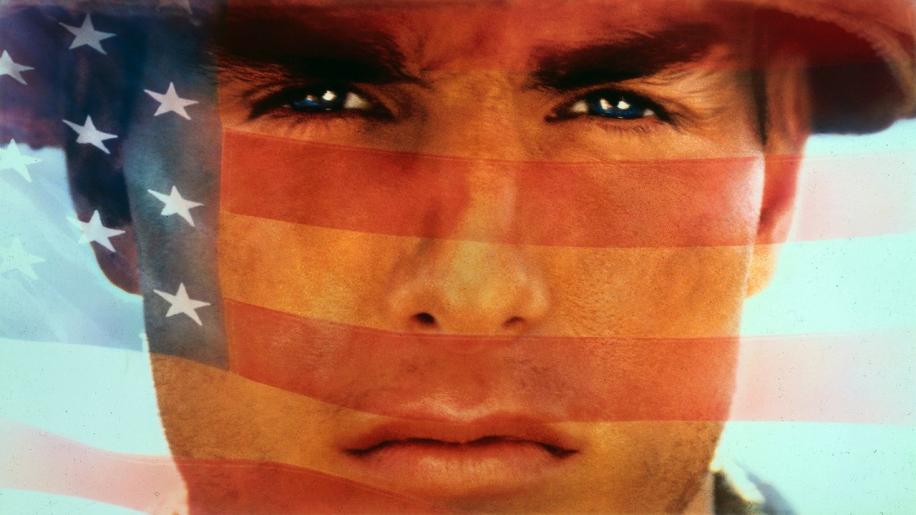 “Burma, Thailand, India, Japan, the Philippines and obviously Laos and Cambodia are among those whose security would be threatened if the Red Tide of Communism overflowed into Vietnam.” Such was the justification for the Vietnam War, a terrible conflict that spanned the best part of two decades and cost the lives of millions of Vietnamese – soldiers and civilians alike. Many around the world now regard the conflict as a big mistake, merely a political manoeuvre that was a part of the ongoing ‘War on Communism’ at the time. And, to this day, no administration has ever offered up a formal apology to the Vietnamese, or even any acknowledgement of regret. Instead, the US now pursues its third significant ‘conflict’ in the ongoing ‘War on Terror’ – a campaign which, again, many people believe is a big mistake. It would appear that, once again, through ignoring history, we’ve been doomed to repeat it.

“Some days I think I'd give everything I believe in – everything I got, all my values, just to have my body back again, just to be whole again. But I'm not whole; I never will be, and that’s... that's the way it is, isn’t it?!”

The Vietnam War may have cost the lives of millions of Vietnamese – for both the North and South sides – but it only cost the US about 60,000 soldiers’ lives (c.f. World War II, which cost the US over 400,000 lives). The trouble was that, at the time, aside from the country-wide loss of morale caused by losing the War, the whole of the US was divided and fractured by the state of the soldiers who did return. With over 300,000 soldiers injured, and many psychologically more traumatised, the US people were suddenly forced to deal with the reality of the conflict back home. It, arguably, scarred the whole nation.

Amidst the soldiers who came back injured was a US Marine called Ron Kovic, and this is his story.

Born on the 4th of July, Kovic was a resolute patriot even from an early age, and so, just as soon as he could, he enlisted so that he could go to Vietnam. What he saw – and participated in – over there, shook him to the very core of his staunch Catholic upbringing. And yet he still fought on for his Country. Then he was shot, and suffered a terrible, debilitating injury which saw him return home in a wheelchair, paralysed from the waist down. Yet still he fought for his Country, defending their campaign in Vietnam. But with even his own hometown changed massively by the conflict, and suffering as a part of the divided nation, he is soon forced to take a side – defend the ongoing war or demonstrate against it. And as the reality of his horrific, irreversible situation sinks in, he starts to question what exactly he sacrificed his legs for.

Director Oliver Stone, who adapted Kovic’s titular autobiography, was also a Vietnam veteran. Born on the Fourth of July, the second part in his Vietnam trilogy, which was bookended by Platoon and Heaven & Earth, is arguably his most powerful movie. In a career of frequently politically provocative; sometimes conspiracy theorist productions – including films on three US presidents: JFK, Nixon and G. W. Bush; as well as a controversial look at media-inspired infamy in Natural Born Killers and a flawed biography of Alexander the Great (which he’s tinkered with to create no less than 3 different versions) – his trilogy on ‘Nam clearly still included his most personal works. And, of all of them, and of all of his movies, Born on the Fourth of July is arguably the most honest, unglamorous and brutally real of the three. Just three years earlier he had won the Oscar for Best Director with Platoon – a brilliant masterpiece which echoes Apocalypse Now with its, at times, over-the-top depiction of the conflict, used effectively to highlight the madness of it all. For Born on the Fourth of July, he painted a much more documentary-like portrait of the War – less about his experiences, and his vision of it, and instead showing things through the eyes of the wounded veteran Kovic. It was did not focus on the War itself (unlike Platoon), but instead on the the haunting, horrific effect back home (in the same vein as The Deer Hunter). And quite rightly, Stone won his second Best Director Oscar for it.

Instrumental in tethering you to the emotional core of this biographical voyage is the actor who brought Kovic to life – none other than A-list superstar Tom Cruise, who, at the time, had had his run of cheesy -grin, Top Gun-esque outings, and was looking for one of the things that almost every actor covets: a Best Actor Oscar. He had put in a remarkably well-nuanced performance in Rain Man, just a year earlier, but that had been (understandably) somewhat overshadowed by Dustin Hoffman’s powerhouse rendition of the lead character. Funnily enough, Cruise was Oliver Stone’s first choice for playing the lead character, and it was a commendable selection. Cruise has always been capable of bringing his all to a project, and has only ever been held back by the inherent limitations of some of his more Studio-driven productions. Here he had no such restrictions, and the result was arguably the best performance of his entire career. Wheelchair-bound and bedraggled for the majority of the movie, with scraggy hair and an often hippie-like appearance, you go into this movie watching just another Tom Cruise being Tom Cruise performance, but, pretty-soon, forget all about the superstar, and are instead confronted by the true horrors of the War, as you come face to face with the traumatised Kovic. It’s always a testament to an actor’s capabilities when you forget that they are acting, and are instead lost in the performance as they simply become the character that they are playing (DiCaprio instantly changed my opinion of him when he did the same thing in Scorsese’s underrated The Aviator), and, even if Cruise only received an Oscar Nomination for his powerful contribution here (he was bested for the Award by Daniel Day-Lewis, playing another disabled individual in My Left Foot), surely the true recognition for him came when Kovic himself presented Cruise with the Bronze Star that he had been awarded in Vietnam, as a tribute to his sincere efforts.

In fact Born on the Fourth of July is as much a Cruise film as anything else he has starred in, truly driven by the central character – as any good biography should be – who you follow as he takes the long downward spiral journey to hell, all the while desperately trying to scramble his way back. The difference here, though, as aforementioned, is that you forget that it is a Cruise film. He’s not alone, however, despite driving the movie pretty-much single-handedly, as the narrative is also peppered by noteworthy contributions from several other familiar faces (no less than 11 of which had returned from their Tour of Duty on Stone’s earlier Platoon), including Willem Dafoe, Raymond J. Barry, Frank Whaley and Kyra Sedgwick, who round out the peripheral characters that populate this young veteran’s experiences.

I applaud Oliver Stone’s tactics with Born on the Fourth of July, unusual considering his often exaggerated, inflammatory approach; here he attempts to go for absolute reality, and paint the story as it happened. The result (which is certainly not devoid of his more traditional style, Stone here implementing red, white and blue tones to reflect the relevant mood in his scenes, and utilising a perfectly-chosen key signature score which ominously echoes throughout) is no less engaging – and all the more poignant and powerful because it is based on a true story – and in fact some of the scenes have such an impact that you will likely never forget them. Even if you don’t remember the harrowing hospital sequence in full – from that initial moment when the doctors first tell Kovic that he will never walk again (and the surrounding scenes which include a trip to the washroom where, very graphically, the paralysed veterans are given enema treatments), through to his attempt at rehabilitation, his subsequent injury, and the horror of nearly having his leg amputated as a result – you really feel for the character, going through the ordeal with him. The treatment is shocking; the level of care abysmal – and yet this was all that the hospital staff could do under the circumstances. There are many points across this period of the movie where you wonder how Kovic doesn’t just give up the very will to live. But surviving is just the start of it; Stone then takes us all the way back home, and notes every single reaction – from friends and family – as they see what has happened to the once promising High School sportsman, this dedicated patriot who truly believed in JFK’s “ask not what your country can do for you, ask what you can do for your country” speech. It doesn’t seem to matter that he fought, and was tragically wounded, for his country – the nauseating reaction of the people in his home-town was indicative of the nation’s sentiment as a whole. Quite simply, nobody understood; and nobody cared. And all of this forms part of Kovic’s slow and painful realisation of the ultimate finality of his injury, and the brewing change in sentiment that dawns within him.

“People are dying every day over there, and nobody back here even seems to care.”

An unquestionably tough watch, Born on the Fourth of July is still a must-see film, up there with Apocalypse Now, The Deer Hunter and Platoon as one of the finest Vietnam War movies ever made, and – adding The Thin Red Line to the list, it’s one of my top 5 War films of any kind. Whether you will be able to stomach watching it more than once a decade is another question entirely, but, just a couple of years after its 20th Anniversary, this seems like as timely an opportunity to revisit it as any. Highly recommended.