Shooting and looting is just the beginning 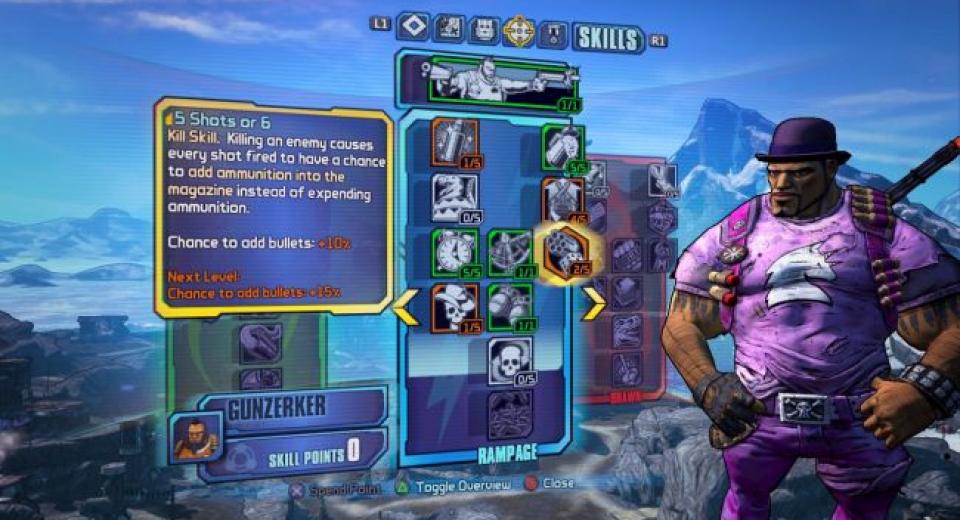 There’s plenty of buzz around some of the big games that are releasing this year but many will probably scratch their heads as to why people get hyped about Borderlands 2. Put simply the first title was massively under-appreciated by the majority despite it being a pretty awesome title.

A first-person shooter offering tonnes of weapons and a role-playing inspired levelling up system; there wasn’t much it didn’t offer to the masses. Despite not selling as many copies as some of the other big shooters out there it was treated to a Game of The Year re-release boasting a heap of additional level packs to play through. Developed by Gearbox and published by 2K, the success of the first game warranted a sequel and here we are; a new game, a new story and a new setting. But does it improve on its predecessor?

The game kicks off by following on from the end of the first which finished when you eventually found the elusive Vault (a secret alien hiding spot) and discovered its contents. After the exploits of the previous game, a new alternate Vault is revealed and is controlled by the devious Handsome Jack (who is excellently voiced and scripted). Your job, a Vault hunter once more, is to take down Jack and stop the Vault from being used in order to take over all the regions of Pandora. Of course, your task is not as straight forward as it sounds and you find yourself filling the role of errand boy for the most part in order to unlock new areas and missions before you can progress the story. This is not necessarily a bad thing though as you need to take the time to level up in order to carve through some of the enemies you encounter and acquire the more powerful guns on offer.

For anyone who played the previous game this will be nothing new and starting from the bottom of the pile won’t be an issue but there are moments where you feel that the games take a little while to get going and you’re doing a lot of uninteresting ‘go-here, go-there’ missions.

It doesn’t help that most of the time you are re-treading old ground with multiple missions having their objective based in an area that you have previously explored. In some cases, you end up following the same pattern up to four times which brings with it an element of tedium. The maps created are pretty big so why not populate them with more towns and citizens to avoid repetition? The maps are huge and they have plenty of areas to explore and some of the folk that inhabit it are genuinely interesting and hilarious. Borderline crazy but hilarious nonetheless. For instance, you become familiar with a 13 year old girl who loves explosives and spews out some amazing dialogue which will make you laugh out loud. The map looks good too and is made up of a nice blend of differing environments such as glaciers, mines and caverns. If there were one criticism of the maps though it would be that they could allow a little more variety in them as each character has their own play style. You can choose one of four differing classes when you start, varying from the long-range assassin to the gun-toting badass. For the most part, it feels as if the run-and-gun style is catered for as most missions are close quarters which can leave those with a backpack full of sniper rifles begging for some space.

Borderlands made a splash when it was released because of its art style and changing from a regular appearance to one more reminiscent of the cel-shading seen in the last Prince of Persia title. Somehow, Gearbox have managed to make the game look even more beautiful, it looks a lot brighter than before. There are some rare moments when the textures take a bit longer than expected to appear but these can easily be forgotten as you’ll be too busy taking down the nearest enemy or travelling to your next destination.

Once more you can travel via vehicle which is a lot more exciting than walking everywhere believe me. The car from the previous game makes another appearance boasting the same weapons; a rocket launcher or machine gun, and later on you can unlock a bandit SUV. This is the better of these two vehicles as it can either fire ricocheting cutting discs or hurl explosive barrels from a roof mounted catapult. The controls of these are pretty much the same where you point the camera in the direction you want to steer as per the Halo games, but a new feature is the handbrake. As it goes, this sounds pretty dull but it does allow you to manoeuvre out of some tight gunfights and get the upper hand over your adversaries. There are a plethora of enemies to pit yourself against in Borderlands 2 with some of them old but many of them new. For everyone’s annoyance the Rakk and Skaggs are back but new enemies include Badasses who level up each time their health is nearly depleted as well as Brutes who carry loot chests on their back ripe for the picking once they have been dispatched. What’s more, the Midgets are back in this game and I cannot think of anything more hilarious than splattering five Midgets who are charging at you; their death cries make their demise something you crave.

The method of splattering enemies is entirely up to you as well as, despite your class favouring certain weapons, you can use any that you come across to go on the rampage with. This version of the game comes with some exclusive weapons that get you off to a nice start and from there on in you come across bigger and better varieties. Offerings include guns that pack additional elemental damage such as electricity, deal double damage in one burst or are frighteningly accurate.

I guess it would be ignorant to expect that every bug and glitch be picked up straight away in a game of this scale but at times it seems that some haven’t even been noticed at all. It is all too often that you see an enemy take cover but get stuck on the object they are ducked behind or dropped items get snagged within the environment or are left hanging in mid-air. Bosses can even be defeated by retreating a safe distance and hiding round a corner so they can’t see or detect you which takes the challenge out of the fights which should really be taxing your ability. The same can’t be said for the smaller enemies you encounter though as you will find yourself overwhelmed with weaker foes who can easily wear your shields down and eventually send you back to the nearest checkpoint. This could be seen as a way of keeping you on your toes throughout the game but you don’t expect to be pegged back by an enemy who is five levels below you when you can easily dispatch those higher than you with relative ease.

The biggest feature that will appeal to returning fans will be the co-op which is still arguably the best way to play the game assuming you have a bunch of friends to play with or are willing to play with random Live users. As was the case with the first game, the difficulty is ramped up slightly to cater for the number of players in your party and as a result the loot found becomes a lot more desirable. The only problem is that you all have to argue over who gets what and undoubtedly some won’t like sharing their bounty with others.

So is Borderlands 2 better than its predecessor? Yes it is quite obviously so and it still offers that same unique blend of gameplay elements as its younger brother. If you ask the question of whether it does anything new then you’d probably struggle to find anything really worth shouting home about to be honest, it would have been nice to see some new features added to the existing formula.

Borderlands 2 is a great game and in many ways surpasses the previous game but, because it fails to do anything radically new, you can't help but feel that you are retreading old ground for the most part. The first title wowed us all with its new art style and unique twist on the shooting genre which are continued here and credit where credit is due; Borderlands 2 is still heaps of fun. How much fun it is entirely depends on your expectation of a sequel; should it do something new or just continue on the same path where the previous game left off?