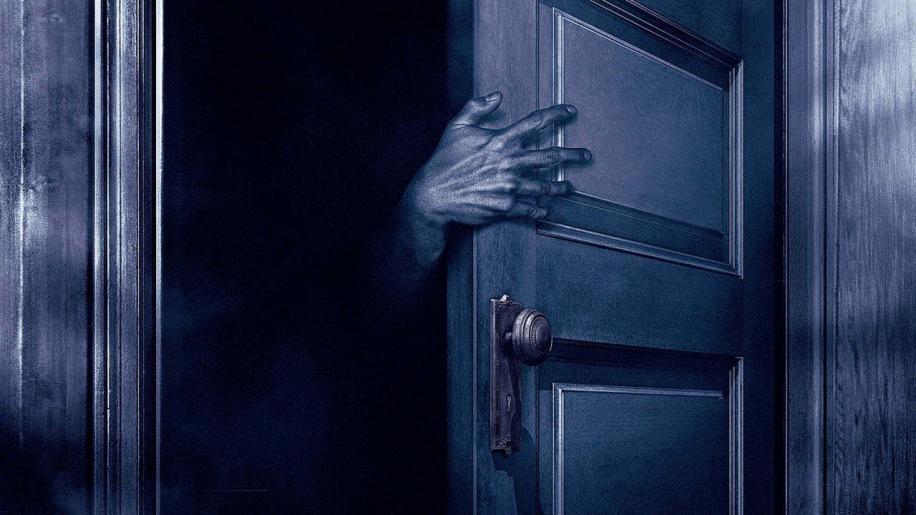 If you're reading this review, chances are you may have already read the one for the Region 1 release already. So I'll give a pretty quick synopsis here, not that this movie is particularly deep.

We all have our childhood nightmares and the “Boogeyman” in the cupboard/closet is an obvious one for a horror movie. Young Tim is having trouble sleeping as creaking sounds, noises and his clothes taking a life of their own aren't helping matters. Enter his father, who reassures him there's nothing there (of course, grown ups know that there's no such thing as the Boogeyman), only to literally get sucked into the closet, never to return. Fast forward and Tim is an adult, his belief that his father walked out on his family when he was 8. He is forced to return home due to the death of his mother, but he's still convinced, contrary to popular opinion, that there IS indeed a Boogeyman and his father never walked out. His investigations only disturb things further and cause both his girlfriend and childhood sweetheart to get caught up in these spooky events.

Is this a good movie? No. Ok, is it a good horror movie? Erm....no. In fact, it raises a totally different question - do we really have to have watered down horror movies just so they get a 12 or 15 rating? Well, each has their own opinion, but on the basis of this, no we really want 18 certificate scares, blood and chills. Apparently, the director for this also directed Darkness Falls, of which I watched on DVD and thought pretty much the same thing. In fact it even has a sense of deja-vu for me with regards to that movie as well. As my colleague stated in his review, there is a genuine feeling of over hyperkinetic camera work - for example, when the father is snatched through the closet, I wondered where Sam Raimi was, as it is a direct blatant rip-off of his style from Evil Dead (1 and 2). Further examples would be towards the end, where Tim is on the swings talking to a girl. If a shot lasted more than 3 seconds before it jumped to another position, it was a miracle. It gave me a feeling of nausea as well as coming close to hitting the eject or fast forward button. Seriously, it annoyed me more than the love scene in the second Matrix movie (which is generally my lowest all time movie moment - until now!) For a horror, this is really horror-lite, relying purely on “stingers” (those moments where you jump because something sudden happens - in this cast the sound blaring out after a quiet scene), which is one of the things wrong with horror movies these days, not to mention in a post-Scream world, we're looking for people to be a little smarter when it comes to the world of horror - E.G. We KNOW you don't look in the cellar when you hear a weird noise coming from it, so why do the characters still do it? We've moved on, please can scriptwriters do the same and use imagination! There's little to recommend here I'm afraid, it only makes you cringe when you realise this is not too dissimilar to direct-to-video horrors from the 80's. Maybe we should have this as the start of a series for kids “My first horror movie” - because frankly that's the only real use for it. Oh, if you manage to watch this, look out at the end of the credits for a hint of sequel-itis.