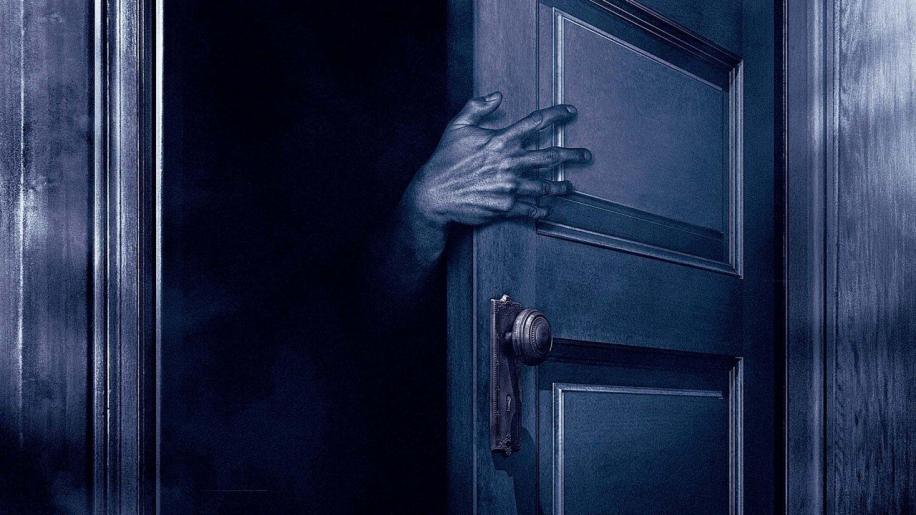 Sony Pictures have released Boogeyman in a transfer that equals the quality of the movie. The anamorphic 1.85:1 image seems dreadfully squashed, the film itself trying to push out from its cage. The one or two landscape shots are actually well presented but, for the most part, the action feels tightly constrained - wrapped up in that parcel again, perhaps. The level of grain for such a recent release is unforgivable, becoming extremely apparent on larger screens. It clogs up just about any chance of the film achieving any atmosphere by keeping the visuals horribly mushy and murky, detail suffering considerably as a consequence. The entire image is soft and muted, lifeless. The colour scheme, though deliberately washed-out, takes a knock-on effect from the cripplingly shoddy transfer by coming across as anaemic and, at times, mottled. On larger screens it sometimes looks as if the cast are performing from behind a veil. Detail is hurled to the wind with exteriors lacking definition and backgrounds often go unfocussed. The black levels, which for a horror movie set predominantly at night and in a spooky old house, should be deep and solid, suggestive of untold menace lurking about, are woefully feeble - all the shades of grey with a complete lack of effective contrast. As a result, corridors lack depth, corners hide nothing and atmosphere is drained away. Oddly, only the admittedly cool intro makes good use of the black levels, where shadows really do play their only worthy role. On a plus note, however, I didn't find any problems with edge-enhancement, artefacts or pixilation. Small mercy, though. Coming equipped with a fairly robust Dolby Digital 5.1 mix, you would expect plenty of aggressive shrieking effects and sudden heart-stopping stingers to blare out from the rears and, to be fair, there is some effectively atmospheric wrap-around sound at times. The storms are well handled, floorboards creak and doors groan. The jolting stinger moments utilise the full speaker set-up and there is some good use of directional steerage for voices etc. But, despite all this, there's still a terrible sense of the soundtrack holding back. No effect makes your skin prickle, or the hairs on the back of your neck rise. When it gets bombastic, it's still hardly likely to make the pulse pound. The overall mix seems to lack nerve, which just reinforces the impression that the movie has no bite. A good soundtrack would not necessarily have saved this turkey but it could've lifted it a bit more from the excesses of bland tedium that blight it. For some unknown reason Sony Pictures have split the half hour Making Of featurette into two halves. But however you cut it, this is pure drivel of the worst backslapping variety with all the key players mouthing off about how much fun it is to make and how different it will be. The director Stephen Kay comes across with less credibility than you can imagine, even given the shambles of a movie he eventually came up with. Let's just be thankful that he didn't contribute a commentary track. Lucy Lawless has more time in this to talk about her character than her character actually has on screen. A pathetic waste. So too are the Deleted Scenes which add nothing but a smattering of character padding and the Alternate Ending is certainly worse than the one in the finished movie, which takes some doing.

The Visual Effects Progressions cover four key scenes in one montage apiece showcasing on-set footage, green-screen work and full finished effect. Interesting to note that these play through in one stream without resorting to the multi-angle button on your remote to switch between. Likewise, the Animatics play with storyboards, vague animation and actual footage, overlapped with sound FX for three sequences. All highly un-enlightening.

Finally we are treated to nine Previews for other releases including Raimi's own re-interpretation of The Grudge. On face value, these features all seem quite attractive but they are just as hollow and bereft of heart and soul as the movie. Fitting tribute, then. A true waste of time and effort. What was initially a pretty good premise was dumbed-down and throttled with a totally ham-fisted script, lame direction that ditches suspense in order to show off yet another crafty camera angle and dull, un-enthusiastic performances from a cast that are just doing it by the numbers. It's hard to believe that it took three writers to cook up this lacklustre exercise in cinematic tedium. I mean, what exactly did they write in their screenplay - an endless succession of wordless scenes that go nowhere and a few naff angles in which Kay can place his cameras? Even such trashy Dark Castle entries as Ghost Ship or Thirteen Ghosts evoked some degree of atmosphere and, at least, dripped with the gloss of high production values, whereas Boogeyman just wallows in mediocrity. The most upsetting thing about this production is the sight of The Evil Dead's creators Sam Raimi's and Rob Tapert's names upon it.

Even the disc is a waste. Puff-pastry Making Of, a selection of deleted scenes so awful that even the makers knew when to back off and some uninspiring FX breakdowns.

If you have any passion for movies, particularly the horror genre - which is actually my favourite genre - then you must avoid this film. Don't give Stephen Kay the impetus to create any more empty shams.