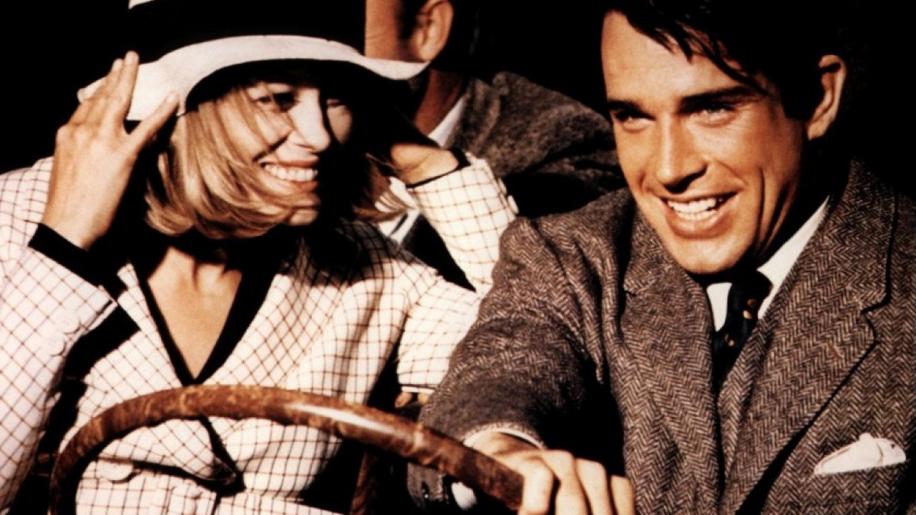 Looking back over his career, I was surprised to note just how few movies Warren Beatty has actually done. In about the best part of fifty years he's only done about twenty films, hell in the last twenty years alone he's only done 5. Now I would not be so shocked, but for the fact that this guy's proven himself to be capable of some top notch performances, and pretty good writer/director skills too. His political projects, Bulworth and Reds, showcase his multi-talent capabilities, and his powerful lead in Bugsy was a tour de force but his successes were too few and far between. It all started pretty well - his early, acclaimed performances in Lilith and Mickey One, followed by fame in Bonnie & Clyde, and a couple of good roles afterwards with McCabe & Mrs Miller and The Parallax View, but his work soon became pretty hit and miss. It's difficult to grasp just where things went wrong - it must be partly his own bad choices (Ishtar was a monumental flop up there with Waterworld and Heaven's Gate) and partly Hollywood's poor taste (for all his critically acclaimed work, it was Dick Tracy that pulled in the most bucks) - but the end result is that you can't help but feel it would have been nice to have more decent work from Beatty. Still, with Bonnie & Clyde shooting its way to the next generation Blu-ray format, it's the perfect opportunity to take a step back and look at where his success truly began.

With the US struck by the 1920s Great Depression, Bonnie Parker - a bored small-town girl - chooses to hook up with a charming, dangerous stranger named Clyde Barrow, freshly released from prison. Desperate to eschew their mundane lives and avoid the poverty and hard work of a normal job, they take up armed robbery, and - pretty soon - they find out that they have a flair for it. Robbing banks across the Midwest it is not long before they become famous and the public start to actually view them as celebrities, an updated variation on Robin Hood, the presence of Bonnie only adding to the glamour and humanity of the couple. The authorities, however, still see them as cold-blooded, murderous, criminals that should be put down like animals. How long will it be before this dynamic duo are caught, captured or killed?

Based on the real-life crime couple, Arthur Penn's romanticized take on their lives was not actually that far from reality. In a time when the majority of the American public were disdained by the omnipotence of the rich businesses and the corruption of the authorities, it was easy to understand why the working class found much in common with these two 'anti-heroes.' In some ways, they were doing what everybody struck by the Depression wanted to do themselves, and the presence of a woman - Bonnie - made it even easier for them to be related to, often being dubbed as “Romeo and Juliet in a getaway car”. This type of criminal pairing has been replicated - to mixed effect - in everything from Leon to Kalifornia to - most obviously - Oliver Stone's Natural Born Killers, but where Natural Born Killers blames the media and the stupidity of the public for the popularity of the killers, Bonnie and Clyde paints their plight in a much more sympathetic way.

The movie itself is a milestone in filmmaking for several reasons: extremely violent (it is supposedly the first movie in which you get to see a gun-shot and the resulting bullet impact in the same frame), it also boasted some controversial (for the time) storylines involving Bonnie's overtly sexual behaviour and Clyde's struggles with impotence, as well as the aforementioned glorification of criminal behaviour. Even the studios' hesitation with its release, and belief that it would be unsuccessful was proven wrong, the unfounded R-rating also failing to abate its popularity.

Warren Beatty basically made his fame and fortune with this movie. Taking an unprecedented 40% share of the profits (because the studios felt the film would not be successful, they offered him this instead of the usual up-front acting fee), the 2.5 million dollar movie saw a twenty-fold return and rocketed Beatty to stardom. His quirky but cool crack-shot criminal, Clyde, was a perfect counterpoint to Faye “Chinatown” Dunaway's flirty, highly sexed Bonnie. I've always had mixed feelings regarding Dunaway - I'm not sure she always suits the romantic leads she was placed in - but here she plays it just perfectly and looks pretty stunning to boot. It is a superb pairing, with great chemistry, and plenty of fairly honest relationships pins thrown into the mix. Aside from these pivotal two, we also get to see young Gene Wilder and young Gene Hackman, the latter already showing his considerable talent, even at this early stage.

Bonnie and Clyde hit all the right notes with the public during their reign, and this interpretation capitalises on the more romantic depiction of the duo, without holding back on the violence that ensued. It's a top crime drama, with great characters, superior performances, and an enthralling story. And despite the ending being inevitable, the way in which the movie still entices you in and makes you root for these two is unique. This all-time classic comes highly recommended.