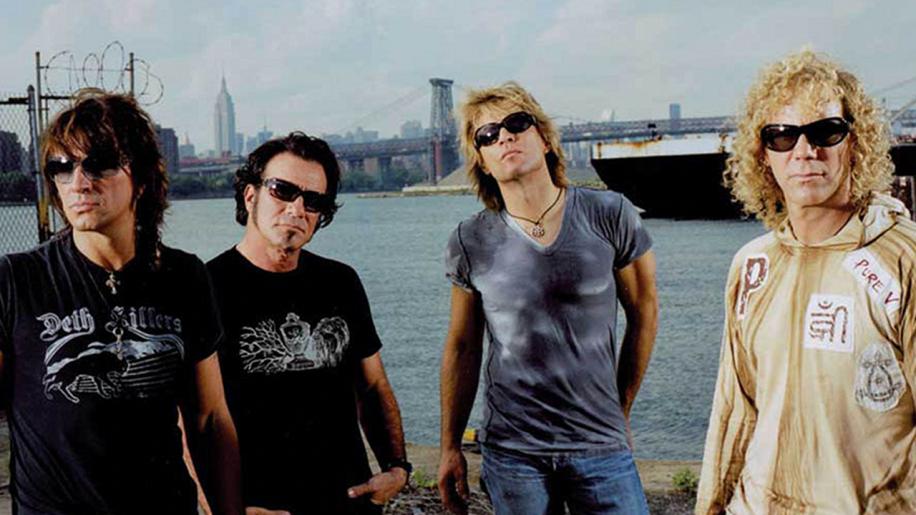 In November 2003 Bon Jovi released a greatest hits CD with a twist; titled This Left Feels Right it comprised completely reworked versions of their well known rock songs which had been re-recorded in an acoustic style perhaps more fitting with the band member's ages - lead singer Jon Bon Jovi is 41 after all! It's not an easy task for a rock band to revamp their image, especially one whose identity is so well entrenched in the minds of such a huge fan base.

Now the band have taken a step further along the road of re-invention with the release of their new DVD which shares the title of its CD counterpart - Bon Jovi - This Left Feels Right - Live. Recorded on November 14th and 15th of last year at the Borgata Hotel Casino & Spa in Atlantic City Bon Jovi shared for the first time their new “eclectic” style in front of a relatively small live audience. Do they carry it off, or is this new image to be a short-lived affair? Personally speaking I thought the show was a hit from start to finish and although there were times I wanted to give old Jon a nudge in the hope that he may let rip vocally, I found myself enjoying their new acoustic style. With a simple set - four large screens showing seemingly random images surrounded by a myriad twinkling stars - and a straight forward stage presence it struck me that aging rock stars need not grow old disgracefully after all and Bon Jovi's new image proves that with enough talent just about anything is possible.