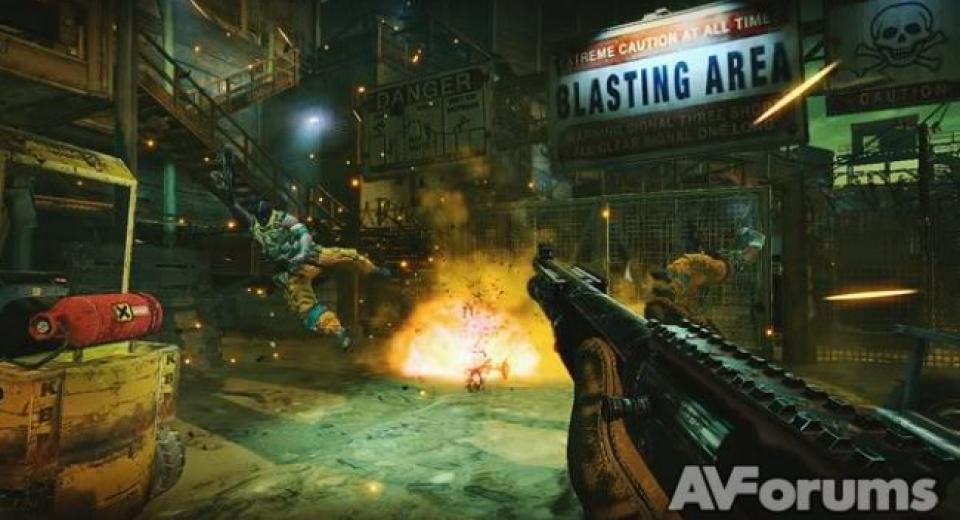 Thankfully, were coming to the end of what has quite frankly been another poor summer for video games. Granted we’ve seen a couple of good looking games (Deus Ex) but other than that it’s been another shocker. But there’s light at the end of the tunnel in the shape of September and October with a host of big titles coming our way. But before that, Codemasters has entered the fray with its new title Bodycount.

Best known for their racing titles such as Dirt and the F1 series, Codemasters are stepping into uncharted territory here, possibly with the intention of getting their foot in the First Person Shooter door. From the graphics, audio and overall positive experience of their racing titles, it would be hoped that these would transfer onto their new title too. Something that should reassure gamers is that Stuart Black, who was best known for his work on the original Xbox and PS2 hit Black, was on-hand as director for a short while through development. Surely then, he would know a thing or two about creating a successful shooting title and pass his knowledge on to the rest of the team? Here’s hoping….. Before you even play the game, the title itself evokes thoughts and feelings about what you expect the title to comprise of; big on shooting and have a general sense of ‘shoot first, ask questions later’. Generally, this is correct as you enter every level with the intention of killing everything in sight with little care for sparing anyone in the process. Fortunately, the shooting of things is probably the most satisfying aspect of the game and allows you to be creative in how you achieve your target.

In a similar way to which Bulletstorm rewards creative kills, Bodycount does so too in a less dynamic and extensive manner. What the game calls ‘Skillstreaks’ can be built up from popping off headshots (more on this later), blowing the hell out of enemies with grenades or explosive barrels or simply finishing them off whilst you’re low on health. Doing this builds up your score, which you are graded on at the close of each level. For those concerned about such things, score building allows you to reach higher positions on the global leader boards, so Skill-killing is key if you’re intent on becoming the highest ranked player in the world.

Generally, Bodycount falls well short of the mark in terms of story and narrative which is unsurprising given that it is supposed to be an arcade title, but the game suffers as a result. I’ll try and explain the gist as best as I can; you play as Jackson, an agent of the Network (wow, creative name) and he is sent across the world rather sporadically to settle tensions between African militia and the native Police force. Yes, resolving a conflict falls into the hands of one man once again.

On your travels, you see some of the grittier parts of Africa in the form of shanty towns and mining villages, whilst you also take a trip to Asia and to Xuchang to stir up some trouble there too. Most locations are well designed as well as looking very good in terms of detail whilst the game generally takes place outdoors so you rarely feel like you’re being spoon fed through dreary corridors or forced down a specific route. Unfortunately though, you can’t create your own path through the destruction of buildings and walls, as was anticipated from the earlier stages of development. Granted you can bring down the odd fence or wall, but there’s nowhere near as much as other titles such as Battlefield or Red Faction. As the game focuses heavily on its gunplay, the selection of weapons that are unlocked throughout the campaign prove to be satisfying and effective when it comes to downing adversaries. Ranging from the humble silenced pistol, to the ridiculous ‘plasma bomb shooter’ you will find comfort in some of the arms you can select from the weapons cache. There is one massive flaw throughout the entire game though that often ruins what should be an enjoyable experience; that is the appalling AI.

Sadly, this is something that has been a recurring trend in titles recently and ruins every single one of them as a result. For a game that pushes you to be creative in the way you kill enemies it’s hard to do so when many of them run head-on at you and must be eliminated in the good old bullet sponged way. Which, I hasten to add, you are not rewarded for so aiming for the head is always the way forward. That’s something else that is too easily achieved; headshots. Combining the fact that your weapons are far too accurate over long distances and that enemies have magnets inside them which attract bullets to their melons, don’t be surprised if your round fired at their torso ends up in their brain. Oh and the occasional knife slash will also land you a headshot.

Hand-in-hand with their lack of intelligence, is their lack of differentiation. Every enemy looks exactly the same in each given area that you fight through. Even the heavy units are just your bog standard enemy who has been hyped up on steroids and an unhealthy amount of protein.

Periodically, you are granted the ability to unleash hell on your copy-and-pasted adversaries in the shape of exploding bullets, temporary invulnerability and even calling in air strikes. These ‘OSB upgrades’ as they’re named, can be utilised upon the acquisition of intel which you attain from dead enemies. Not only does this come in copious supply, but it also makes one of the most satisfying noises in the world when you absorb it.

Dying in the real world is something that most of us take care to avoid, but in Bodycount you will never fear the repercussions of the grim reaper’s scythe. Instantaneously upon pressing the A button when you have ‘expired’ you find yourself back at the most recent checkpoint with some lessons learned and you’re ready to go once again. No dull loading screens or depressing side-scrolling information whilst you wait in sight, but do expect to be re-loading saved data as often as you do your weapons. More often than not there’s very little sense of your character taking damage and even when you think you’re safely tucked behind solid cover, don’t be surprised if you get popped off. On normal difficulty, Bodycount won’t take much more than six hours to complete, and even on that run through you can quite easily pick up 600/700 worth of gamer score so for many there will be little reason to replay the title at all. In terms of multiplayer, there’s a co-op mode which features a generic survival game that takes place over different story inspired levels.

If you feel compelled enough to try the online competitive modes, then don’t be at all surprised if you can’t find a game due to low participants. If you do get into a lobby though, you can take part in your bog standard deathmatch modes alongside modes where you must collect intel from downed adversaries in order to achieve the upper hand in the form of power-ups.

Overall, it’s hard to recommend Bodycount as a game that you will feel that you have spent a worthwhile £40 on. If it had a more compelling and extensive campaign then maybe so, but the final nail in the coffin is the very poor online content. Renting this title will be the best option for the majority of gamers out there, and what with the big boys of the genre nearly upon us it’s unlikely that Bodycount will be in the spotlight for any great length of time.

Bodycount attempts to deliver an arcade package that negates many extras and concentrates purely on its gameplay. Whilst the shooting and guns are immensely satisfying at times, it can’t cover up what are some monumental flaws with the rest of the game. A lack of compelling (or understandable) story, shocking enemy AI and some audio drop-out holds the game back from true arcade status.