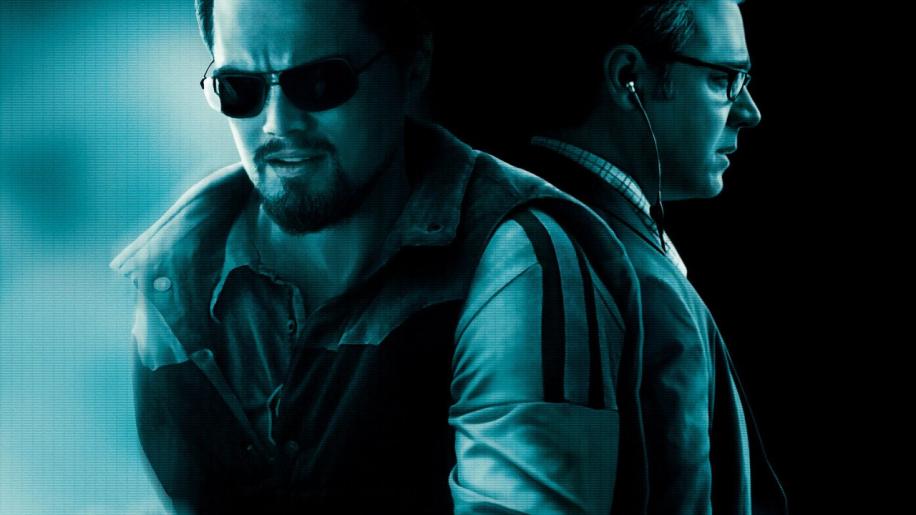 When I saw the title of this movie I thought twice about watching it as I thought it was a movie starring Madonna. When I saw the pics of Leonardo DiCaprio in the film, I thought it was just a quick 'cash in' on his role in 'Blood Diamond', so I wasn't enticed. When I saw that the director was Ridley Scott, that was an entirely different matter for then I was persuaded to take the time to watch the picture.
When you know that someone with a track record like Scott is involved then images of 'Alien', 'Bladerunner', 'Gladiator' et al come to mind and a certain excitement about the project is stirred.

But do you know what? After seeing the film I just felt - so what?
I didn't care about the characters, I didn't like them, I didn't know them - I hadn't been sucked in by the movie.
Visually it looked great, the story was intelligent and required the viewer to think but there was nothing new here for me. After 30 minutes, I found my attention wandering from the screen. I started thinking about putting the kettle on and foraging for snacks.
So what's it all about, in a nutshell?

Set in the Middle East, the CIA's hunt is on for the mastermind of a wave of terrorist attacks. Roger Ferris (Leonardo DiCaprio) is the agency's man on the ground, moving from place to place, scrambling to stay ahead of ever-shifting events. An 'eye in the sky' satellite link watches his every move. At the other end of that real-time link is his boss Ed Hoffman (Russell Crowe), strategizing events from thousands of miles away.
In Amman, Ferris co-operates with Hani Salaam (Mark Strong), Jordan's head of security, whose only rule is "Don't lie to me." The Americans are in pursuit of a cleric, Al Saleem (Alon Abutbul), who leads the group placing bombs all over Europe. When Hani rebukes Hoffman's demand that Jordan allow the Americans to use one of Jordan's double agents, Ferris and Hoffman hatch a plan to bring the cleric to them. The plan is complicated by the requirement to keep it a secret from Hani and also by Ferris' attraction to Aisha (Golshifteh Faharani), a local nurse.
He has intel (information) that Al Saleem may be behind the terrorist attacks, but lacks any evidence to apprehend him or any of his associates. His plan to implicate Dubai-based Architect, Omar Sadiki (Ali Suliman), not only fails but Aisha is also abducted and he must decide whether to surrender himself to her abductors to negotiate her release or leave her to their mercy.
To reveal more would be to spoil the film for fans of this type of movie.

It's not a bad film at all, it's just that we could have benefited from learning more about the main characters, particularly Ferris, up front. We need to find something that we can identify with in a character, in order to be able to care about them.
Okay, we get the love story between Ferris and Aisha introduced about half of the way through the movie and we see him try to observe local customs, but we feel he's not sincere. This is no criticism of the acting, as solid performances are given by all concerned - indeed DiCaprio, Crowe and Strong are all very credible in their roles. It's just that it seems so clinical.

There's some attempt to harness our emotions by the subtle use of filters. In Amman, everything has a slightly warm look, while on visits back to the USA the footage looks slightly blue. The aim being to represent the emotions of the characters.


Strangely, the character I warmed to most was Hani Salaam, played by Mark Strong. I liked his ethics. I liked the fact that while he was responsible for arranging beatings as punishment, he also knew that torture didn't work, so he used alternative methods of persuasion for that purpose. I felt he was intelligent - and in the end it is difficult to decide whether he is friend or foe, but he may just prove more of a saviour to Ferris than his Machiavellian boss back home.

The film is fast paced, the action is loud and sudden. Ferris does whatever he has to in order to make things work out - and in that sense he's a bit of an automaton.
His actions seem callous, life is cheap (or irrelevant) to Hoffman - as long as the CIA gets what it wants. Maybe that's what it's really like, out there in the field.
Please note that I've written this review totally avoiding reference to the Bourne films.


As much as I wanted to become involved in this film, I have to be honest and say that it just didn't do it for me. I really expected more from Ridley Scott. Maybe that was the problem.