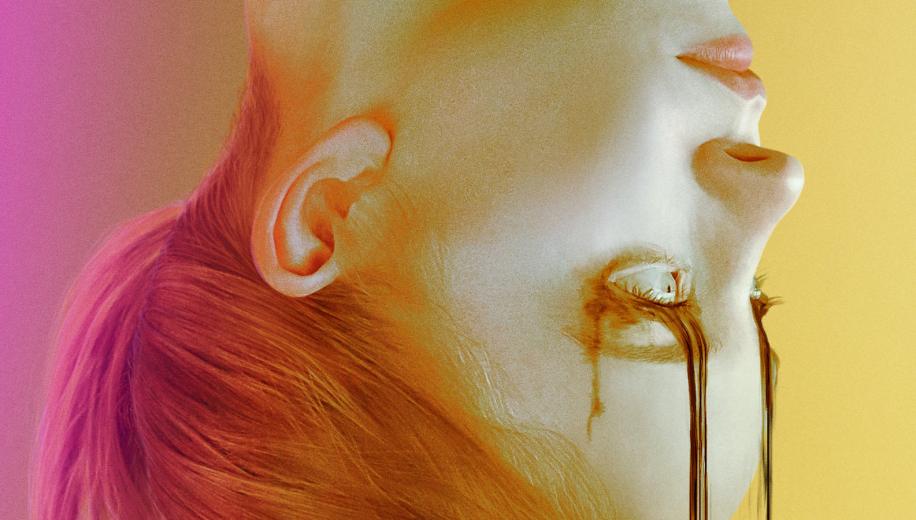 For those dedicated to viewing all four parts of the BH “horror” collection on Amazon Prime, you can find solace in the fact that you’ve saved the best for last. Unhampered by its small budget, well put together and tightly focused, Nocturne does a solid job of pulling up the average quality of the quartet by a couple of notches.

At an elite boarding school for musically gifted students, Julia Lowe and her twin sister Vivian compete for the spotlight and an acceptance letter from world renowned arts college, Julliard. Vivian has always been the more outgoing, more successful, more naturally talented of the two girls, but with the discovery of an ex-classmate’s notebook containing cryptic messages and images, Julia suddenly finds her abilities, and ego, growing exponentially.

With its slow boil psychological tautness and its premise of witchcraft meets high art, Zu Quirke has imbued Nocturne with something missing from a lot of the studio’s output: namely, a simple but effective idea, given a slightly new twist, and executed well. Nocturne feels distinctly like the idea of one very competent person. Though the plot is essentially Suspiria meets Harry Potter and the Half-Blood Prince – reductive and crass but not inaccurate - it is a remarkably confident first feature from the British writer and director.

Quirke creates a tight, tense atmosphere through her use of colour, shadow and reflection and, while her plot seems at times to be going through the motions, the presentation is always enough to keep the film convincing. The repetition of images of stars, eyes, and burning makes for some very striking stills as well as giving the Icarian plot a compelling visual boost. Quirke’s aptitude with haunting imagery is tested a little when it comes to the film’s only traditional horror element, but she pulls off a jump scare with relatively little fanfare and orchestrates a final, sharp, brutal tableau to end on.

The production design is also effectively understated. Stripped back, but never cheap looking, the sets reinforce a blankness and emptiness which works to greater accentuate the moments of inspiration experienced by Julia as she studies her new music notebook. The notebook itself is a fun little prop full of vaguely portentous tarot inspired sketches which hides two cryptic messages. One is really neatly tied into the significance of the book to Julia and to its previous owner. The other is so blindingly obvious from the get-go that when a scene crops up in the second act to portray Julie discovering it for the first time you wonder how on earth she gets by in any class other than music. But it’s not offensive. It’s just about at a level of movie logic that is likely to be acceptable to most people

However, for all Quirke’s visual magic, she can’t seem to conjure up a stand-out performance from any of the cast. Sydney Sweeney has the most scope as Juliet, a wallflower hiding a bubbling resentment of her sister but in the situations where she should be spitting venom, she rarely stretches beyond huffy and indignant. Madison Iseman as her twin, Vivian, also misses all her opportunities for depth, opting instead for some very flat high school bitchiness. It’s not just the teens who have been taking acting classes from One Tree Hill who let the side down. Ivan Shaw as the whip-cracking, amoral music teacher is no JK Simmons as he floats around being a pretentious jerk for no good reason. As an ensemble, they are not up to the task of populating this smartly made film with the sinister and devious characters it requires to fully get off the ground. The most disappointing thing about the film is how plain it is to see how little it would take for it to be really good.

As the only entry into this new anthology franchise that could have garnered a decent audience without the BH moniker, Nocturne doesn’t try anything spectacular, instead focussing on finely crafting and honing a couple of ideas so that they work as well as possible within the means available. There is a lot to be said for that.