Basically a 90-minute PSA on why you should listen to your mum. 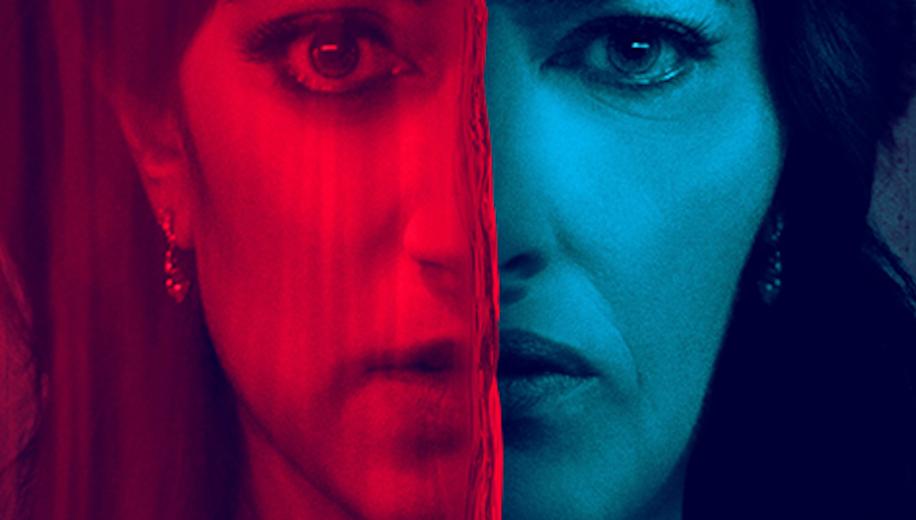 With a remote relationship between family members at its heart, Evil Eye is another timely addition to the Amazon Prime streaming collection.

Part of Amazon’s collaboration with Blumhouse, Evil Eye is adapted by playwright Madhuri Shekar from her audio play, which made ingenious use of voicemail and phone conversations to tell a modern tale with ancient underpinnings. This film adaptation is produced by Priyanka Chopra Jonas, and represents part of Amazon and Blumhouse’s commitment to diverse representation both on and off screen.

Pallavi (Sunita Mani) is living the Asian daughter’s nightmare in that; she’s in her late 20s, she’s not married, and her mother is concerned. Her mum, Usha (Sarita Choudhury) has moved back to India from the States and is initially pretty relaxed as far as desi mothers go, with just a faint hint of marital pressure for her single daughter. That is, until she starts meddling and setting up Pallavi on dates in the hope that she’ll be married off in no time.

As luck would have it, just when Pallavi is waiting for Usha’s nominee to arrive at their date, her soulmate happens to wander in (Asian men: they’re just like London buses). Sandeep (Omar Maskati) seems like everything Pallavi’s been looking for – rich, handsome, charismatic, interested in her. Rather than being delighted at this love match, Usha is soon racked with terror that Sandeep is actually the evil reincarnation of her ex-boyfriend who attacked and scarred her three decades ago.

A neat, compelling thriller that’s worth more than a glance

If you’ve watched Evil Eye’s trailer, you’ve seen quite a lot of the film. It’s basically a 90-minute PSA on why you should listen to your mum (and also that chilli powder not only enhances a dish, but makes a handy weapon).

Twin filmmakers Elan and Rajeev Dassani do a great job of capturing the cultural dissonance that many second generation South Asian kids feel in Western culture – moments like Pallavi’s half-joke that her lack of chai skills make her a failure as an Indian feel authentic and are a nice way into brown culture that stands this film apart from the crowd.

Despite an interesting concept, a couple of really wonderful performances and a really important subtext, the film never really lives up to the depth of the original play. There, listening to the audio of the mother-daughter calls, you really get a sense of what a real-life relationship feels like. Watching Pallavi and Usha talk on the phone on-screen just doesn’t carry the same weight throughout the film.

Equally, the rich and beautifully-toned Delhi scenes blow the non-descript New Orleans setting out of the water; indeed, the Louisiana location seems a bit of a missed opportunity, visual wise at least. That said, the film’s editing by Kristina Hamilton-Grobler is excellent, jumping gracefully between past and present, from Delhi to the Big Easy.

For what’s ostensibly a psychological thriller, there’s not too much thinking that has to go on and Evil Eye has an ending that you’d have to be blind not to see coming. There’s a bit of tension, but rather than it building and reaching a fever pitch, it sort of just falls away. The film’s got a lot to say about culture, domestic abuse, trauma and familial ties, but it doesn’t quite strike the balance between important issues and tension like fellow Blum-backed favourite Get Out did.

However, there is more to the film than meets the eye, evil or otherwise. Though ostensibly about a mother-daughter relationship, it’s also a deep-dive into the lasting effects of domestic abuse, and the insidious ways victim-blaming sinks into into even well-meaning minds. There’s a scene where Usha’s husband Krishnan (Bernard White) says that what happened to Usha thirty years ago won’t happen to Pallavi because “she’s not like that” that plays as one of the most chilling moments of the whole film. Then there’s the speed at which Sandeep moves in his relationship with Pallavi – paying her rent and buying her expensive gifts – that Usha shows us are classic red flags.

As the title suggests, there is an element of Hindu faith and what might in another film be played off as superstition at play here. Usha repeatedly checks that her daughter is wearing the Evil Eye bracelet she gave her to ward away evil, and in other filmmakers’ hands perhaps the film could have here veered into at best cultural stereotypes and at worst racist fun poking. The Dassanis make light work of sensitively approaching Hindu and South Asian culture, deftly showing the cultural pressure on young women to get married and the prevalence of kundli (astrological readings) in matchmaking without straying into unnecessary stereotyping.

Evil Eye might not be the most scary thriller, and it might lean less on the supernatural than its exterior suggests, but the horror at its core is very real indeed

Where the film might feel a little flat, it’s brought vividly to life by a superb lead performance by Choudhury. It’s not everyday an actress in her mid-fifties is presented with such a well-rounded, three-dimensional lead character these days; Usha is worldly, well-travelled, intelligent, loving, vulnerable and intriguing. Mani is also excellent as Pallavi, playing her as believably sceptical and endearingly vulnerable.

At a time where instances of domestic violence have skyrocketed – in India, where much of this film’s action is set, it’s even being called the “next pandemic” – this film seems especially scary. The terrifying social commentary it provides sort of makes up for the lack of serious horror tension within the movie itself.

Evil Eye might not be the most scary thriller, and it might lean less on the supernatural than its exterior suggests, but the horror at its core is very real indeed. A neat, compelling thriller that’s worth more than a glance.