I’ve got my finger on the Pulse etc… 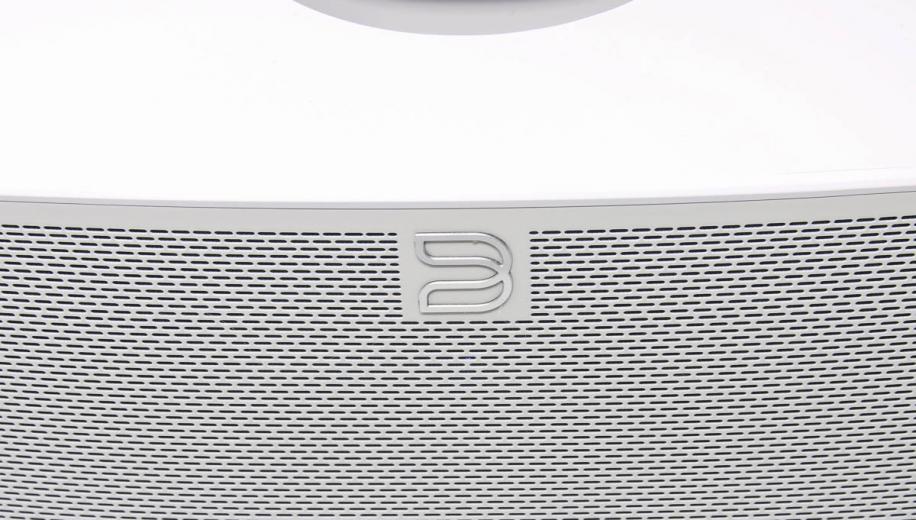 What is the Pulse 2i?

The Bluesound Pulse 2i is a self-contained wireless network speaker and the largest of these products in the current Bluesound range. We’ve already looked at the Node 2i and reached the conclusion that this little white box is one of the very best affordable streamers on the market - the perfect thing to attach to an AV receiver that is a little on the lacklustre side in that regard. As such, it should be a no brainer to assume that popping the same interface into a standalone speaker should be a bit of a winner.

The extra engineering requirements of making a decent wireless speaker mean that we shouldn’t simply assume though. It sounds counter intuitive but the number of different directions that the designers of a product like this are pulled means that this is arguably more challenging than making a high end device. A Pulse 2i could just as easily have YouTube as its primary content source as Tidal. It might be listened to on axis, it might be asked to sit in a corner and fill an unconventional space instead. All this needs to be factored into the design.

We also have to consider if this is the best form factor at the price. We’ve seen soundbars that cost buttons and do everything plus clever powered speakers and separates at this fairly hefty price point. Is this still a competitive way of getting a decent, room filling sound at the asking price or are there now some better approaches? Let’s find out. The Pulse 2i is built around the same BluOS operating system as the Node 2i so to save needless repetition, you can read about some of the basics in that review. It’s worth reiterating a few details though. BluOS is a closed system. If you have a third party UPnP app (bar one), the Pulse 2i will not appear on it. In this regard, it is more Sonos than Yamaha’s MusicCast for example.

In terms of the sheer spread of product though, BluOS is more like the MusicCast system. As well as the Bluesound range of products - itself considerable - it is fitted to a very wide spread of NAD products including the AV receivers and the Masters Series high end models. This means that you can technically start with an all in one speaker like this and end up with a whole house of heavy duty NAD goodness. It might even include other brands too going forward as the software is now being licensed out.

The one exception to the third party software is a good one though. Should you wish, you can control a Bluesound product with Roon. I suspect that the Venn intersection between people who will buy one Bluesound speaker and pay out for Roon will be limited but if you have a Roon ecosystem, the Pulse 2i will join it. It’s telling that a company with a very good app still feels adding Roon integration is worth it. I hope other companies are taking notice. For people of a shoutier disposition, you can also integrate the Pulse with an Amazon Alexa. The Pulse is built around four drivers and is a stereo product insofar as the left and right channels are handled separately. Each channel gets a 25mm tweeter and a 133mm mid bass driver. The amplification is class D and there is a dedicated amp per driver. In the case of the larger drivers, you get 65 watts while the tweeters have 10. There are no radiators or bass ports which should ensure that placement is a relatively simple too. Bluesound is at pains to stress that the arrangement of the drivers and amps is ‘direct’ - that is to say more in keeping with an active speaker with the crossover in front of the amps and the amps direct coupled to the speakers. This promises the best efficiency possible and gives some hope that the impressive claimed frequency response of 45Hz to 20kHz is achieved.

The streaming module offers the standard wide spread of streaming services and includes some refinements like MQA support on Tidal and Hi-Res support via Qobuz Sublime+ and this is combined with Hi-Res via the streaming module too. Bluesound has also combined this with AirPlay 2, Bluetooth v5.0 with aptX and a combined optical and analogue input on a 3.5mm connection. In short, the Pulse does a great deal. One thing that you can also do is have a pair of them run in stereo. I have to be honest, at £750 a pop I think the number of people that actually do this can be counted on the fingers of one knee but it’s there if you want it.

Like most of these products, the Bluesound is fundamentally a box. It’s a nice box though. I find myself getting possibly a little over excited about plastics these days but the Pulse is made from a substance that feels rather pleasant to interact with and a cut above many rivals. Bluesound has integrated the controls into a sort of grab scoop at the top of the speaker and this makes placing it easy to do. The curved rear edge helps to minimise the overall mass too. Like the Node 2i, I feel that Bluesound deserves praise for fitting a small selection of backup controls on the top of the speaker. It makes stopping it in a hurry so much easier. The Pulse 2i feels well assembled and in keeping with a premium product. The only issue for it is that for the money, it feels workmanlike rather than special. Less money will secure the less elegant but indisputably impressive Edifier S3000 Pro or the smaller but rather more stylish Naim Mu-So Qb. The Bluesound feels like the largest and most sophisticated of its type but rapidly homing in on the point where other options are available. How was the Pulse 2i Tested?

As a standalone product, the Bluesound was connected to an IsoTek Evo 3 Aquarius for mains power and placed on my wireless network where it had access to a Melco N1A for content and the outside internet. An iPad Pro was used for the app and an Essential PH-1 for Bluetooth testing. An LG 55B7 OLED was briefly connected via Optical too. Material used has included FLAC, AIFF, ALAC, MP3 and MQA from NAS and on demand services such as Qobuz, Tidal and Deezer together with some internet radio and broadcast and on demand TV services. Setting the Pulse up for the first time is an object lesson in how this process should be done. You actually get excellent literature to help you but the process is so effortlessly straightforward, I would be amazed if anyone has ever had to read it. The apps are easy to find and both Android and iOS are excellent examples of the breed. It really is one of the very best operating systems going at the moment and it makes many rivals seem fiddly and unreliable by comparison. No less importantly is that it scales effortlessly as you add more devices.

As we’ve noted, the Bluesound is at the top end of both size and price for a speaker of this nature. The good news is that in terms of pure room filling ability, it isn’t at any disadvantage to twin chassis rivals. At one third of its output, the Pulse 2i isn’t ‘loud for a one box’ it’s a genuinely visceral sounding thing. My test phase with the Bluesound coincided with the latest release from Paula Temple, Edge of Everything. This is Techno with a capital ‘T’, a cross between club music and two machines having a fight. Normally, something like the Bluesound would not be my go-to device for this sort of thing but it does a fine job.

Much of this is down to the bass response. The Bluesound has genuine and impressive bass for a single unported cabinet and the lack of ports or radiators means that is stops and starts with commendable urgency too. This weight imparts a scale that is enough to keep music sounding real and possessed of the sort of scale that it needs to sound right. Move away from the pounding techno and on to the rather more conventional Walking to New Orleans by George Benson and the Bluesound gives the supporting brass enough weight to be a real and palpable force. The tonality is good too although there is a very pronounced ‘step’ in the performance. Below a certain (admittedly fairly low level), the presentation is a little recessed and soft. Increase past that point though and it begins to open up considerably. This also extends to the soundstage. Now, this is a thorny area because ultimately, as a single chassis product, the Pulse 2i isn’t really capable of generating a stereo image. It does, however, manage to avoid the most obvious perception of the sound coming from a single place. The louder you can run it, the better this effect gets although it does start to harden up a little once you’re really pushing it. It might be best to view the Pulse 2i as a room filling sounding speaker though - it will always lose out to a stereo pair but sat off axis in a lounge it will ensure that every occupant receives a reasonable facsimile of the music being played.

One area where the Pulse 2i really has considerable ability is as a TV speaker. The shape of the Bluesound isn’t perfect for the task- it’s going to need a complete shelf under a TV to not intrude into the viewing area but it does a great job of taking the events on screen and radiating them away towards the viewer in a fashion that is very convincing. A quick viewing of The Accountant on Amazon Prime sees the Bluesound manage to sound big and convincing, able to give gunshots the scale that they deserve and keeping dialogue clear and easy to follow.

No less impressive are the various extra features. Bluesound took a little while to get AirPlay 2 up and running on the 2i products but now they have, it works in an entirely stable and reliable fashion. It provides a quick and simple connection option for iOS users and would allow a Bluesound product to be incorporated in an unaffiliated network of similarly equipped device. The Bluetooth implementation is also brilliant. It’s unconditionally stable and used with Tidal, it’s harder than you might expect to tell it apart from Tidal streamed from the app. All of your ‘points of contact’ with the Pulse 2i - be they on the device, on the app or third party transmission systems - all exude impressive quality and stability. The only catch to the Pulse 2i is that there are times where £750 feels like quite a lot for the Bluesound. If you listen to it and use it you can see, hear and feel where the money has gone but when you’re holding the money, there are devices that can generate a genuine stereo performance for the same money. It’s probably too expensive to find use in kitchens and the like but it then faces competition from devices in its own family like the Powernode (effectively a Node with an amp attached).

If you need a single chassis speaker though, it’s hard to ignore just how good the Pulse 2i is across so many different functions. What it offers is excellent performance across the very wide selection of features and functions it possesses. No less importantly, it ties it together with a control and user experience that is genuinely excellent. It’s not cheap and there’s plenty of competition but very little feels as well sorted as the Bluesound does. For this reason, this big but capable all in one comes Highly Recommended.