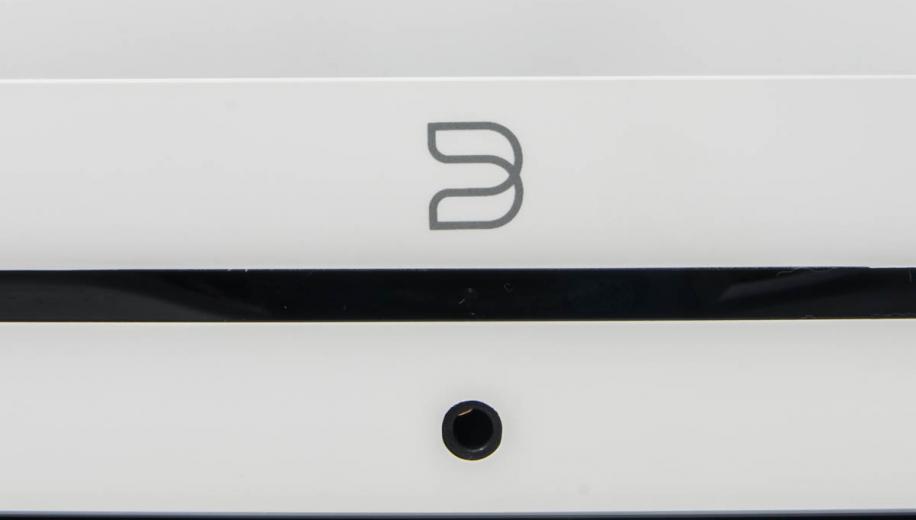 What is the Node 2i?

The Bluesound Node 2i is a network audio streamer that is part of a complete range of second generation streaming products from Bluesound. Bluesound is part of the Lembrook group of products that also includes NAD and PSB. The Bluesound product range has focussed on network audio and does so around a dedicated interface that has evolved over time.

The timing of the new Bluesound line is auspicious because the world of streaming audio is slowly starting to conform to some new rules. These are simple enough in concept but shake some conventions of Hi-Fi to the core. Put simply, network audio equipment lives or dies on its software. It doesn’t matter how rock solid your build quality is, how minute the panel gaps are and even (albeit to a lesser extent) how potent the decoding hardware you have employed is - if the product is a pig to use, it won’t shift many units. At the Munich show earlier this year, it was possible to witness a few manufacturers recognise that they simply cannot produce (or obtain) software of sufficient quality to compete. Some companies are moving to DACs which simply need a competent front end with a digital output to do their thing. The Node 2i is a standalone streamer. This definition is important because it forms part of a family of eight components that cover a lot of ground. There are three self contained network audio speakers, a sound bar and matching subwoofer and the three Hi-Fi components of which the Node is the simplest. There is additionally a Power Node which adds amplification to the Node and the Vault which is both a player in its own right and a server for other Bluesound products.

This is also an important distinction because the Bluesound ecosystem is an interesting halfway house between being closed and open. The Node 2i uses a process of network shares to access network content and these don’t need to be on a Vault to be accessed - it had no trouble finding my Melco for example. Only the BluOS control app can perform this process though - if you fire up a third party control app, the Node 2i won’t be visible. The caveat to this is that the second generation of Bluesound products all support AirPlay 2 so they will form ad hoc partnerships with any other AirPlay 2 products you might have - in my case, a newly updated Naim Mu-So Qb that lives in my kitchen.

If this all sounds a little similar to Sonos well, frankly, it should because it is. There are some distinctions to Bluesound that are potentially very important though. The first is that it supports all the commonly encountered streaming formats bar DSD and handles PCM up to 24/192 which gives you some useful headroom over the resolutely 16/48 capable Sonos. This comes with support for Qobuz Sublime+ and native MQA decoding of Tidal Masters. In short, the Bluesound supports both Hi-Res and the easiest ways of accessing Hi-Res. It also supports a huge number of other streaming services, with only Apple Music and Google Play music being absent from the list. Wiretap advocates will be pleased to note that it is compatible with Amazon Alexa.

The other key difference is that the BluOS software has escaped the bounds of Bluesound products and now powers a large quantity of NAD products too. This means your ‘closed’ system of products can also include things like the NAD T777v3 and the rather lovely Masters Series components as well as more prosaic members of the NAD range. All of a sudden, the scope of the system you can assemble starts to rival the Yamaha MusicCast platform. Of no less interest is that in August 2018, Monitor Audio and Roksan signed up to start using BluOS too which suggests, it might be an option for some other companies to join up in the future.

The Node 2i combines this software with a Burr Brown DAC of unspecified type which outputs to a pair of RCA outputs and a separate subwoofer out. If you want to use it as a digital head unit, it comes with both an optical and coaxial digital output. The only slight misstep for me is that while there is a USB-A connection on the back of the Bluesound, it is for accessing sticks and thumb drives and can’t be used as a digital output. It is reasonable to argue that the file support of the Node 2i doesn’t require a USB connection but it is something supported by the Auralic Aries Mini which is, in many ways the closest rival to the Node 2i in standalone terms. Auralic also fits a single optical input on a 3.5mm connection and Apt-X HD Bluetooth.

The chassis that this is packed in is roughly half width and made from plastic. This rather prosaic description doesn’t really do justice to the Node 2i though. It manages to feel surprisingly solid and rather elegant. The white review sample looks excellent thanks to the use of black detailing that breaks up the slabs of white. No less useful is the presence of some hard controls on the top of the chassis that will silence the Node 2i without recourse to the app. In the absence of a remote handset, this is very handy. Of course, the really good news is that the app itself is a cracker. BluOS is always a slight mystery for me because it magically leapt from being solid, if rather uninspired to something that is genuinely lovely to use. Like a few other apps, it caches your music library on the controlling device which takes a while to do the first time but ensures that the browsing experience is seamless and quick. Access to streaming services is simple and quick and controlling multiple Bluesound (and BluOS compatible) devices is very easy to do. No less importantly, setup is a breeze - completely logical and something that I would hope anyone over the age of eight could do in under two minutes.

Is it perfect? Not quite. Bluesound uses a play queue system which I traditionally hate. Here it is relatively inconspicuous but when you have finished playing the album you selected, it does have a habit of playing something you selected sometime previously once it has finished. So long as you remember to clear it, it is OK though. The other annoyance is that the optical input selection is buried in a settings menu in the app and isn’t the quickest thing to select. These are minor gripes though and have to be judged against the stability, slickness and flexibility of the BluOS app as a whole.

How was the Node 2i Tested?

The Node 2i has been used connected to a Naim Supernait 2 integrated amplifier largely connected to a pair of Acoustic Energy AE1 Classic standmount speakers. A Melco N1A has acted as the network share and control has been via an iPad Air and an Essential PH-1 smartphone. These have also acted as the AirPlay 2 access point and source for testing AirPlay2. Tested material has included lossless and Hi-Res FLAC and AIFF files, Tidal, Qobuz and Deezer and a limited amount of internet radio. We have established that the Bluesound does enough via its software to ensure that you want to use it, which means it now simply faces the more conventional challenge of sounding good. I will be honest and admit that I wasn’t quite expecting just how good it does sound though. With my music library cached on the app, I selected Aha Shake Heartbreak by the Kings of Leon, for no real reason than I hadn’t listened to it in a little while. This is a deceptively well recorded album. It can come across as a little brash and forward but there’s an impressive amount of dynamic range and attention to the placement of the band members. The Node 2i does an effortlessly good job of capturing the energy and passion that was the hallmark of early Kings of Leon material. It then also demonstrates a solid turn in the ever thorny issue of timing.

Timing is, and forever will be subjective. I can’t point to a specific facet of a product’s measurements and say “that’s the effect/appearance of it” (although that isn’t to say that somebody else couldn’t though) but there is a fundamental rightness to the presentation of the Node 2i that makes it a consistently happy product to listen to. It is also something that I have found myself able to listen to for very long periods. I am prepared to believe that this might have something to do with the DAC. The absence of the near ubiquitous ESS Sabre means that while the Bluesound can miss a little fine detail here and there, it does so without the slightly etched presentation that some (but by no means all) ESS products can demonstrate. In fact, this combination of fleetness of foot and slight tonal darkness means that, at times, the Node 2i is uncannily like my old Naim ND5 XS (a presentation that Naim themselves are gently evolving away from with their newer equipment) and for £500, I really don’t think that is a bad thing. This tonal balance also means that the Node 2i is able to sound entirely happy with lower bitrate material too. Deezer is taking a lot of the strain in my current living space because it doesn’t come out of my broadband allowance and on the Bluesound, it sounds more than reasonable (and, of course, is supported natively in the app). The clever part of this is that if you treat yourself to some Hi-Res from Qobuz, it rises brilliantly to the challenge. As an all rounder, it takes some beating.

The extra functionality is also well thought out. Being able to group totally different manufacturers' products together over AirPlay 2 is more useful than I might have appreciated in an abstract sense and if you have an Apt-X HD compatible Bluetooth device, the performance of the Node 2i via Bluetooth with lossless material is imperceptible from network audio. The optical input is, as noted, a bit fiddly to engage but it works well enough once you do. It has to be said that if you are looking for something to partner up with a TV, there are other Bluesound enabled products that might more readily fit the bill so I can understand the way it has been implemented here.

As noted right at the beginning of this piece, network audio products live or die first and foremost on their software. In this regard, the Node 2i is on very safe ground. BluOS has been honed into a seriously capable platform that balances the various mainstream requirements we have of products like this in a way that is fast, slick and stable. If BluOS is now being offered to other companies to license, the people behind DTS Play need to get their house in order because they are a long way behind.

Where the Node 2i tips over is the level of performance it offers. The only streamer at a similar price that can keep it honest is the Auralic Aries Mini which offers a specification that offers more flexibility for setting up a single unit at the expense of fewer streaming services supported and a rather narrower platform of supporting products. This is the final killer blow landed by the Node 2i. There are so many other BluOS products to partner it with that it generally has answer for every requirement people are likely to have of it. This is a brilliant product that does everything you could reasonably ask of it and more and if you are looking to spend under a £1,000 on a network streamer, the Node 2i has to be seen as the Best in Class.