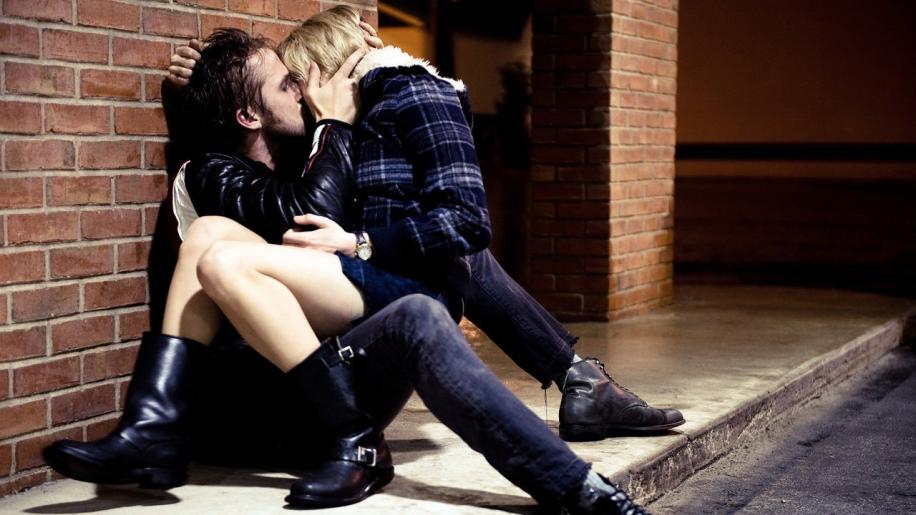 I recently had to endure one of the worst romantic comedies that I have ever seen, How Do You Know – shockingly by the same writer/director who gave us not one, but two, particularly unusual rom-com dramas, which barely fall within the category (As Good As It Gets and Spanglish) – and, in a genre that is so bloated with wasted potential and lacklustre ideas, it’s a shame that even top directors can no longer bring something new to the mix. Inevitably, there will be a change, but I’m almost disappointed that it hasn’t come in the direction of more decent quality romantic comedy-dramas, rather than quality offerings at the opposite end – in what appears to be a new sub-genre – the anti-romance. There have been tentative steps in this direction, with both the disappointing The Break-Up (I guess people should have guessed by the name, but this was a surprisingly serious – and distinctly unfunny Vince Vaughn / Jennifer Aniston vehicle) and the similarly mismarketed 500 Days of Summer essentially attempting – unsuccessfully – to crack into this new sub-genre; and the excellent Garden State faring considerably better. Blue Valentine represents the most recent (legitimate) success: telling romance exactly how it is – warts and all.

Dean and Cindy are a young married couple with a sweet little daughter who they both love very much. However, it’s a struggle coping as young parents, and, unfortunately, their feelings for one another have worn with time: they have become bitter and tired; never getting enough sleep; snapping at one another; arguing all the time, and over nothing – it’s not easy. But it wasn’t always this way between them – there was a start to this relationship: Dean was once an unqualified young man taking up any job he could, working hard as a removals man, and wearing his heart on his sleeve; Cindy was a young student nurse who had had a number of sexual relationships and was at a point in her life where she wanted to settle down – pregnancy causing her to re-evaluate her promiscuous nature. They found each other – Dean falling head over heels in love with her; Cindy thinking that this could be the relationship for her – and made a go of it.

“I feel like men are more romantic than women. When we get married we marry, like, one girl, 'cause we're resistant the whole way until we meet one girl and we think I'd be an idiot if I didn't marry this girl she's so great. But it seems like girls get to a place where they just kinda pick the best option... 'Oh he's got a good job.' I mean they spend their whole life looking for Prince Charming and then they marry the guy who's got a good job and is gonna’ stick around.”

The beauty – or tragedy – of this insightful anti-romance is that it perfectly encapsulates the reasons why some people get together; the agendas that the people in a relationship have; the changes they undergo – both as individuals, and as a couple – and the misunderstandings and miscommunications that go from being challenging during the moments of getting to know one another, to being damaging when their tolerance levels are pushed to the extreme. Much of this will be hauntingly familiar to anybody who has been in a relationship – whether good or bad – as it clinically deconstructs the somewhat naive notion that pretty much all of us have with regards to fairytale romance. It’s called ‘fairytale’ for a reason, after all, and yet audiences simply lap up conventional, Hollywood picture-perfect visions of relationships – unquestionably unrealistic in the extreme. And whilst it might, occasionally, make for a nice bit of escapism – movies like Blue Valentine excel at redressing the balance, and showing us how real life is, for better or for worse.

This is Director Derek Cianfrance’s second directorial effort, and he’s a fresh new spirit who has clearly captivated festival audiences and critics alike with this excellent feature. His filmmaking style is of often handheld documentary-esque sequences, apparently seldom doing more than one take for every shot, and allowing the actors to improvise many of the scenes – giving a very natural, honest and realistic feel to the dialogue. He also cleverly adopts a dual-timeframe style which charts the central story of the couple in two different eras (even shot using different cameras) – their current mutually destructive downward spiral clinically observed using a Red One Digital Camera, juxtaposed with the warm, touching moments that brought them together in the first place, captured on Super 16mm (as used in Black Swan and The Wrestler, with the same from-behind-the-character shots as Aronofsky favours). We get to see the couple as they were; as they used to look at one another and laugh with one another; as they used to love one another – and directly compare to the daily torture that they appear to be going through in the present; arguing, sniping at one another and genuinely making you wonder why they ever got together in the first place. Which is surely exactly the question that the Director was hoping to answer by this whole project – we’ve all seen couples constantly fighting and complaining about one another, and wondered why on earth they are together. Cianfrance’s insightful exploration of the truth behind relationships shows exactly how things can go wrong, without hinging the whole narrative on any one incident, but instead painting a slow-burning portrait of love and hate, and of the things in life that can turn the tables on our relationships as much or even more than our own actions. Does his long-gestating, and very personal project warrant any criticism? Well, not really – it’s just shy of perfect, perhaps mildly affected by the same affliction that appears to be common to all anti-romances: there’s no such thing as a ‘happy’ ending (the excellent Punch Drunk Love may just be the exception). Which, for as much as it effectively neutralises all the unrealistic saccharin endings in romcoms over the years, is also not, in itself, the only possible outcome in real life. But for all the blind faith and preposterous notions of ‘love at first sight’ which Hollywood has thrown at us over the years, it’s only right that filmmakers like Cianfrance should bring us back down to earth with a thud.

Ryan Gosling (The Notebook - it's interesting to note that he's now starred in one of the best straight romances and one of the best anti-romances) and Michelle Williams (Shutter Island) are simply astounding as the two leads. Gosling’s definitely one to keep an eye on, strumming around the Indie circuit on a regular basis, occasionally dabbling in more mainstream projects, but never really giving up his passion for the art – aside from this tour de force performance, this year also sees him deliver in comedy terms (Crazy, Stupid, Love – alongside Steve Carell) and on action duty (in Drive). Dawson’s Creek’s Michelle Williams has always been good at playing emotionally whimsical and perpetually depressed, but here she somehow manages to rein in her regularly fraught behaviour in favour of a more rounded, authentic portrayal. And it’s clear that the two of them did indeed spend (literally) years preparing for the role, getting to know the characters – and one another – and playing out the scenes as if they were actually living these lives. I definitely think Gosling has the edge though. They may both be great performances, but his is more like a dual contribution – his present-set persona so distinctively different (not just visually) from the person who we see in the flashbacks, and not just in looks, but also in attitude and outlook.

“I never want to be like my parents. I know they must've loved each other at one time... but to just get it all out of the way before they had me... how do you trust your feelings when they can just disappear like that?”

Blue Valentine really hits the mark as an insightful, honest look at how relationships grow, and how they are eroded with time. It will hit you where it hurts, making you look at both your past and present relationships, draw parallels, wonder about those people in your life you have loved, but – at the end of it all – you just couldn’t stand to be with. And beyond just your relationships, it posits life-changing questions about your personal goals and aspirations, giving you pause for thought and provoking in you a need – however small or briefly felt – to reassess who you want to be, and whether you are that person yet. Whether you really want to be a career-driven, successful, big earner, or just a good parent who is happy with what they have in their children. It’s all in here, in this heartbreaking look at the potential tragedy of so-called love at first sight; at the things in life which can tear us apart in spite of how much we may want to be together.