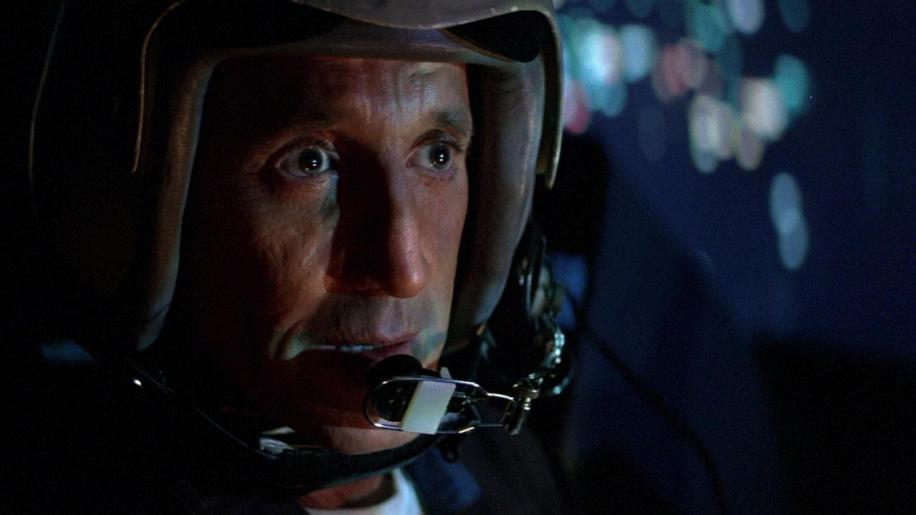 Of all the unlikely superheroes Michael Crawford must be the unlikeliest. In 1981 he starred as Condorman, a little known superhero, created in the comic book world, by Woody Wilkins, who himself gained a government contract to build all the fantastic devises he needed to become Condorman. Of those devises one was an extraordinary car with all sorts of armour, surveillance and other paraphernalia to enable it to become the ultimate spy car. Of course, James Bond had been driving such vehicles since 1964. But it was not until 1982 and Knight Rider that the all encompassing car was a mainstay on TVs everywhere; and with it hailed a new dawn of sophisticated vehicles able to achieve any manner of technological wizardry. There were incredible motorbikes, an incredible truck and my personal favourite Night Boat - though that only had one TV appearance on the Simpsons. These technical marvels were not limited to the ground either, there were two helicopters, Air Wolf and the original, Blue Thunder, armoured police 'copters used for various missions each week. However, Blue Thunder had a far bigger and a rather different outlook when he (it has to be a he) made his first appearance on the big screen in 1983. 'Blue Thunder' was the nick name given to a highly armoured army helicopter equipped with sophisticated filming and sound recording equipment, able to see and hear through walls, at night, and then feed that information into a computer network able to call up all information about everyone; it was also armed with a six barrel Gatling minigun able to fire four thousand rounds a minute; it is the ultimate in urban surveillance and control. To put this craft into context, George Orwell's prophecy of 1984 seemed to be in everyone's mind in the early eighties, paranoia seemed to be the buzz word, still reeling from Nixon and the Vietnam War America was gripped in a state of nervous tension. What better way than to exploit that tension by releasing a film about the very paranoia on peoples mind; thus Blue Thunder was borne.

Frank Murphy (Roy Scheider) is an ex-Vietnam war helicopter pilot working for the L.A. Astro-division; he's slightly on the edge being plagued by a war crime committed while he was flying and occasionally suffers from an undisclosed 'wig out'. During a routine surveillance trip Murphy is asked to break in a new partner Richard Lymangood (Daniel Stern) and with him the pair fly off course to do some impromptu voyeurism. Whilst there a serious attack on a councillor is perpetrated, even though their presence might not have saved the day, they are both grounded by their tough but fair captain (Warren Oates). Unsatisfied with the official report on the death, Murphy starts to dig a little himself, but soon finds himself drafted back to active duty when the military wish to test a new urban police helicopter, dubbed Blue Thunder. It is a highly sophisticated piece of military hardware, equipped with enough surveillance equipment and armament to run a war by itself. On a test flight, Murphy and Lymangood stumble upon a threat by some government officials that involved the death of the councilwoman and the future for Blue Thunder; in order to break the conspiracy Murphy steals the aircraft to ensure the recorded conversation is distributed and those concerned are brought to justice.

The film as scripted above is a far cry from the original screenplay by Dan O'Bannon and Don Jakoby which concerned a psychotic cop shooting up L.A. with a helicopter. No studio would accept such a script so taking on board the paranoia aspect a government conspiracy plus the intrusive capabilities of the helicopter were brought to the forefront but still leaving in the action. And what action it is, computer graphics are all very well and good, but there is nothing like seeing two helicopters duke it out in and around the real streets of L.A. It is in fact this last third that really raises this films standing because the rest of it is rather weak. For example the conspiracy angle is all rather ill defined, what the actual plans were for the helicopter are never discussed but are hushed up with the death of the councilwoman; it is the death that spurs Murphy into action. Why or how Murphy suddenly gets his flight status back is never explained and is a huge contrivance to get him back in the frame; surely an 'on the edge' pilot suffering post traumatic stress syndrome is not the ideal candidate to fly such a sophisticated machine? Scheider's portrayal of the burnt out cop is ok as it stands, it's just that he never gets to develop where the character is going, there is little motivation for his actions and the hints given don't seem quite enough to justify his actions.
Already available as a barebones disc since 1998, it was high time for a revisit and I'm glad to report that this is a special edition, read on to find out how.