Blue Man Group:How to be a Megastar Live Movie Review 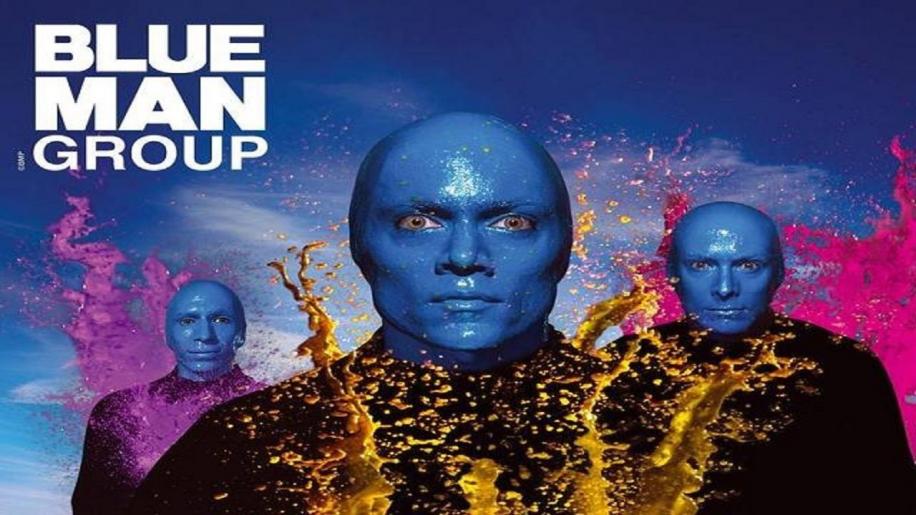 One of the benefits of reviewing Blu-rays is that you get the opportunity to see material that you would not automatically consider buying. The reason we don't buy new things is that we have pre-conceived ideas of what we like - and this can cause us to miss out on many a good thing.
I'd only vaguely heard of the Blue Man Group and when the disc arrived I thought “Oh no, please God, not a rock concert.”
I'm a movie fan, but I eventually overcame my prejudice and sat down to watch the filmed live show with the full expectation of being bored and gaining a headache into the bargain.
It just proves how wrong you can be.

For those who (like me) know little about them, the Blue Man Group comprises Chris Wink, Matt Goldman, and Phil Stanton - three talented guys with an innovative approach to percussion instruments, lighting effects, technology and vaudeville as well as a fetish for painting their heads blue. Now, these guys have got something. I don't know what it is, or if it can be cured with Penicillin, but they've definitely got something.
Any group that can hold my attention for 98 minutes and make it seem a lot shorter, is doing something right.

'How to be a Megastar Live!' is an event filmed in 2007 at the American Airlines Centre in Dallas, Texas in front of an audience of 40,000 fans.
It takes an amusing swipe at all the clichés surrounding the world of rock music. The experience begins with the Group downloading a manual full of instructions, and then following each step as they head out on the rocky road to superstardom. It's a fully interactive experience, with the Group members often calling on their audience to participate in their inventive routines.

The title of their show could also be '101 uses for plastic drainpipe', as they have constructed a large percussion instrument from the same material you'd buy from a builders merchants. They demonstrate the principle using short lengths of pipe, banging on it with large plastic spoons, then showing the effect of lengthening or shortening it - which varies the tone and pitch of the note produced.

Moving on to their larger construction they use it, integrated with a backing rock group in several musical numbers. The word is 'impressive'.

Now, if this was all they did the novelty would soon wear off,
They add to their 'orchestra' by using a large, rubber headed hammer on the wires of concert piano, mounted on its side on stage.
Another musical instrument is what looks like a selection of large whip aerials of varying size. The whooshing sound produced by 'whipping' them through air is used to creative effect - similar to 'scratching' on a vinyl record.
When all three sounds are combined and incorporated into rock numbers, the sound produced is amazing.
To add to the visual effect, they use large kettle drums, lit from inside, with coloured paints poured on to the drum skin. When the drum skin is struck, the result is a volcano of colour.
This is a true audio visual experience.

In another part of the show, two audience members are 'persuaded' to come up on stage wearing white T-shirts.
One BMG member throws what looks like gumballs at another who catches them (at a considerable distance) in his mouth. They turn out to be paintballs and he uses them to create a spray painting on one audience members' T-shirt.
Another similar, mesmerising routine using marshmallows is better seen than described.


The use of programmed LED lights is particularly fascinating during the musical number 'I Feel Love' performed by female vocalist Adrian (that's how it's spelt in the credits) Hartley in a colour banded dress. The LED colour bands change in time to the music as do patterns on the guys' suits.

These are just some of the inventive ways that both high and low tech are used in the 'How to be a Megastar Live' show.
One word of warning, though. There are strobe effects used on stage for a short time.
If anyone suffers from epilepsy, it's probably safest to cover your eyes at this point.


The group appeared at a sell out concert at the London O2 Arena on Sunday February 15th 2009, the day before this Blu-ray went on release in the UK. They'll be performing two more shows in May 2009, but until then the only easy way to see them is on Blu-ray.