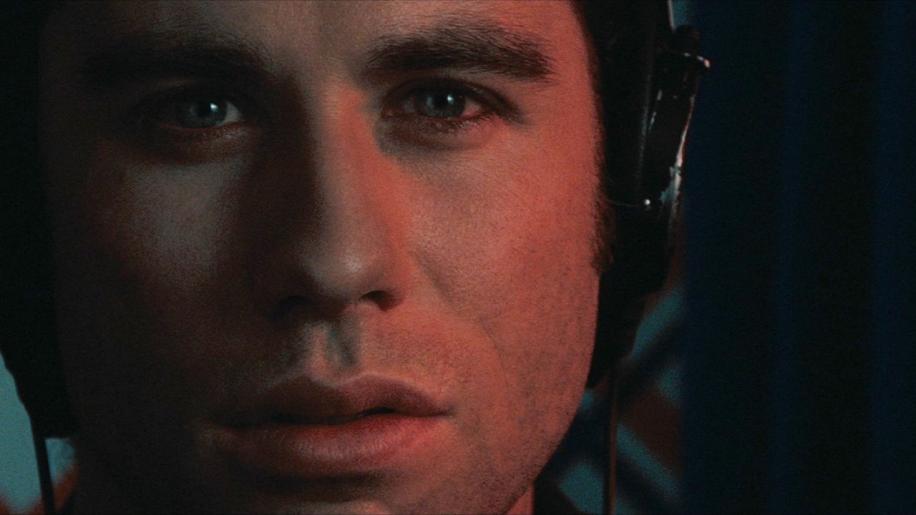 Who are your favourite film directors at the moment? The all-time greats will always involve the likes of Hitchcock and Kurosawa, or Scorsese and Malick for those who are still in the game; and then of course you have the relatively new talents – from Chris Nolan to David Fincher. Personal taste can also dramatically affect who you like – obviously – with more adventurous directors (e.g. David Lynch) often proving to be simply too surreal for across-the-board acclaim. Back in the late 70s and early 80s things were changing a great deal in Hollywood in terms of directorial power-play. Fresh new non-conformist directors were increasingly getting a chance at having their visions realised – with Scorsese getting Taxi Driver and Raging Bull made, and Coppola managing to accomplish the treacherous production feat that was Apocalypse Now. Around the same time, a certain friend of Scorsese’s, Brian De Palma, who had already made about a dozen movies, and was already renowned for the supernatural horror film, Carrie, was making Blow Out. After the relatively straightforward political conspiracy thrillers of the era, All the President’s Men and The Parallax View, De Palma would visit the same territory but make a movie that defied genre restrictions.

The story follows a sound technician, Jack Terry, who is working on a low-budget exploitation film, trying to find a suitable scream for one of his Psycho rip-off shower scenes. Out one night recording environmental sound-effects for his archive, he focuses on a car in the distance. He hears a sound, assuming it’s a tyre blowing, as the car veers out of control, crashes through a barrier and plunges into a lake. Immediately he dives in and manages to rescue a woman from the car. But the driver is clearly dead. It turns out that said driver was a Presidential candidate, and that nobody wants to admit to there being anyone else in the car. And when Jack discovers evidence in his sound recordings that would indicate that there was another ‘bang’, prior to the tyre blow-out, which could have been a gunshot, he finds himself opposed by police who don’t want to believe him, and hunted by a mysterious stranger who may just want to silence him and the girl – the only other witness – once and for all.

Blow Out is an excellent mystery thriller, which utilises a complex multi-layered approach, yet never once feels convoluted; taking us on a suspenseful voyage through the more seedy hotspots of Philadelphia as the onion layers are peeled back and we find out that there is more and more going on beneath the surface. In fact, it’s not until that final closing shot, after which you can reflect upon all that you have thus far experienced, whereupon you realise just what a masterstroke of filmmaking this is.

Although there are clear parallels between De Palma’s Blow Out, Antonioni’s earlier Blowup (which explored a murder revealed by the close examination of a blown-up photograph), and also Coppola’s The Conversation (itself inspired by Blowup), the end result here is a very unusual breed of film, almost unclassifiable in terms of genre affiliation. It starts off as nothing more than a standard scream-queen horror, but soon you realise that this is just a movie-within-a-movie, and that De Palma is just messing with you. Instead he takes it in a different direction, playing with themes of suspense thriller, romance, and political conspiracy thriller, and even returning to a few twisted ‘horror’ moments. All the while his story overtly alludes to the way in which films themselves can distort an audience’s perspective; how sounds and visuals can be manipulated to different ends.

It was considered De Palma’s most accomplished work to date (at the time), a production which saw him pooling all of his honed skills into a mix that simply worked. Looking back, my favourite De Palma movies are still probably (in order) Carlito’s Way, Scarface, and The Untouchables. Credit should also be given to Casualties of War and Carrie, and even Mission: Impossible and Snake Eyes, but I’d never really given Blow Out much consideration – I just assumed it was another tacky remake of an undisputed classic – until I found out that Criterion were getting their hands on it.

Adapted from a script he wrote that was originally entitled Personal Effects, De Palma considered casting Al Pacino in the lead role – which does give me pause to wonder how it might have turned out with said legend at the reigns – but he eventually settled on John Travolta, who was, at the time, seeking to do something a little different, and landed arguably his best early era part here. His Jack Terry might have had all of the stereotypical traits of a movie hero, traits which would later become more than a little clichéd in later movies, but they seemed much fresher and more natural here. Jack’s an ex-cop, with a tragic past, and a determined desire to get to the truth, irrespective of the disbelieving majority that he faces, and yet in the hands of De Palma and Travolta, Jack is a much more complicated individual, really quite a frustrating protagonist, who is so caught up in his own technology that he seldom stops to focus on the bigger picture. There are several standout moments which really show Travolta’s early era skills as an actor, not least the most famous shot of horror in his face, as he listens to the scream that he has finally found for his film producer boss.

Casting Nancy Allen as the female lead was, in my opinion, something of an odd choice. I know what De Palma was trying to do with the character, offering us a portrait of a woman who almost seems like one of the characters from the film-within-the-film exploitation flicks come to life. But she’s just too painfully squeaky-dumb for me – like the prostitute that Steve Martin picks up in The Man with Two Brains – and her voice alone can often bring the proceedings down a notch. De Palma had previously cast her in both Carrie and Dressed to Kill – and I find it hard to believe it was a coincidence that they were also married during this period – and, although it’s clear that she was ‘acting’ here (her later excellent supporting performance in Robocop is a testament to that), I just thing the character was too offbeat, even for a non-conformist production like this. It’s worth also noting a young Dennis Franz (who later appeared in Die Hard 2, before taking on his career-defining role in NYPD Blue as Detective Sipowicz) and a young-ish John Lithgow (was this guy ever actually young?), the latter playing the mysterious man lurking in the shadows.

The score, provided by Pino Donaggio (who had done all of De Palma’s movie up until that point – and a couple more afterwards), is undeniably dated; an at-times jarring rendition whose only salvation is the fact that it too is attempting to play against type, misleading the audience at every turn, whilst also heightening the tension at all the appropriate moments. Still, even though it occasionally drifting into riffs that are certainly Dirty Harry-cool, it’s still distinctly 80s, and unfortunately all the worse for it.

But really this movie was all about Brian De Palma crafting the perfect mix of his skills as a talented director. Famous for his dual-focus shots – a very clever style, which was popular in the 80s, whereby both a foreground and a background object can be in focus (it uses a split-diopter lens) – for his striking angles (although this became much more prevalent in his later projects – look at Mission: Impossible), his overhead shots, his 360-degree pans (the one in the sound recording department is an astounding feat of cinematography), and his split-screen usage, De Palma would finally bring them all together in Blow Out, also adding in his first ever use of steadicam shots. Furthermore he, rather cleverly, utilised all of this striking camera-play not just a defining style but also an integral element of the plot itself. Every single unusual shot is used to get us closer to the protagonist, almost inside his head, in order to understand the way in which he is processing his dilemma, and the way in which he reacts to it.

De Palma pieces together the mystery for us, using both sounds and visuals, without ever spoon-feeding us, instead allowing us to experience the plot developments as if we were personally involved in the mystery. And despite the fact that the story had an over-reaching plot that was essentially a conspiracy involving the potential assassination of a presidential candidate – a topical theme at the time, both after Watergate and JFK (and that dead-body-in-a-car-in-a-lake incident involving the younger Kennedy brother, Ted) – it felt much more personal than all the comparable political conspiracy thrillers at the time. De Palma exuded mistrust in the establishment, ever since innocence crumbled in the conspiracy-laden sixties when he first started out; his counterculture non-conformist attitude was prevalent in every project, in every shot, and perhaps never more so than with Blow Out.

Of course many would argue that without Hitchcock, there would never have been a De Palma; a solid theory given the latter director’s affinity with twist-laden suspense using audiovisual wizardry. But is it such a bad thing? Far from taking the Gus Van Sant approach, as in Psycho, De Palma’s use of Hitchcock is more as an inspiration for his work. Furthermore it was normally more of an overall nod in style than an overt homage – you know that he was influenced by the master of suspense, but you can’t always pin-point exactly how. And in Blow Out any Hitchcockian brushstrokes were largely obscured by the quintessentially 80s style that pervaded the piece, and by the clever stylistic reversals that De Palma utilises to develop the master of suspense’s trademark shots (other than at the beginning of Psycho, Hitchcock was known for his point-of-view shots from the protagonist, and here De Palma almost entirely follows the protagonist – through the eyes of the antagonist).

At the end of the day many viewers may find Blow Out quite a frustrating voyage into 80s-era De Palma work, a film which may well transcend genre restrictions but is also desperately handicapped by its inherently dated trademarks. Still, if you can accept it for being a product of its time, you will be richly rewarded. You will find that it boasts a perfect marriage of all of the undeniable skills of its New Hollywood director, taking you this way and that – from sleazy exploitation flick to political conspiracy thriller to Hitchcock-inspired suspense film – and playing with your senses, offering up an intriguing dual narrative of an audio-visual ‘event’ that become an obsession with a worker in the film industry, juxtaposed with the audio-visual ‘experience’ which the director himself is feeding the audience whilst telling this story. Blow Out works on so many different levels, its involving story developing in so many different directions, all at the same time; and as a consequence it draws you in and keeps you gripped throughout. A highly potent suspense film, with the underbelly of a bleak, 70s-esque political conspiracy thriller, De Palma’s visionary effort here remains both a landmark event in the changing Hollywood playing field of the time, and a classic example of this director’s myriad talents working in perfect harmony with his complex narrative design. Recommended.