Bloodstained: Ritual Of The Night Review 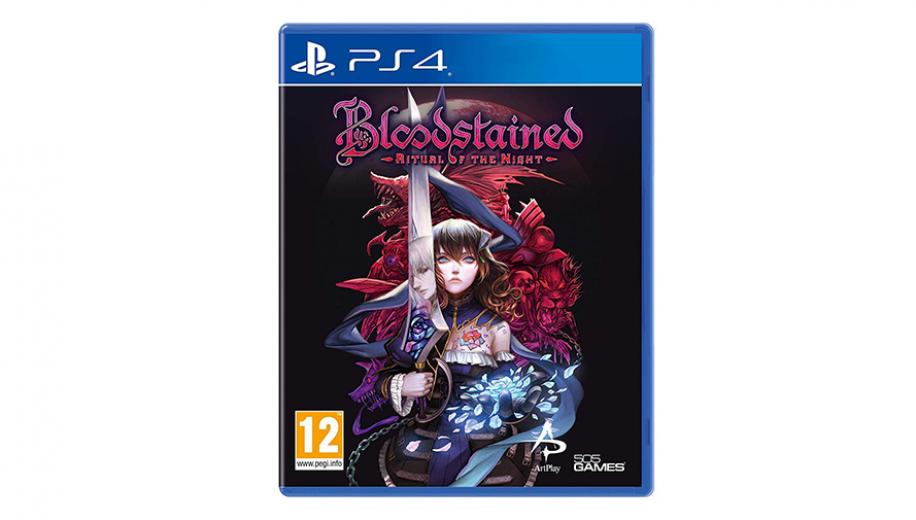 Bloodstained is a game born of a simple dream – to have Castlevania legend Koji Igarashi return to his throne and put together a dream team in order to create a brand new Symphony Of The Night-style Castlevania RPG in all but name. Unsurprisingly, that dream proved pretty popular among fans, and the project quickly went on to be one of the greatest Kickstarter success stories of all time, amassing well over $5 million in support.

Fast-forward four years and the dream is finally a reality, with the game now available to everybody, not just those who had the confidence to throw money at it back in 2015. It's hard to imagine any such person being disappointed with the end result – we were promised a spiritual successor to Symphony Of The Night and its GBA/DS stablemates, and that's exactly what Bloodstained is. The Metroidvania sub-genre has gone from strength to strength in recent years thanks to modern classics like Ori & The Blind Forest and Hollow Knight, but there's still been a gap for something a little deeper and more technical... a gap Bloodstained manages to slot into perfectly.

Heroine Miriam is a Shardbinder, capable of collecting and using the powers of defeated demons, not unlike the Soul system in Castlevania: Circle Of The Moon. Fortunately, there's no shortage of foul beasts from which to procure these powers in the massive and mysterious castle that awaits. Some of these abilities are purely for putting out a little more damage via elemental blasts or summoned creatures, others assist in mobility and exploration, while some grant helpful passive bonuses to core stats and resistances. You can only have one in each slot at any time, so mixing these up based on what you're up against is crucial, especially in tougher areas. If you've ever played any of the games Bloodstained pays homage to, so much of it will feel instantly familiar that it's tricky to know where to begin. Structure and progression seem the obvious places, as the concept of an expansive and labyrinthine map to explore with the help of a steady flow of new abilities is a staple of the genre itself as a whole. Bloodstained's version is fantastic, housing secrets and mysteries galore, offering imaginative ways to open up new routes, and showcasing a fantastic degree of variety.

But the similarities extend far beyond this most basic of levels, even into some granular details – back-dashing can be crouch cancelled and is the fastest way to get around in the early game (exactly like SOTN), special attacks can be used ahead of learning them just by experimenting with inputs, and there are even some direct callbacks to Symphony, such as bouncing the librarian's chair and equipping the sword familiar as a weapon after sufficiently levelling it up.


There's no shortage of foul beasts

Even in the face of a legion of oh-so-obvious comparisons, Bloodstained still finds ways to feel fresh and original. The right stick can be used to move Miriam's hand with 360-degree freedom, used either to manipulate certain objects or to unleash precision shard powers assigned to a designated slot. The alchemy system also brings a new level of depth, turning even basic monster drops into potentially useful resources and letting you build your own gear to order once you find the relevant recipes. There's even a cookery system as an offshoot of this, granting permanent stat bonuses the first time you eat a new dish – going out of your way to farm enemies for random drops becomes far more lucrative when they can potentially award gear, materials, shards, or ingredients.

A familiar structure sees a lot of the key abilities gated behind the typically excellent bosses, although there are just as many times when progress may require a little more lateral thinking. Some of these abilities are expected staples of the genre (such as the double jump), but many offer much more creative movement options, something that is always welcome in the genre, as seen in the likes of SOTN's versatile animal transformations and Ori's super-satisfying Bash ability. Bloodstained's 2.5D art style has been a hot topic ever since the game was first announced, but one of the game's last pre-release trailers set out to directly address concerns of fans who weren't happy with how the game looked. Its final, polished form is really quite beautiful for the most part, especially compared to some of the pre-launch visuals that were released. It's clean, colourful and stylish, with some lovely effects and lighting to bring the gothic environments to life. If anything, it can get a little bit busy in some areas and make reading combat a little tricky, but such instances are the exception rather than the rule.

Audio isn't quite so impressive, and that's both a surprise and a bit of a shame given the pedigree behind this aspect of the game. Music comes courtesy of revered Castlevania composer Michiru Yamane, who undoubtedly delivers a few incredible tracks, but the best of them are either frontloaded into early areas or have already been heard in trailers and the like, while the rest are still decent but far from her best work.

Voice acting is in the same boat, and even the likes of David Hayter (Metal Gear's Solid Snake) fail to elevate this side of the game – Symphony Of The Night had that so-bad-it's-good thing going on like so many other PlayStation games, while Bloodstained's performances generally coast along as unremarkable at best. We can't pretend we wouldn't have loved to see similarly hammy quotable lines galore, but there's no denying that IGA's approach here does lend the game slightly more credibility as a proper narrative work.

Bloodstained takes this opportunity to try to tell a slightly more involving story than the usual “go kill Dracula and stuff” of most Castlevania games but again, the results could be better. The main focus is on the action, peppered with the odd cutscene that shows a good guy going bad, a bad guy going good, or something similarly predictable. It's passable and doesn't get in the way of the great gameplay (and indeed sets up some pretty cool moments at its best) but when the most interesting parts of the lore are buried away in the collectable tomes scattered around the map, it's safe to say it's probably not the most captivating of stories. Not that it needs to be, it must be said, as you'd struggle to find much of a story at all in anything Castlevania that isn't Lords Of Shadow or the Netflix series.


Lovely effects and lighting bring the gothic environments to life Bloodstained: Ritual Of The Night Review

The most impressive thing about Bloodstained is the extent – and quality – to which it manages to successfully achieve what it set out to do. We're no strangers to being short-changed by Kickstarter projects that fail to live up to their own hype, but Bloodstained is one of the most robust and impressive games yet to come off the crowdfunding production line, and there's more to come – new modes, characters, and options are still planned for after launch, but there's plenty in just the base game to keep you going for ages. Higher difficulties unlock upon finishing the game once, and these are brutal... almost too much of a jump up in challenge from the base game (which is generally a little on the easy side) and only worth attempting if you can comfortably dodge everything a boss can throw at you.

We've come across a few frustrating technical issues (the most egregious of which thankfully seem to have been patched out already) but those aside, Bloodstained delivers pretty much exactly what anyone wanting a new classic Castlevania game in 2019 could both want and expect. This is IGA proving that he's still a force to be reckoned with in this genre, some two decades after first rising to prominence within it, and Bloodstained will surely go down as one of the great Kickstarter success stories. A must-play for anyone who loves 2D exploration, fun freeform combat, or any of the other modern Metroidvania darlings like Ori, Guacamelee, or Hollow Knight. Oh, and Castlevania fans will probably enjoy it just a little bit, too.