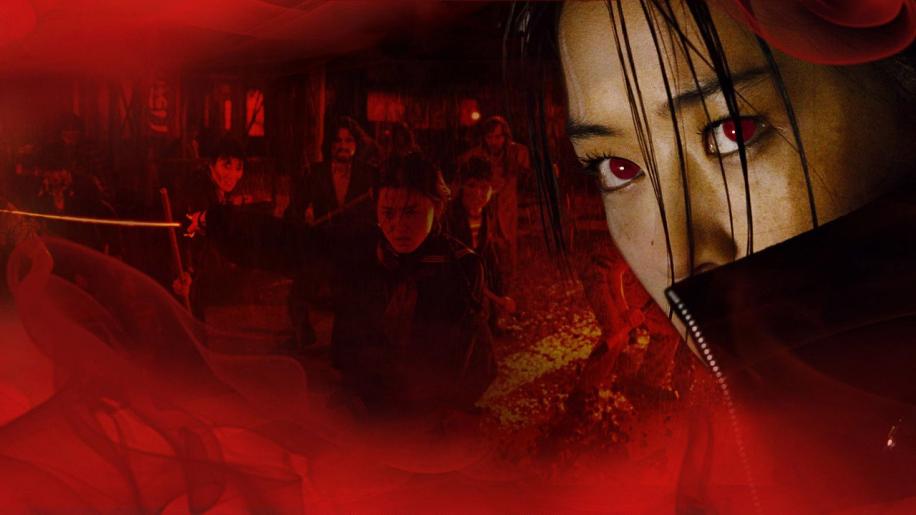 My introduction to Anime came in the shape of Akira, almost twenty years ago. Full of philosophical ideas, cool futuristic Tokyo elements, crazy Japanese kids and the kind of violence that would - if live action - make this movie an NC-17, it was everything a healthy young teenage boy needed. It was pretty extreme, and probably had as much impact on me as Robocop did around the same period. Sure, I don't condone the notion of underage kids watching 18-rated movies, but that's just the way it played out to me. And Akira - despite its obviously enticing elements - did not engage me enough to draw me further into the world of Anime. It was not for a further decade that I returned to the genre, by the tour-de-force masterpiece Ghost in the Shell. It had all the elements of Akira, except with a more likeable (and attractive) lead character in the shady genetically-enhanced covert-ops super-soldier Major Motoko Kusanagi. I was hooked. After two movies and two TV seasons of the Ghost in the Shell franchise, the Neon Genesis Evangelion 'movies' and Spirited Away I found that I was extremely impressed with the top of the Anime class. Perfect Blue and Ninja Scroll just didn't work as well for me, Appleseed was pretty take-it-or-leave it franchise, and it definitely still takes a special entry to get my interest, but the stuff that I did like - I liked a lot.


Blood: The Last Vampire was a Millennium Anime production, utilising a clever mix of (then)cutting age CG and classic animated stylisation to bring to life a suitably dark tale of samurai slayers and evil vampires, all within an almost-contemporary setting. It also introduced me to that other staple Japanese Anime element - the crazy-but-hot young schoolgirl heroine with kickass skills. Although never something that particularly drew me to the genre (isn't it a little bit worrying for schoolgirls to be such an extreme - and accepted - fascination for the Japanese nation?), it certainly does not do any visual harm to have a cute schoolgirl (complete with outfit) running around slicing and dicing vampiric demons.


There was only one trouble with the original movie - it was less about 45 minutes long, a ludicrously short runtime for a movie of any genre. Classy, punchy, action-packed and with decent enough characterisation, it was still unforgiveably short. Admittedly it was eventually developed into quite a long-running TV series, but that simply did not live up to the standards of the movie, taking on a necessarily episodic 'monster of the week' feel and keeping things strangely housed within the whole 'school' setting. And I've certainly never gotten into the spin-off comic book series (i.e. Manga), so the upcoming live-action film piqued my interest as it gave me hope that they would return to the original movie, only give us a full-length effort. So, was it any good?


“In the 16th Century, the savage Onin War reduced Japan to a massive feeding ground. Assuming human forms, demons settled in among mortals to prey on the bloodshed. A fearless samurai named Kiyomasa rose from the heart of evil and became the most revered demon hunter, only to be brutally slain by the oldest, vilest of all demons: Onigen. Centuries passed. Darkness reigns on. Then, a mysterious hunter emerged, joining forces with a shadow society known as The Council, she sets out to face her ultimate foe... Onigen.”


Offering up more of a back-story in the form of this opening coda (and various flashbacks peppered throughout) Blood still follows the same basic narrative as the original animated movie, about a vampire-hunting, sword-wielding, half-human, half-demon girl who is part of a clandestine organisation that puts her undercover in an American Air-force base in Japan in order to investigate the vicious murders that have been occurring there. But beyond that basic premise, the movie takes us to another level - effectively incorporating the anime upon which it is based into the first forty minutes of this tale, then delving further into the organisation's quest to kill the head honcho of the demon world, Onigen.


In telling a grander story, this new live-action production certainly gives us more blood for our money, and the tale is reasonably coherently - at the very least intriguing - as we experience the vampire battles, political cover-ups and developments surrounding the lead character. The battle sequences are quite furious, much more so than previously encountered, and they take to the fights with aplomb and a certain amount of style, even if never feels wholly original in that respect. The action seldom lets up, and the plot holds it all together and even offers up a little more depth than you would need to make this an outright sword-fighting vehicle.


Despite all of this promise, and some quite keen delivery, Blood suffers quite dramatically - and unforgivably - due to some pretty terrible effects. The splatter itself is done in this rather odd droplet fashion - as if all the fights were done in zero gravity - the CGI blood is totally excessive and unnecessary (if you hold onto the blade of a sword and it is pulled out of your hands viciously, it is surely unlikely that this will lead to explosive arterial spray?) and, with so much of it, cannot help but be quite distracting. The other big thing is the CG demon design, which looks simply awful. You remember the awful CG monster at the end of the first Resident Evil film? Think that, only the Garbage Pail Kids/ South Park variant. It is positively laughable, and should have been left enshrouded in shadows until it sprouted wings. How they could have developed this as the 'live-action' counterpart to the truly scary animated demons is shocking. That they could have got it this far wrong is simply the biggest downfall of the movie.


Still, if you can ignore all that (which I think is pretty-much impossible) then this is actually an entertaining enough bit of escapism. The acting is not great, but that can largely be overlooked - you're not here for that and it's no better or worse than those classic old Zatoichi films. Gianna (My Sassy Girl) Jun's demon slayer Saya pretty-much brings the franchise character to life, without giving her any considerable depth, Allison (17 Again) Miller plays the American girl appealing to Western audiences, Liam Cunningham is typically mysterious as Saya's mysterious handler, Colin (Punisher: War Zone) Salmon reaches an all-time low in his cameo here, and Koyuki (The Last Samurai) makes for a solid enough Onigen. And as I've stated, the sword-fights are good (although since the lead character feels so indestructible, oddly the fight her mentor has is far more exciting - because you think he can actually get hurt) and there are some nice scenes (both the familiar chasing down the demons on the airbase and in the subway train, from the anime, and the ravine sequence) to keep your brain disengaged.


All in all, this does not have the dark mood or the quality demons of the original animated movie, and it really fails laughably on the effects front, but it does give us more from the Blood franchise - kind of a Japanese schoolgirl take on Blade - by taking it to the next level. I would have preferred - ideally - to just have an animated sequel to the original film. The series just does not live up to the quality of the movie, and I never got into the comics, and this new movie is good only for really bringing the franchise into Hollywood's limelight. Fans will be disappointed, newcomers may wonder what all the fuss is about, and - frankly - we should have had more from this material. Still, this is not anywhere near as bad as something like Street Fighter: The Legend of Chun-Li, and is clearly very watchable indeed - think a lower-budget Underworld: Evolution - so there may be hope for the future yet.