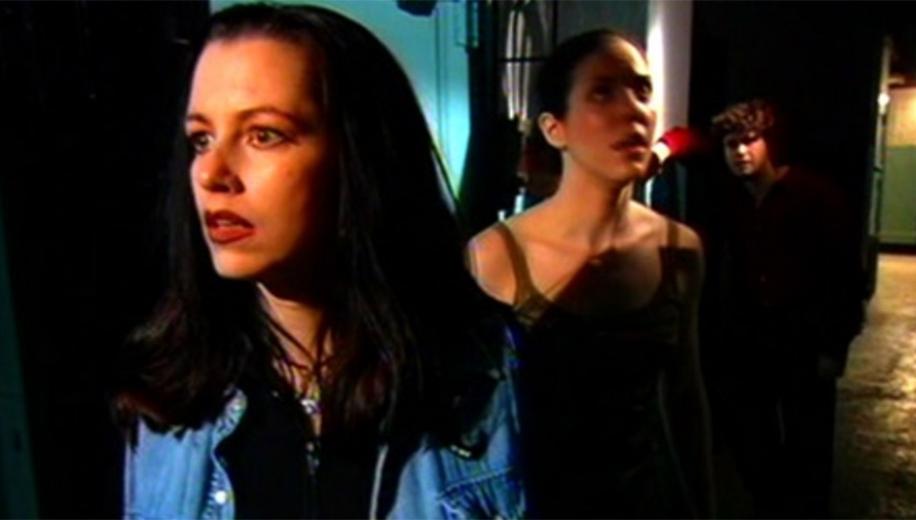 A group of twenty-something workers are hired to turn a recently closed naval base into an aerospace museum, under the supervision of stressed out boss Harry (Billy Drago). The base holds a dark secret, and 22 years earlier a pilot had went on a bloody rampage, murdering his compatriots before stashing a sinister monkey talisman in the hangar. This trinket is discovered by the group, who hold a séance to try and contact the souls murdered on that fateful day. Simultaneously the aforementioned loopy pilot is released from the asylum he has been kept in since the incident, and the killings start up again, with the staff falling victim. Is this the work of the talisman? The crazed pilot? Billy Drago? More importantly, does anybody care?

Anyone familiar with the DTV slasher industry or the work of prolific B-Movie maestro J. Christian Ingvordsen will know what to expect here. What you see is what you get and Blood Relic is a decidedly no-frills predictable piece of low budget nonsense. In the traditional sense it's a terrible movie with zero production values, hackneyed scripting, and acting more wooden than Long John Silver's left leg. It's obviously aimed squarely at the loyal fan base for this kind of movie, and in this respect it does its job well within the limited confines of what is usually expected in the area. What it lacks in craftsmanship, it makes up for with reasonable degree of amateurish viscera to keep the gore fans happy, and a plethora of bare bouncing breasts at every possible opportunity. Billy Drago looks even more disinterested than normal, and resorts to even more histrionic overacting than he usually serves up. As Takeshi Miike's Imprint showed, with his shifty wolfish features, creening voice and overt style, he's an actor made for horror. Unfortunately just not this horror.