"I'm tired of this bloodsucking vampire on this terrorist-hijacked plane!" 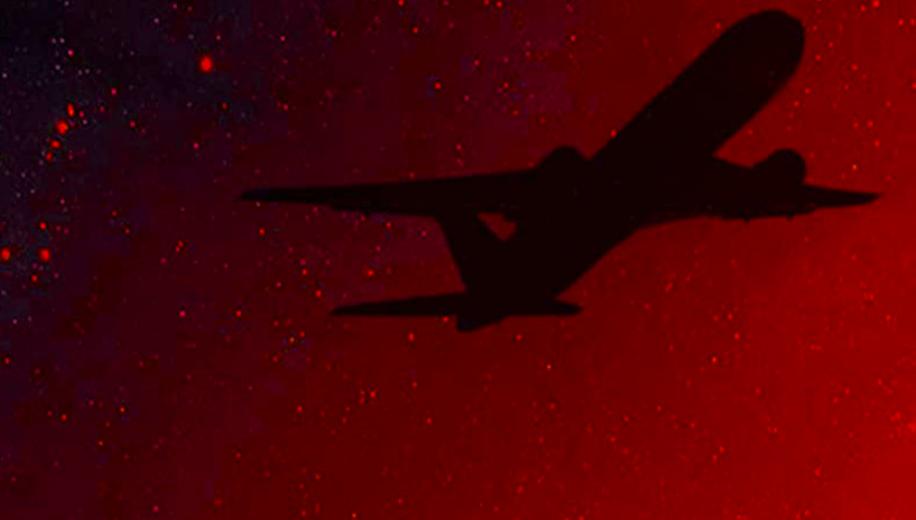 An unexpectedly eventful ride, Netflix's Vampire on a Plane horror-thriller has got a surprisingly decent bite to it.

It had to happen eventually. As part of their one-a-week motto to get several billion dollars further into debt by continuing to churn out indiscriminate trash on a regular-as-clockwork basis, Netflix actually produced something of a gem. Sure, it's a rough stone, suffering more than a hint of the same issue that plagues pretty much every single Netflix Original Film - editing - but it gets a hell of a lot more right than wrong, revelling in the international flavour afforded by the joint production (the terrorists speak English, the protagonists mostly speak German, with the dialogue split about 60/40 respectively), and the limited expectations placed upon an almost unknown cast to surprise you both with character design and plot twists.

... the best choice for your Friday night in

Nobody needs to know more than the Vampire on a Plane pitch, as it's more than enjoyable seeing where it takes the movie across the course of a fairly substantial 2+ hour runtime, with Peri Baumeister (from The Last Kingdom and Netflix's Skylines) playing the woman on the plane with the dark secret, and none other than Dominic Purcell (who really has redeemed himself a lot by his work in Legends of Tomorrow) heading up the villains, although Atomic Blonde's Roland Moller and, in particular, Alexander Scheer, are really having all the fun, with the latter putting a delicious spin on the otherwise obligatory unhinged henchman. Preacher's The Saint of Killers, Graham McTavish barks military orders from the ground with suitable authority, but really the movie is carried by relative unknown's Baumeister and Scheer, who totally commit to their respective roles. And young German director Peter Thorwarth, making his semi-English-language directorial debut here, and co-writing the screenplay too, manages to make the absolute most out of the single-location, really transforming the notionally claustrophobic plane setting into a surprisingly huge stage for the action to unfold.

Blood Red Sky comes to Netflix as a Netflix Original Movie, in 4K Ultra HD with Dolby Vision and certainly looks the part, with some fine sunrises and sunsets, gorgeous landscape shots, and precision levelled at the faces, makeup and blood - which certainly looks all practical, thank God. Black levels are rich and deep but, in typical Netflix style, there are moments where it gets too dark, and it does sometimes feel like nobody played this one back all the way through to check that they really want things to be impossible to see. Still, the colour scheme, as limited as it is due to the single setting, makes the most of a few key sparks and highlights to show that Dolby Vision pop, and it's an otherwise very nice looking production.

... Blood Red Sky isn't out to defy genre limitations, but it is out to satisfy bloodthirst for a pretty decent vampire flick

With just enough character development through slow-burned flashbacks - a particularly chilling car ride - and a propensity to turn the tables when you least expect it, Blood Red Sky isn't out to defy genre limitations, but it is out to satisfy bloodthirst for a pretty decent vampire flick, coming with the added bonus of successfully fusing that with a pretty solid hijacked plane movie. Certainly of the three streaming releases - Sky Original Every Breath You Take, Amazon Original Jolt and Netflix Original Blood Red Sky, this is the clear, perhaps surprise winner, and the best choice for your Friday night in.

Blood Red Sky comes to the UK as a Netflix Original Movie, presented in 4K UHD with Dolby Vision, released on July 23rd 2021.