Forget what Rambo would do, this is more like what your dad would do. 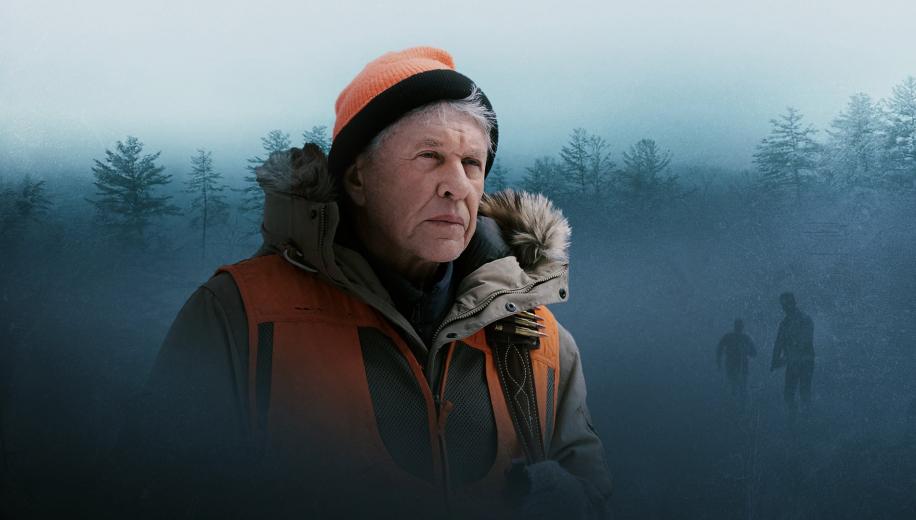 A relatively big name in the 80s, Berenger enjoyed a few excellent roles, from Platoon to the underrated and surprisingly hard-to-find action thriller Shoot to Kill (Deadly Pursuit), but has recently only really mainlined in seemingly endless straight-to-video sequels to his enjoyable original Sniper movie, the latest being his 6th contribution - Sniper: Assassin's End. Sure, he popped up in Training Day, and Inception, and took a decent role in the excellent Hatfields & McCoys, but Blood and Money is a relatively rare project that affords not only a lead role, but an actual character for him to get his teeth into. It's still low budget. It's still very small in scale, but it's a refreshing change nonetheless to see Berenger invested in acting once again.

Relies upon but two things - Berenger, and a beautiful snowy wilderness backdrop - to get you through

Jim Reed is a pretty broken old man, cursed by past tragedy, and seemingly doomed to drive around the vast snowy wilderness of Northern Maine in his camper van, looking for that perfect buck to hunt, coughing up blood - never a good sign - and only affording himself fleeting interactions with other human beings. When he accidentally gets caught up with some armed robbers, he is forced to fight back, if not for his own survival - which he cares little about - then for the survival of his estranged family, who will be the next targets of these vicious criminals.

Somewhat unusually, very little happens for almost the entire first half of Blood and Money, which adopts a contemplative, near glacial pace in its refreshing efforts to focus on character rather than story or action. You get a feel for Berenger's broken old man, facing the twilight time of his existence, eating peanut butter sandwiches and reading old newspaper clippings to remind us that the past still haunts him, whilst clearly familiar with coughing up blood and not in the least bit interested in doing anything about that striking warning sign.

He's far from a clean-cut hero, and actually his crossing paths with the criminals opens with a series of questionable decisions which no traditional Hollywood hero would make, making his latter real-world Rambo/Taken actions all the more authentic, laced with fatal mistakes and tragedy. Similarly the action is suitably geriatric - Berenger's 71 after all - and, rather than have him pretend to be decades younger, he merely plays it as a broken old man, pushing through the punishing wilderness with some decades old Marine skills, but all the confident skill of an average granddad.

And perhaps that's what works about the film. It's a little like watching your dad get into this mess of a situation, with Berenger's Jim Reed often fumbling that first shot, dropping that knife, slipping on that ice. He's reliant instead on knowing the terrain, but not with some kind of preternatural skill, merely the experience of an old hunter who has, if nothing else, survived this long. When he takes a bullet, he doesn't dig around in the wound, dust it with gunpowder, then set fire to it to cauterise it. He doesn't fashion a dull needle and thread and try to stitch himself up through gritted teeth, he just presses on, painfully, with the same solid determination you'd expect from, well, your dad.

Blood and Money will undoubtedly disappoint those expecting this to be Berenger's Taken; those expecting a Rambo: Last Blood - it's neither of those things - but it actually provides something different; a welcome, solid lead vehicle for veteran actor Tom Berenger, and a pleasantly down to earth one too, which relies upon but two things - Berenger, and a beautiful snowy wilderness backdrop - to get you through.