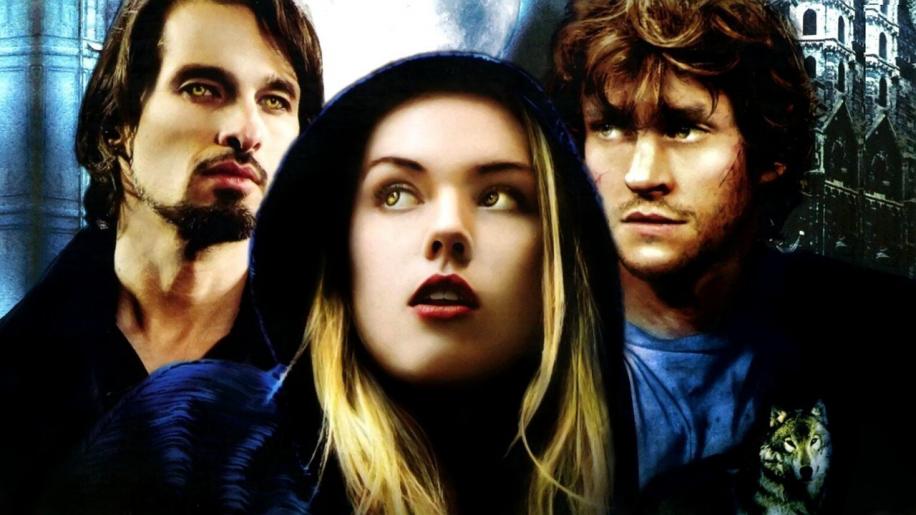 I'm not sure whether it is possible to make a good werewolf movie. Vampires have some style to them, a coolness about them that is easy to bring to life on the big screen, but hairy, growling werewolves are much harder to depict - not least in terms of effects, but also in terms of accessible characters. An American Werewolf in London was probably one of the best werewolf movies, and I have a soft spot for Jack Nicholson's Wolf, with more recent efforts like the Ginger Snaps trilogy, offering a slightly new twist on the genre. Overall, though, vampires are cooler and more chic (as is shown in the Underworld movies) so werewolf productions generally have quite an uphill struggle on their hands, right from the outset.

Vivienne's entirely family was hunted down and executed when she was a child. Brought up by a werewolf clan, she has grown into a beautiful young girl. But her future has been pre-determined as it is the eve of her being chosen as the latest 'mate' for the werewolf leader, Gabriel. Every seven years he chooses a new partner, and she is destined to be the next 'chosen one'. However, things get complicated when she meets and falls in love with a young graphic novel artist, who convinces her that they can have a relationship without her 'clan' having to know anything about it. Little does he know the truth behind her shocking secret.

Made by the producers of Underworld, you would probably go into this movie expecting it to be at least watchable, to have perhaps some visually engaging sequences, or some surprising concepts, or at least an equivalent to Kate Beckinsale in PVC. But you would be wrong. I have to say that, without a doubt, this is one of the worst movies that I have seen of late. It was nowhere near as refined as the tedious The Good Shepherd, nor even as silly as Into the Blue (so silly you could just laugh at it), and it didn't even have Seagal in it to justify it being a monstrosity.

Let me see if I can break this down in rational arguments. Firstly, the story is a terrible, hackneyed, poor man's version of Underworld, with the lead as a werewolf not a vampire. Secondly, the script is awful, and it does not help that it is brought to life by actors who - almost without exception - appear to be comatose. There is no chemistry, no believable romance, nor is there is a single character who you actually feel for. To add insult to injury, the effects sequences are abysmal, with the transformations into actual wolves being not only improbable, but also extremely poorly done. I've seen better transformations on that old TV show Manimal. Is that enough to put you off?

The cast include relative newcomer Agnes Bruckner (who was in season 3 of 24), whose looks cannot even make up for a complete inability to emote, act or engage the viewer in any way. Oh, and her silly running and mock-jumping off walls is just pointless (she should check out some French Parcour free-running to see how the pros do it). Hugh Dancy, of King Arthur fame, is just about tolerable, doing the best in a bad situation, but even then his human hero is a little lame. Then there's Unfaithful's Olivier Martinez, who actually looks a little old around the edges, and does little more than recite his lines. Although not all of the blame can be levied on the heads of those who have to spout this dire script, but their lack of skills is certainly apparent here.

Is there anything good to say about Blood and Chocolate? Not really, although it's short runtime might have been a plus point, I have to say that I found it tedious even at little over an hour and a half. The hunt sequence was repeatedly almost identically, and you just wanted the movie to be over not long after it started. Could anything have been done to make this work? Perhaps, actually, if the story had been modified and used as a two-part episode in the Buffy the Vampire Slayer series, it might have worked. Of course, the great Josh Wheedon would have solved the script issues and the story would have probably fitted in quite well with the style of Buffy (also the budget effects and limited scope would have been more in line with such a TV show). As is, this is unequivocally one of the worst films I have seen recently. In fact, not just recently, it's one of the worst movies that I have ever seen. If you even think about going near this one, make it a rental first.