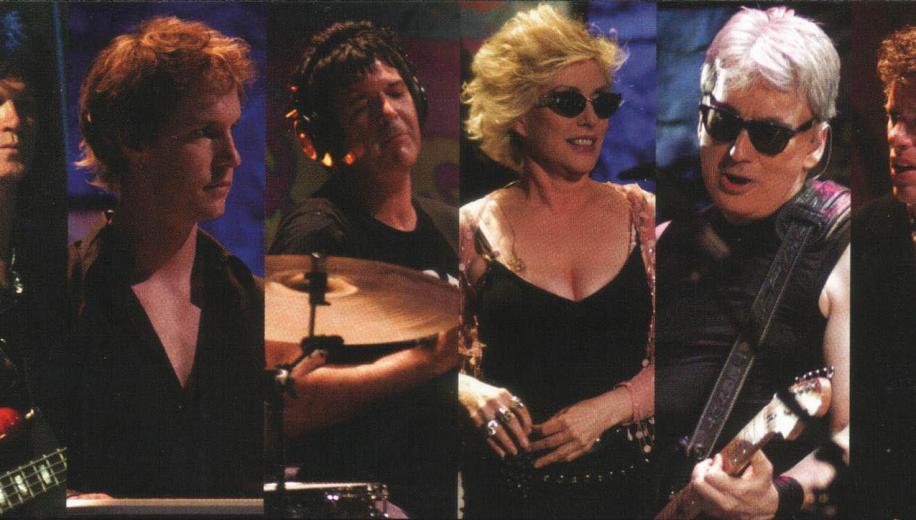 Taken from the American series “Live By Request” this DVD presents a TV special that featured the band before they went on a mammoth international tour (which recently ended back here in the UK earlier this month). Featuring a selection of hits from the bands 30 year + catalogue and a number of tracks from their new album “The Curse Of Blondie” there should be something here for long term fans and new fans alike.

I'd never seen a “Live By Request” show so I hit play on this disc expecting a normal concert and, sure enough, the proceedings kick off with a pretty energetic and fun rendition of “Dreaming”. I was then slightly taken aback when Jules Asner, the female presenter of the show came on stage and started to interview the band before taking a call from a viewer. This is, of course, the “by request” part of the proceedings. At a few points throughout the show the music stops, Jules talks to the members of the band and we get a (mostly irritating,) call in segment before the next requested track is played. Thankfully all this can be skipped since all the tracks are available from the “Set List” (chapter selection) menu, mercifully allowing you to enjoy the performance without the showbiz schmaltz.

As for the performance itself, the show features a band who obviously feel very comfortable with the live audience and give an energetic and intimate performance. Debbie (sorry, Deborah) and the rest of the band are obviously having a lot of fun and, throughout the show, take great delight in adding new twists to their best known tracks. Highlights would definitely be the excellent performance of the new album track “Good Boys” (which is superior to the, rather flat, version to be found on the included pop video) and “Rapture” with only “Call Me” disappointing slightly. One point I would raise is the issue of subtitles. Although English, French, Spanish and German subtitles are listed these are solely for the interview sections (no lyrics are available on screen) making them a little pointless for those who are hard of hearing, they also frequently clash with the on screen captions making them difficult to read. However, minor niggles aside, this is an excellent show for fans and casual listeners alike with some stand out performances from the band that defies classification. Track List
Dreaming
Hangin' On The Telephone
Accidents Never Happen
Tide Is High
Good Boys
Undone
Rip Her To Shreds
One Way Or Another
Rapture
X Offender
Call Me
Union City Blues
Heart Of Glass