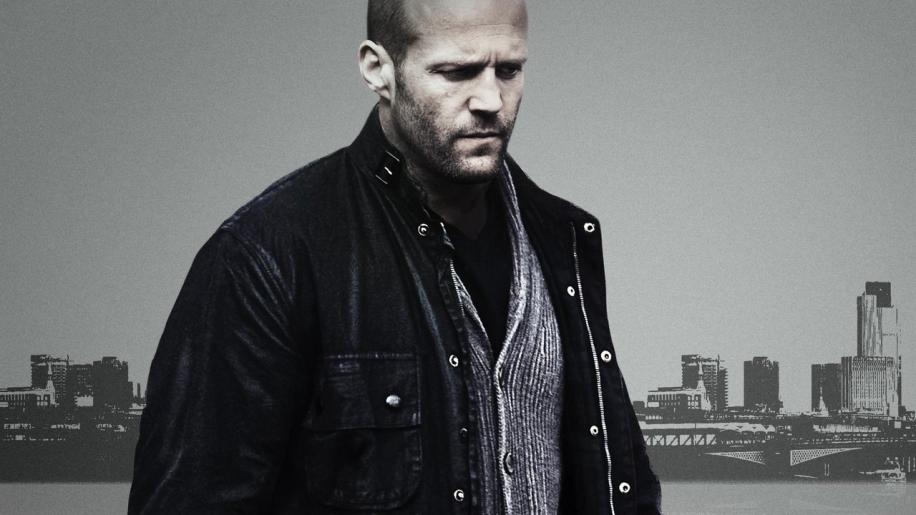 Jason Statham’s become so accustomed to playing action heroes – skilled in martial arts (and in the art of losing your shirt before/during a fight), and proficient in delivering mind-numbingly stupid one-liners – that he appears to have forgotten the ‘acting’ part of being an actor. It’s a shame really, because he was actually quite good in his flagship vehicles Lock, Stock, and Two Smoking Barrels, and Snatch – yet three generic but still vacuously entertaining Transporter movies later; and after two increasingly excessive and decreasingly fun Crank flicks – it is easy to see how his acting muscles just haven’t had as much of a workout as his actual muscles. He was an integral part of Stallone’s fun-but-could-have-been-better (and the sequel should be) The Expendables, and his upcoming The Killer Elite – opposite the ever-dependable Clive Owen, with support from the now-not-so-reliable Robert De Niro – should be interesting, but, in between, we saw The Mechanic, an unnecessary, shamefully derivative, and ultimately worthless remake which followed suit with some of the other Statham films that should have been good, but actually ought to be forgotten: War (which shockingly wasted the amazing potential of Jet Li vs. Jason Statham) and Chaos (which also could have made for an effective Statham vs. Snipes actioner, were it not little more than an inferior rip-off of Spike Lee’s Denzel Washington / Clive Owen heist thriller The Inside Man). So when I heard about Blitz – another Statham action-thriller with the tagline “cop-killer versus killer-cop” – I had serious reservations as to whether it would be any good.

Detective Sergeant Brant doesn’t play by the rules. He’s a no-nonsense maverick cop, whose violent tendencies often see him up in front of his weasel-like superiors or before feeble police psychologists, who buckle under the weight of his steely gaze and volatile temperament. His latest outburst sees three armed youths – who foolishly attempted to break into his car – savagely beaten and, as a result, he’s been asked to ‘keep a low profile’. Wallowing at the bottom of a bottle of Whisky, and stewing over the shooting of his mentor’s wife – himself a Chief Inspector, now on extended leave – Brant soon finds that his own particularly method of meting out justice is called upon, when a young police officer is executed on the streets and a serial killer announces his intentions to going on a police killing spree. But with his every move monitored by the new acting Inspector, Porter Nash, himself ostracized for being homosexual, Brant is forced to make a choice – confront the guy and prove to him that his off-the-book methods work, or drink himself into oblivion. Tough call.

Taking the majority of its beats directly from Dirty Harry (and a thousand other cop thrillers), Blitz – on the face of it – appears to be little more than just another extremely generic and, ultimately, predictable entry in a sub-genre which could compete with China in terms of its overpopulation. Violent, alcoholic, lone-wolf cop; who doesn’t play by the rules, always gets in trouble with the press, public and his superiors; but who always gets results – it’s clichéd in the extreme. But, beyond that, and beyond the many story elements that appear to have been ported over directly from Dirty Harry (including the attention-seeking villain who plays the police and press for fools), Blitz is actually a surprisingly enjoyable little cop thriller which does its absolute best to break free of its sub-genre restrictions with unusual supporting characterisation and unexpected plot turns.

Efficient to a fault, the director arguably tries to pack too much in to the already abruptly short 90-odd minute runtime, and we're treated to a multitude of semi-developed and occasionally extraneous supporting characters whose interlocking sub-story-arcs sometimes suffer from this shotgun approach; but kudos for trying to do something different, particularly when the end result is certainly more remarkable because of all these interesting supporting parts – most of which are brought to life by familiar Brit talent.

Aside from Statham’s maverick cop – at home with a more natural accent here, rather than his usual, marginally contrived US forgery – who, whilst being the lead player, does not get quite as much screen-time, or screen-action, as you might expect; we are also treated to sub-plots involving his widowed boss, Chief Inspector Roberts (played by Intimacy’s Mark Rylance), vying to return to the Force; a WPC colleague of Statham’s cop who is suffering after drug problems following a messy tour of undercover duty (played by Zawe Ashton from the new BBC series’ Sherlock and Case Histories) and who gets involved with a DI from another department, played by Luke Evans (Clash of the Titans, Tamara Drewe), as well as having to deal with a childhood mate – who looks like Plan B – who may have accidently-on-purpose killed somebody. Phew. Though that’s not all. There’s also the journalist who the killer gets in touch with, played by David Morrissey (State of Play), as well as the killer himself – a wild-eyed, frenzied character brought to life by another great villainous performance from the underrated Aiden Gillen (he was in The Wire, and is probably best remembered for his commanding performance in Queer as Folk, but he’s also played effective villains in everything from Shanghai Knights to 12 Rounds). The story arcs involving all of these characters twist and turn and, eventually, offer up a nicely tied-together backstory for the villain, which makes him slightly more interesting than your usual throwaway antagonists. Oh, but we’re not done. What about Paddy Considine? Did you know he was in this movie? That excellent actor from the harrowing Dead Man’s Shoes, who was also tremendous in the BBC mini-series Red Riding (which is shockingly up for the remake treatment) – but is probably most widely known for playing the ill-fated journalist in the third Bourne outing – yes, he gets a supporting role here as the ostracised Acting Inspector, Porter Nash, who, eventually, joins forces with Statham’s Brant in order to solve this case. Considine can turn even the most generic, derivative material into gold, and he is really quite effective here as the slightly camp, slightly OCD officer – whose own backstory could have been marginally more unusual, but is still atypical for that character.

It’s a veritable melting-pot of Brit talent, and there are enough background threads going on here to fuel a couple of films – or, more likely, a TV series. No surprise then, that the film is based on one of a series of novels by Ken Bruen, which all feature recurring characters. Blitz is actually the fourth of seven novels about Detective Sergeant Brant (Statham) and Chief Inspector Roberts (Rylance) – which perhaps explains why Roberts feels like a character who we should know better, even if he is given very little screen time. Certainly a bit of pruning and streamlining would not have gone astray here – or perhaps extending the movie’s runtime to allow for better development of the multitude of characters – but, as stated, it’s the supporting players that really make this otherwise generic cop thriller quite unusual really.

Statham himself is considerably assisted by the presence of all these other, arguably better, actors; and working opposite Considine looks like it has quite a positive effect on him – in one scene he manages to both emote, and to offer a surprisingly natural reaction to the story that he is being told; and it is probably one of the most convincing scenes that he has ever delivered. In addition to this (although fans of that side of him will no doubt be quite disappointed), Statham’s action moments are kept to a bare minimum, basically bookending the piece, with very little in the middle apart from a well-staged foot-chase. Again, I think this is better for both his character (and it bodes well for his upcoming movie Parker, following the same titular character from Lee Marvin’s Point Blank, Robert Duvall’s The Outfit and Mel Gibson’s Payback), and for the film as a whole, although, as stated, clearly some will be disappointed that he doesn’t lose his shirt every ten minutes for a 5-on-1 brawl. Sorry, it’s just not that kind of movie.

Unfortunately the composer clearly did not realise this when he did the score, because what we get here in the way of soundtrack is one of the most intrusive, painfully generic action accompaniments that you could possibly nightmare about. Seriously, it’s massively irritating, hammering home the few action beats, building wholly unnecessarily during the protracted chase sequences and generally being far too over the top for this kind of movie. I think the biggest area where the film could have been significantly improved – and in a relatively easy fashion too – is the soundtrack. A far more subdued-when-necessary offering would have made all the difference. Seriously, imagine what Clint Mansell (long time Aronofsky-film composer) could have done with this baby? And whilst you’re wondering, imagine what Aronofsky would have done with this movie had he directed it...

At the end of the day though, Blitz is still a surprisingly enjoyable new Brit crime thriller. It could have easily come across as little more than an updated cross between Dirty Harry and that John Wayne equivalent McLintock, generic in the extreme, derivative ad nauseam; but, thanks to decent source material, and a hefty quota of memorable, familiar Brit actors playing mostly interesting supporting characters (and who are all eventually – one way or another – tied-in to the main plot); it manages to end up being really quite effective, engaging entertainment. At any point in the movie, where you may be ready to roll your eyes at the clichéd script or predictable plot turns, something will likely happen which throws you off track; leaving a pleasantly original aftertaste in your mouth as you try and figure out where it is all leading to. The fact that things don’t always make sense – that plot holes still abound, and that contrivance is often just around the corner; does not take away from the sense of at least an attempt at providing something different. And even the painfully intrusive, utterly generic score does not ruin that. The end result is a thriller which is easily different enough to justify the its place in the ever-burgeoning cop thriller sub-genre, and one which probably also marks solid potential franchise material for Jason Statham, who could do far worse than pick a couple of other titles from the source novel series with which to make prequels/sequels. Worth checking out.