"We gotta get out while we're young, cause tramps like us, baby, we were born to run." 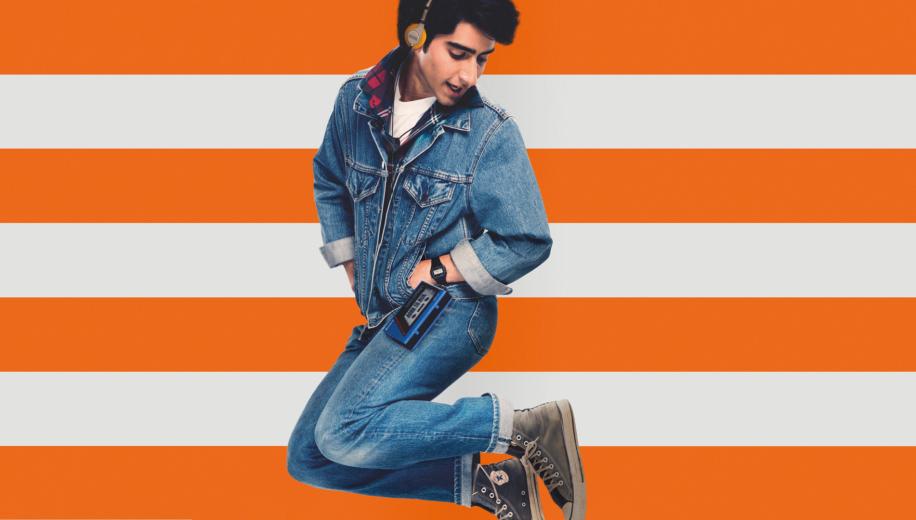 Blinded by the Light Film Review

It can't have been easy being born and brought up in Thatcherite Luton even without the added contingent of being Pakistani, and writer-director Gurinder Chadha works her magic on this tough teen upbringing, seeing its protagonist battle family expectations, relationship inexperience, National Front racism, and a complete lack of confidence, particularly when it comes to his desire to write poems - and songs - and finding inspiration in the unlikeliest of places for a young Pakistani boy in 80s Luton: in the songs of Bruce Springsteen. A true story of sorts - with Chadha's screenplay co-crafted by the real inspiration behind the protagonist, journalist Sarfraz Manzoor - depending on your age, you may be able to find a veritable connection to the tale beyond merely its charting of 80s hits, finding a slight but charming underdog story whose feel-good vibes stand a good chance of winning over even the most hardened cynic eventually.


It's a familiar tale, given a nice musical slant and ethnic bent

Whilst the cast commit to the piece, the real star is Bruce of course, whose inspiring tunes not only motivate the protagonists but define the mood of the entire movie and arguably carry you through some montages which would have otherwise been much more Glee than most would have had the patience for, with the part-musical extravaganza testing you with its two-hour runtime, but just about coming good in the end. It's a familiar tale, given a nice musical slant and ethnic bent, sitting comfortably in the director's filmography, even if it's nowhere near her early Bend It Like Beckham glory.

Blinded by the Light Blu-ray Picture


Blinded by the Light comes to UK Blu-ray with a strong 1080p/AVC-encoded High Definition video presentation framed in the movie's original theatrical aspect ratio of 2.39:1 widescreen.


An acceptable enough presentation, but nothing to write home about

A slightly softer image than you might expect from a modern production, Blinded by the Light still enjoys fine detail on close-ups, there rendering keen observation of skin textures and hair, even if a mid-range shot comes across that little bit softer than you might like. It's not a deal-breaker, perhaps even suiting the period setting of the piece, which enjoys some authentic locations, cars and sets, and has a warm colour scheme rich with vibrant tones that defy the faded, washed-out feel commensurate to the era and location. It's an acceptable enough presentation, but nothing to write home about.

Blinded by the Light Blu-ray Sound

Blinded by the Light Blu-ray Extras

The HMV exclusive Blu-ray release of Blinded by the Light enjoys an Audio Commentary from the writer/director, as well as a Making-of Featurette and a Sundance Festival Featurette

Blinded by the Light Blu-ray Verdict


A slight but charming underdog story whose feel-good vibes stand a good chance of winning over even the most hardened cynic eventually
Blinded by the Light enjoys solid video and more impressive audio, as well as a decent selection of extras, making this UK Blu-ray release - notably an HMV exclusive - a worthwhile purchase for fans of the film.