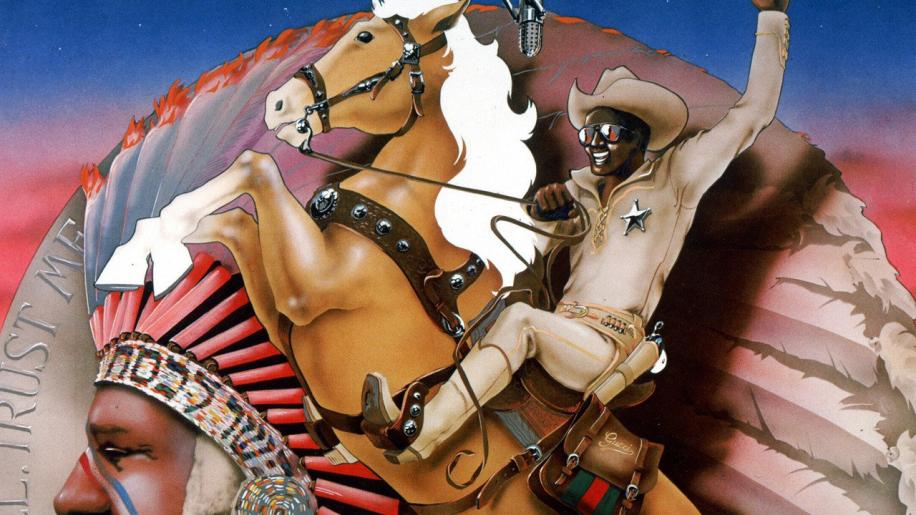 “Hold your ears folks... it's Showtime!” Blazing Saddles - does the mere mention of the name make you titter, or do you find yourself grimacing? Unfortunately, I've always been a grimacer and I've never really found the movie particularly amusing; perhaps this new 30th Anniversary Special Edition will put me right? Then again, perhaps not! The plot, of course, is unchanged and remains the epitome of a Western parody, with Sheriff Bart (Cleavon Little) given the dubious honour of saving the townsfolk of Rock Ridge from seedy, power hungry crook - read politician - Hedley Lamarr (Harvey Corman). With a new railroad being constructed, Lamarr is on a no holds barred quest to acquire the valuable land needed to finish the project and sends in Bart as a token peacekeeper. Pivotal to the story, and therefore much of the attempt at humour, is the fact that Bart is a slave... a black slave.

Now, in Blazing Saddles we're left in no doubt how the black community are viewed - when Bart and colleague find themselves sinking in quicksand they are left to drown... even a railroad hand cart is held in higher esteem to the buffoonish white man. Now, I can see how this is [I]supposed[/I] to be amusing... but it just falls a little flat with me. In fact I laughed only twice throughout the entire movie - even then it was at the same joke - indeed, apart from Gene Wilder, the only character I found even mildly amusing was Howard Johnson (John Hillerman, of Magnum P.I. fame), as he practices his speech written especially for the new Sheriff, “As Chairman of the Welcoming Committee it is my privilege to extend a laurel, and hardy handshake to our new... !” Perhaps it makes me a saddo, but that was it for me - the only funny line from the film - merely because of the Laurel and Hardy pun! And don't get me started on Mel Brooks' character. You know how you just want to snap a DVD in two as soon as you set eyes upon someone you, for some distant and unfathomable reason, harbour an intense dislike? Multiply that feeling by a power of 47 and you may come close to how I feel whenever Mr. Brooks takes to the screen in his character guise of Governor William J. LePetomaine.

At the end of the day I'm sure my feelings toward this movie say more about me than of the film itself. And I do realise that Blazing Saddles has made it to number six among the American Film Institute's Top 100 Comedies, but when you consider that this “Top 100” was selected by AFI's blue-ribbon panel of more than 1,500 leaders of the American movie community, I'm not sure just how relevant this fact is!

Even though I enjoy blowing in the wind with best of them, Blazing Saddles just ain't [I]my[/I] cup of tea - it's politically incorrect (which works in it's favour), crude and, for me at least, tries a little too hard to be funny.