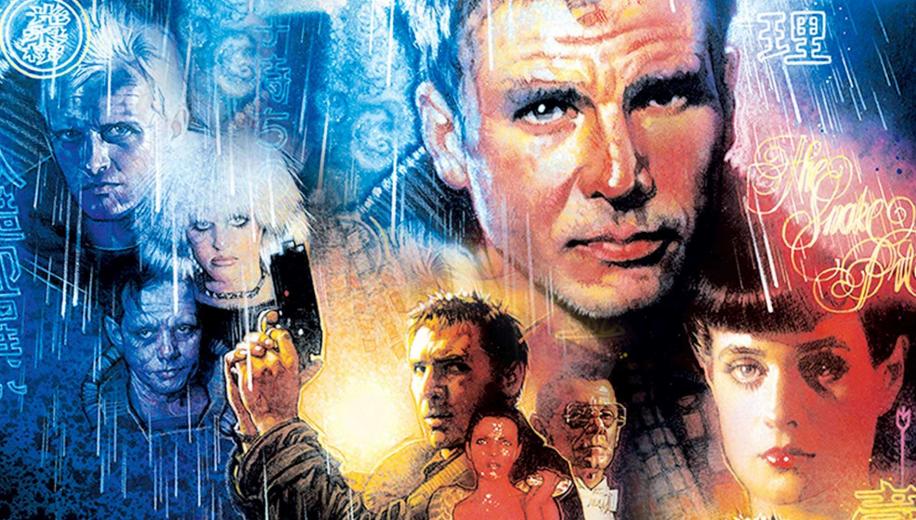 All those moments will be lost in time... like tears in rain...

A cinematic flop on its initial release, Blade Runner has gone on to be one of the most influential, talked about, enigmatic and classic science fiction films ever made. That fact that so much has been said, and is still being said about a film 35 years old is a testament to its longevity. Much has to do with the nature of the lead character Rick Deckard – the Blade Runner himself – and whether or not he is actually a replicant. In the much maligned Theatrical Cut, the answer is pretty clear: he is not; he’s a down on his luck, lost character finding his humanity by aiding and developing a relationship with a non-human. And whist this cut of the film has its problems, in pure narrative terms it makes the most sense, something the makers strived to put together when the initial cut of the film proved to be somewhat unworkable.
Things muddy with subsequent cuts, up to and including the Final Cut; driven by Scott’s insistence of what he wants Deckard to be, and an audience entranced by a different idea to the director's intentions. Scott has gone on record and has tried to hammer home the idea in the Final Cut that Deckard is, in fact, a replicant. And whilst this is an enigmatic idea, and adds a further layer of complexity to an otherwise complicated film; when scrutinised in narrative terms, it doesn’t actually make much sense beyond the ‘use a monster to catch a monster’ theme - the character development that Deckard goes through means nothing if he is no better than Roy. Indeed Roy’s own story makes much more sense and ought to be the main focus. The debate goes on and that’s what makes Blade Runner so engrossing. Blade Runner was shot on 35mm film, 65mm for the effects shots, in the 2.35:1 aspect ratio and, in 2007 as part of its restoration, was subject to scanning (at 4K for 35mm and 8K for 65mm), clean up, grading and finishing as a 4K digital intermediate. It is this 4K DI that has been used here for this Ultra HD Blu-ray. The film is presented with a 3840 x 2160p resolution and in a widescreen 2.35:1 aspect ratio, the disc uses 10-bit video depth, a Wider Colour Gamut (WCG) and High Dynamic Range (HDR), and is encoded using the HEVC (H.265) codec. We reviewed the Region free UK Ultra HD Blu-ray release of Blade Runner on a Panasonic 65DX902B Ultra HD 4K TV with a Panasonic DMP-UB400 Ultra HD Blu-ray player.


The 4K master affords this UHD disc an image that is a revelation. Detail is slightly sharper when it comes to finite edging; skin texture, clothing weaves, the illuminated windows over the cityscape, the neon signage, the definition of the light beams through smoke filled rooms are all prime examples. But it is with the WCG and the HDR where the real gold is. There is an added depth to frame that really pulls you into the screen; looking down the crowded streets as the light glints off glass and steel; while the rain soaks through everything. The Tyrell Corporation entrance hall is stunning in this regard, with a depth and roundness given to the pillars that is unmatched. See the glint of the glitter on Zhora’s body, the ice sheen on the artificial eyes, the verve of the advertising illuminations and the brightness of the spinner’s lights as they travel in the dark sky. Black levels are terrific, with even more hiding in the shadows, that help to add even more depth, while the white end of the scale is blistering without losing any detail. The grain level has also been sypathetically retianed. There is so much to praise with this image, that some feel it's like seeing the film as for the first time; I’d be slightly more reserved, but just like Unforgiven, it has given the print a new lease of life with an immediate impact that is reference all the way. The remixed Dolby Atmos track is another revelation. The object based nature of the track really pays dividends in the gloomy, overcrowded, rain drenched streets of Los Angeles in 2019 (yes we're nearly there!), where the rains comes from above, the traffic is all around and street vendors are placed precisely. Add to this mayhem a chase sequence, gun shots and crowd noise and you are deep, deep in the depths of immersion. Dialogue is always clear and precise, even when you are inside a spinner and is given some directionality when required. Bass is deep and tight, used to fill out most effects, including gun shots, as well as add a real punch to Vangelis’ mighty score. Talking of which, the opening of the film is an exercise in sonic excellence, that haunting score, those subterranean bass stings, the gas detonations, the flying spinners; something to be savoured and admired. The re-mixed Dolby TrueHD track of the 2007 Blu-ray was terrific, but this Atmos re-mix trumphs it at every turn. This review sample is the single disc release and contains limited extra features, all ported from the 2007 Blu-ray release.

*UPDATE*
We have now had a chance to view the Special Edition release of this film and, as anticipated does contain all the extras previously available on the 2007 5 Disc Blu-ray release only this time on BD.

Full colour booklet: From the Archive & The Art of Blade Runner There is no denying Blade Runner is a classic film. The debate whether Deckard is a replicant or not rages on, even though this ‘Final Cut’ goes out of its way to answer the question. However, the spectacle, attention to detail, enigmatic themes and ambience of the film towers above its roots and proves it to be one of the most influential science fiction films of all time.


Warner’s 4K Ultra HD package is perfect for those who already own the 2007 Blu-ray set, as it contains just the film with limited extras. For those wanting more, a Special Edition with everything comes out towards the end of the month. The picture on this UHD disc is a significant improvement over the Blu-ray in terms of absolute detail, colour reproduction, black level and shadow depth. This is enhanced even more by the newly mixed Dolby Atmos track which opens up the surround field to a world of wonder with action from up, down and all around. As noted the only extras on the two disc release are the three commentaries previously available but the Special Edition release includes everything that was previously on the 5-disc release from 2007.