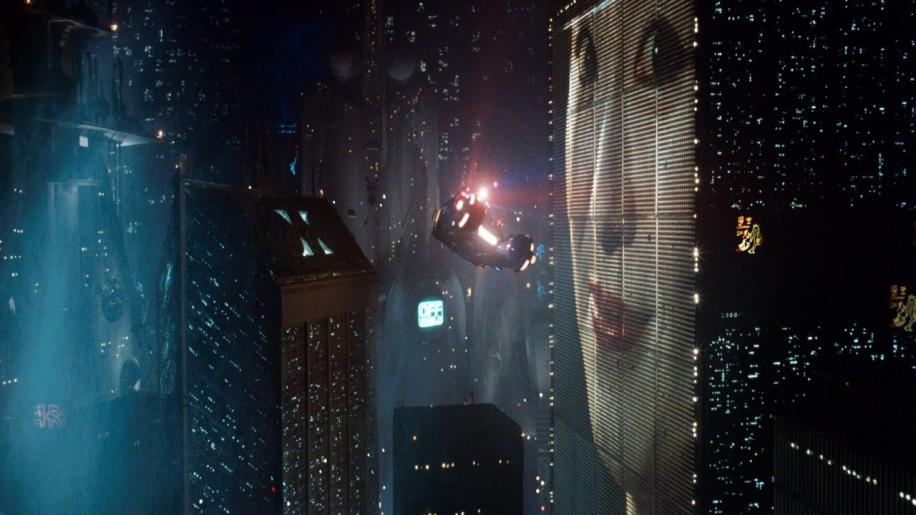 A film which should represent the visual high-point of the DVD format is ruined by a half-hearted transfer leaving the image swimming in grain and artefact. The 21st Century Los Angeles cityscape in Chapter 8 is left to wallow in a mire of muddied colours and pixellated skies. We should at least be thankful that it is anamorphic. Another problem lies with the negative the transfer was taken from, the extreme close-up of reflections in an eyeball in Chapter 2 should be one of the most impressive images imaginable, but you are distracted by the amount of wear the negative is suffering from. The disc certainly represents an improvement over the VHS versions previously available, but is nowhere near the quality we hoped for. Also, what is going on with the black bars which form the sides of the image and that you're unable to remove? With so much going on in the frame, Blade Runner is a film crying out for a Dolby Digital 5.1 Surround remix. Sadly this disc isn't the one to provide it. The Pro-Logic soundtrack does the best it can to bring Los Angeles to life, but occasionally (as in Chapter 4) it becomes lost with the amount of noise occurring on the busy city streets. You can't deny though, that it does a great job of bring sound effects and Vangelis' musical score to life in a way never before heard outside of a theatrical venue.

Finding only ugly menus and limited chapter selection options on the disc is sadly typical fare for Warner back- catalogue releases.