This is how to make a sequel. 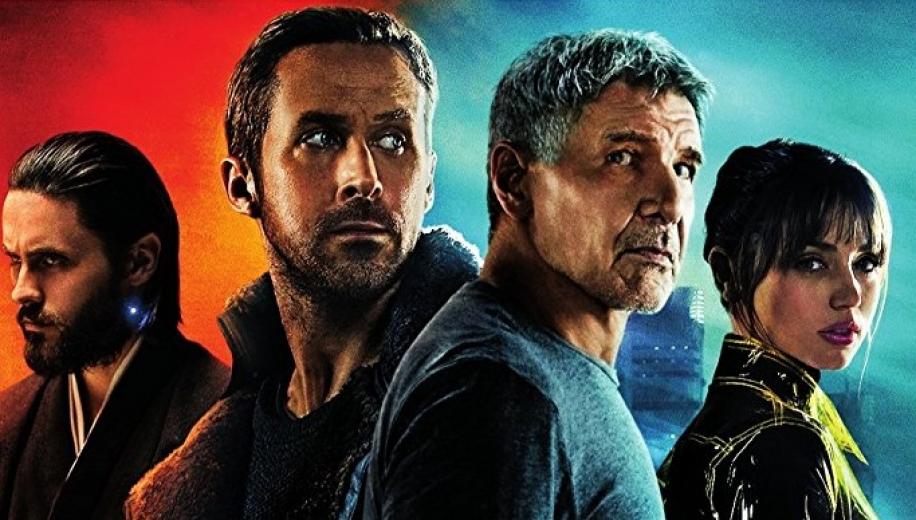 Achieving the impossible, Denis Villeneuve's majestic Blade Runner 2049 is possibly one of the greatest sequels of all time.

It's not only a worthy sequel, it's a powerful future-noir thriller. A thoughtful sci-fi epic. And a film which doesn't merely build upon the mantle of the 35 year old classic original but arguably goes some way towards not just expanding on it but even besting it. Villeneuve has done the unthinkable. The impossible. He has crafted a film which has a unique identity, which boasts the quintessential style associated with the filmmaker, yet is so heavily entrenched in everything you'd expect to see from a film set in the Blade Runner universe that it feels like an organic continuation of the original movie. It's Villeneuve, but it's also Blade Runner. Right from the marriage of intense, oppressive low end rumbles with Vangelis twangs, this is how to do a sequel to such a classic. Rather than just taking scenes and replicating them, Villeneuve understood everything that was great about the original and used its DNA to craft a worthy successor.
Performances are superb, with Gosling perfectly cast as the new blade runner on the block, whilst Ana de Armas and Sylvia Hoeks surprise with their innovative artificiality. And it's a marvel that Villeneuve manages to get the best acting we've seen from Harrison Ford in years, maybe even decades. The score and cinematography astound. And with a noir narrative that trades in hints of everything from Chinatown to Angel Heart, reinterpreting the theme of what makes us human from the original, Blade Runner 2049 still has its own story to tell, and it's thought-provoking and brutal, tense and tender. The cleverly-developed narrative echoes the original, and builds upon its foundation, but never once seeks to disrespect it, unravel it, or repeat it. This isn't Prometheus, or Covenant, or even The Force Awakens, for that matter. This is the kind of result you'd expect from having someone like Nolan helm a Blade Runner sequel. Maybe even better.

Whilst Scott's original is a visually iconic 80s sci-fi masterpiece, Villeneuve's Roger Deakins-shot sequel boasts its own distinctive visual majesty, with some of the most jaw-dropping shots in any film of recent times. It will, undoubtedly grow to be every bit the classic that the original was, in no small part thanks to the wondrous visuals, which here make for some of the best Ultra HD Blu-ray footage you will ever see, courtesy of 3.4K digital photography, full fat 3.4K visual effects and a Deakins-supervised 4K digital Intermediate. Interestingly the disc itself is encoded with Minimum Luminance of 0.005 nits and a Maximum Luminance of 10,000 nits, making the disc one of the first to use the full dynamic range available to HDR.

Detail is pin-sharp, revelling in the visually opulent universe that's been created here, soaking up the increasing levels of battle damage that Gosling's K takes across the runtime, and taking in the lines on Ford's veteran's visage, whilst playing with the holo-glitching perfection of Joi. Background environments are rich with fine detail, with every setting stunningly realised here, from the clinical police station location to the muddy protein farm, to the golden Egyptian pyramid-like Wallace headquarters, to the unhealthily orange desert, with that last environment bearing the closest similarity to some of the textured locales in the original. Snowfall gives a different look to the streets, and night and day are seamlessly represented in all shades of glory. And the memory moments - both 'remembered' and 'created' makes for some of the most stunningly realised footage you'll ever see. Ultra HD Blu-ray video has seldom looked more impressive than here.

Keenly utilising HDR and WCG, the image also has plenty of impressive tones that pop with intensity - sometimes strikingly used, sometimes subtly implemented, but always perfectly delivered. Whether it's the building-sized holos that light up the cityscape, or simply the glowing shop signs - or even the orange glow of the heaters in the police station - the colours boast a vibrancy and intensity that simply outperforms its Blu-ray counterpart at every turn. Black levels are stunningly rich, affording deep shadows but also impressive shadow depth. It's simply picture perfection.

The accompanying audio presentation is just as magnificent as the video, delivered in the guise of an object-based immersive audio track. Blade Runner 2049's Dolby Atmos mix rides high atop an equally stellar Dolby TrueHD 7.1 core which delivers the goods with aplomb, offering an audio ride that is almost as impressive as it was on the big screen, sweeping you up with the thunderous bass and oppressive score, but keenly prioritising even the smallest of elements to help bring the track - and film - to life.


The audio presentation is just as magnificent as the video

Surrounds are used adeptly, with sound design key as the spinner glides across and above Villeneuve's insightfully elegant yet crowded view of the future, whipping around and practically touching down in your living room, with a last vented blast kicking off underfoot as it lands. But the surrounds and overhead channels are just as cleverly utilised for precision as they are punch, as the drone takes flight and hovers around almost imperceptibly. Blaster shots bring expected bombast, particularly when Deckard cranks out his older hand cannon, and you'll wonder if the house is coming down when the assault team blasts through the wall. Outstanding.

Whilst the score has been somewhat divisive amongst even fans of the film, with some just not feeling the oppressive overtones which often try to drown out the Vangelis-inspired core, whilst others embrace the respectful updating of score design which is perfectly in-line with Villeneuve's updating of visual aesthetic (and even the narrative design for that matter!). If you fall into the latter camp then you're going to simply love its delivery here, as it's one of the most important parts - if not perhaps even the most important part - of the audio component of this film's presentation. At once capable of wielding such devastatingly effective LFE undertones that you'll be reaching for a seismometer to figure out what level earthquake you're dealing with, and yet also subtle enough to tap into your emotional core as it trickles in hints of Vangelis's original Rachel's Theme, rounding out some undeniably demo and reference material.

The extras are all on the included Blu-ray disc and are decent enough, with the promotional shorts and various production featurettes.

First up we have the three prologues, which flesh out what happened in the years between Blade Runner and Blade Runner 2049. These short films were released online as part of the film’s promotion.

2022: Black Out (HD, 15:45) – This animated short from director Shinichiro Watanabe gives some backstory to a major event that forms an important part of the plot of Blade Runner 2049.
2036: Nexus Dawn (HD, 6:31) – This short short was directed by Luke Scott, son of Ridley, and explains in more detail how Jared Leto's Wallace was able to continue production of Replicants and how his versions differ from the older models.
2048: Nowhere to Run (HD, 5:49) – This short was also directed by Luke Scott and gives a bit more backstory to Dave Bautista's Sapper Morton and explains why Ryan Gosling's K is looking for him at the beginning of Blade Runner 2049.


The included Blu-ray boasts a solid selection of extras

There are also a series of featurettes that go into the production in some detail, although we can't help but feel the film deserved a feature-length making of documentary.

Blade Runner, in any one of its many different forms, was always a little ambiguous, with grander themes and ideas that added to its mythos. Blade Runner 2049 builds a whole universe of big questions to answer; layer upon layer of metaphysical reflection which could fuel a whole franchise that fans might actually champion to see. It's one of the greatest sequels of all time.


One of the greatest cinema experiences of 2017 is now one of the best 4K disc releases of 2018
Blade Runner 2049 was one of the greatest cinema experiences of 2017; potentially even the decade, and now it's one of the best 4K Ultra HD Blu-ray releases of 2018, and easily to date. The picture and sound are simply perfect, whilst the set is funded off with a decent selection of extras that expand on the film's production and ideas. Be prepared to get a dark and wonderful welcome back into the rich and atmospheric futurescape of Blade Runner. A modern masterpiece.