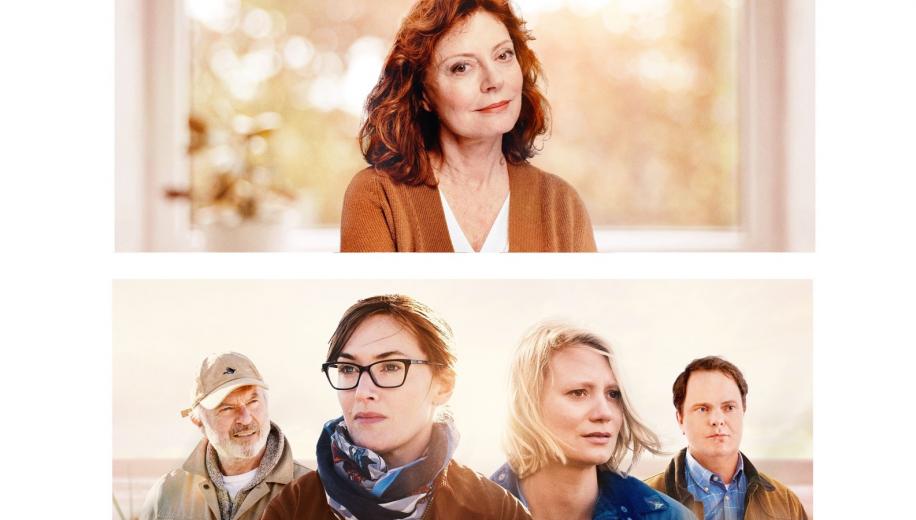 Susan Sarandon returns to heartbreaking Stepmom territory for this powerful tale of a dying mother choosing her own path.

Roger "Notting Hill" Mitchell's remake of the 2014 Danish drama, Silent Heart, is a quiet little piece that shoots for authenticity in its quest to get at those heartstrings, and unassumingly wields a deceptive amount of emotional weight as a result. It won't be for everyone, even though it has the power to probably touch anybody borne from woman, painting a simple setup and unfolding honest familial complications that arise from it.

Slowly dying from a degenerative disease that has already left her partially paralysed, Lily would like to depart this world on her own terms, assembling her children, and grandchild, for one last family gathering and farewell, but discovering that saying goodbye isn't that easy.

Susan Sarandon traversed this territory back in 1998's Stepmom, which is a great example of how Hollywood perhaps normally deals with this kind of emotionally torturous journey. Ironically, she wasn't first choice for Blackbird, with Diane Keaton dropping out at the last minute and Sarandon taking the lead. She's a perfect fit, utterly convincing as the ageing mother who just wants to hold onto her dignity when she dies, rather than lose all control of her own faculties, and thus of her own choices. It's a great role for the actress, and she brings everything she's learned over the years to bear here, subtly inflecting her character with a quiet experience and knowing maturity in the face of her adult but-still-yet-to-grow-up kids.

Mia Wasikowska and Kate Winslet are the two daughters, and they are both excellent, with Winslet in particular - unlike even Sarandon - utterly becoming the character to the point where it might take you a while to even recognise it's her. Whether in the way she stands, talks or acts, Winslet's prickly big sister is a fabulous role, and she's tremendous at being so very hard to like. Wasikowska radiates an uncontrollable energy that similarly makes her hard to endear to, and part of what makes Blackbird so involving is its slow-burn revelations about this seemingly simple, perhaps almost mundane, family.

Which is not to say that Blackbird trades in melodrama. No, there are no left field twists here, or clunky attempts at false emotion; there's no scoring points. These feel like very real characters, shades of which can probably be found in any family, from Sam Neill's solid-as-a-rock father to Rainn Wilson's always-getting-a-hard-time-for-being-boring husband. And of course, if you had but one day left to say goodbye to your mother, it might prove utterly impossible not to dredge up every last potentially damaging unspoken secret you have in your arsenal, just to get it off your chest before it's too late. Of course you're going to want more time; of course you're going to have a bunch of selfish but understandable reasons not to allow this to go ahead. Blackbird finds tragedy in reality, and it's a commendable approach.

Mitchell's small-scale drama - which perhaps unconvincingly substitutes England's South Coast for The Hamptons - could easily be a stage play, and might have been better received as such, likely disappearing without a trace on digital release (and, shortly, DVD-only release). Which is fine, this one is distinctly no-frills, and plenty will switch off half an hour in wondering whether 'anything is going to happen'. But Blackbird's strength is in inevitability, and slow-burning tension around how a normal family unit deal with mortality. Stick around to the end and you'll struggle to escape the emotional impact that it delivers, and the reflection that it may provoke in your own life and with your own family. Quietly powerful.