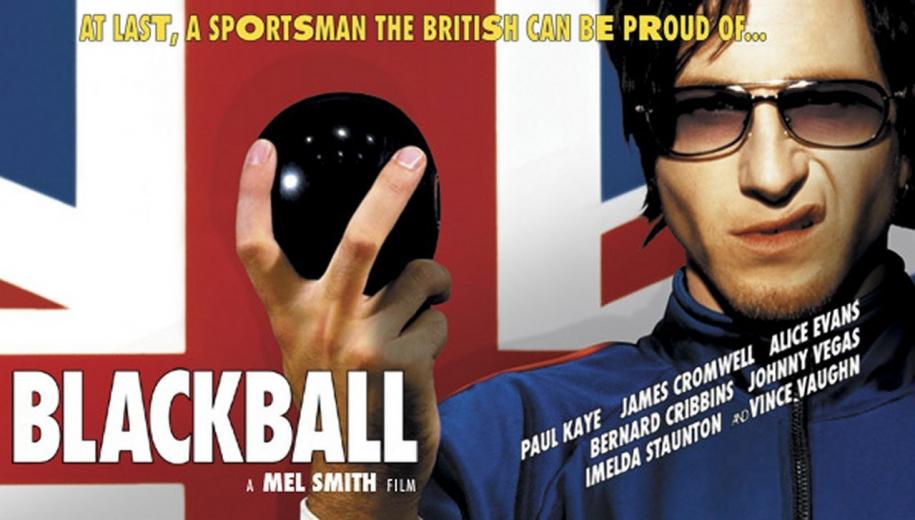 Blackball is the first main feature debut of Paul Kaye, probably better known as Dennis Pennis as well as his starring role in TV's Two Thousand Acres of Sky. Kaye plays a cocky, arrogant and unconventional bowls player Cliff Sharky, who dreams of playing for his country. Sharky is typical working class and has never played bowls on any more than a cut up football pitch, but his talent is obvious. His love for the game takes him to the local Bowls club where he enters to play in the county championship and win his place to play the Aussies. Achieving this means beating the long standing local champion Ray Speight (James Cromwell), an upper-class hero and the author of the bowls rule book. Sharky succeeds in beating him, but a not so clever joke where Sharky writes Tosser on Speight's score card earns him a 15 year ban from the game and no chance to play the Aussies.

It's not long before the press get hold of his story along with unscrupulous sports promoter Rick Schwartz (Vince Vaughn) who soon has Sharky in all the tabloids as the bad boy of bowls. Struggling with his new found fame and the fact he is falling in love with Speight's daughter Kelly (Alice Evans), he is falling apart and losing his touch. It's not long before the ban is lifted and Sharky has to take on the Aussies, with an unlikely partner.

Blackball directed by Mel Smith is a pleasant enough comedic romp, it just appears to be lost in what it is trying to say. One minute it is poking satirical fun at the class system and then in the next part it seems to champion it! Apart from this lack of meaning and direction the film rests on the fact it is a fun couple of hours poking fun at everything from media hyped sports to falling in love with the enemy and making up with people from differing backgrounds. There is nothing groundbreaking about Blackball and it is just too predictable to be hilariously funny, but there are some excellent performances and funny and touching moments which make it well worthy of a rental viewing.