"You're a total poser. I mean they are great poses but it does look like you think everyone's looking at you, like all the time." 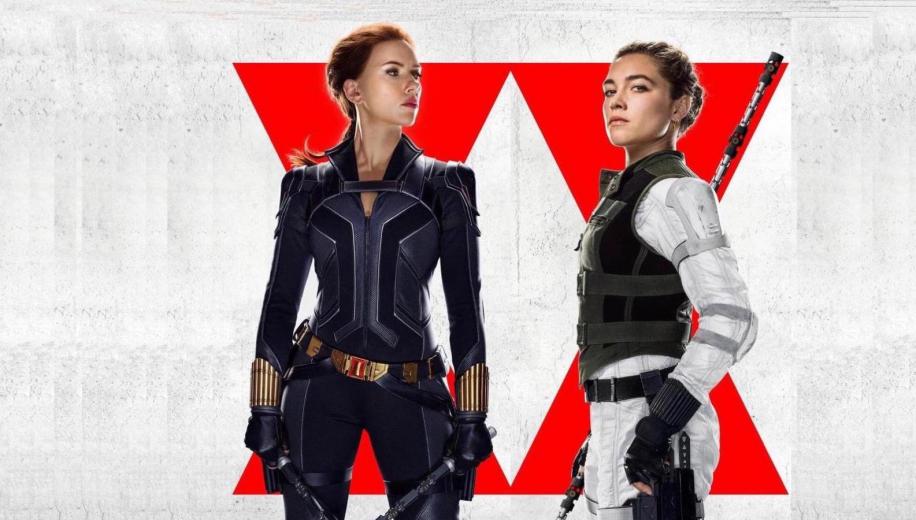 It's been a slow ride getting the Marvel juggernaut rolling again. Having built unprecedented momentum on their run up to Endgame, they came distinctly undone - along with the rest of the world - during the Pandemic, finding plans to engage audiences with Phase 4 changed rather dramatically, and a salvo of TV shows now drawing in home-bound viewers instead of their hitherto 2+ Big Screen events per year. Controversy would ensue - and continue - when they did eventually drop their first event movie since summer 2019's Spider-Man: Far From Home, due to the dual-nature of the release strategy, undoubtedly capping Black Widow's potential BO earnings while Disney+ enjoyed the spoils of premium access.

Of course the real tragedy is that this is likely the first and last we'll get to see of Scarlett Johansson's Black Widow in terms of leading vehicles and, on those terms alone, it wasn't worth the decade wait, not doing justice to a character rich with potential who, at least in comic book terms, warranted more than this. But, and it is a big but, 2021's Black Widow is more than just a ret-conning retrospective prequel origin story to one of the MCU's best-loved OG core group members, and whilst it may not do all that well at filling in the gaps on Natasha Romanoff's shady assassin history, it does afford plenty of things viewers perhaps weren't expecting - including a warm, witty look at a fabulously dysfunctional 'family' - as well as absolutely nailing the one thing viewers were expecting, but probably didn't expect they would do so well: delivering a fabulous introduction to a new MCU character who may have some very big boots to fill, but doesn't even bother trying to fill them, instead going her own distinctive way and, in the process, winning you over.

It's really Florence Pugh that steals the show

Widow enjoys another left-field MCU directorial choice in the form of hitherto indie director Cate Shortland, who made a mark with her 2004 debut Somersault, but actually only did a couple more small movies in the 17 year run-up to taking the helm here. Whilst that leaves the action distinctly Marvel - stuff just has to blow up in a big way, go full CG, and have heroes going wild in the sky - Shortland makes her mark on the character side of things, revelling in the family dynamic, and drawing her perfectly chosen cast into the comedically-laced craziness. Johansson gets excellent support from a superbly-chosen David Harbour, a welcome - if oddly-accented - high profile turn from Rachel Weisz (gifted some superior deageing in the early scenes), and some suitably thuggish if woefully Cockney-Russian villainy from heavyweight Ray Winstone.

It's really Florence Pugh that steals the show though, and few would have perhaps expected - let alone expected to embrace - that, with Pugh's sister-assassin Yelena coming out a fully-formed character in her own right, who you definitely want to see more of. Pugh's barb-laden sarcasm, often improvised, is just so damn good, it's impossible not to warm to her character, not least in the way that she cleverly unravels the sex-symbol-oriented original depiction of Johansson's Widow. Yes, nobody expected Yelena and all that quirky family stuff to steal the show, but it really does, particularly juxtaposed with the otherwise pretty by-the-numbers mid-tier MCU entry action and narrative. It doesn't turn Black Widow into a top Marvel movie, but it does lend it a nice, different flavour. And whilst it's not quite the fitting start/end of Johansson's Widow's leading Big Screen output everybody was hoping for, it is a fairly respectful one, and all eyes will be on Pugh to see how she fits into the future of the MCU.

... one of the relatively rare native 4K MCU releases

Black Widow looks pretty impressive in 4KDV on Disney Plus, but the 4K disc release goes one better, secure in the fact that its vastly superior bitrate will get the job done, and revelling in that rare native 4K source material - where previous chapters have, for the most part, been capped due to a 2K DI. Detail is excellent, from background details to skin textures, lapping up the sweat, blood, hair and wounds, and showing up every little nuance. It's an excellent rendition, warmly filmic in style and distinctly cinematic look, with only really the final act's aerial CG standing out like a sore thumb.

HDR and WCG give Disney Plus's Dolby Vision a run for its money, delivering rich, vibrant tones, from the deliciously deep Red Room squad to the early nighttime ambush, with impenetrable black levels, rewarding shadow detail and excellent range. Skin textures are healthy and warm and, overall, it's a gorgeous presentation that enjoys plenty of standout moments.

Black Widow's 4K Blu-ray enjoys an audio upgrade above its Blu-ray counterpart, with a punchy 3D High Definition object-based immersive audio Dolby Atmos track which goes some way towards course-correcting the muted nature of some of Disney's other Atmos-flavoured output.

We can talk about the well-prioritised dialogue, or the balance between the effects and background score, but the reality is that the real elephant in the room is whether or not Black Widow has a decently rendered Atmos track, on the whole, or just another Disney Atmos track. The good news is that, right from the get-go, this track manages to prove its worth, with healthy - not decimating, but healthy - gunshots, car crashes and growling plane engines, a memorable opening track, and a bevy of suitably painful confrontations (the body blows have veritable impact). This is a considerable improvement over some of the MCU's less than stellar Atmos tracks across the phases, with solid LFE input, keen directionality, even a little bit of overhead immersion, and all of that should certainly be celebrated. Sure, after listening to Nobody's Atmos track not long before, Black Widow's doesn't really compete, but it's not far behind, and it's a very engaging offering.

Disney's 4K release of Black Widow includes - rather rarely for the MCU - a selection of Deleted Scenes, although those, and the rest of relatively limited extra features, are only accessible on the accompanying Blu-ray.

There's a short Introduction by director Cate Shortland, a couple of Behind the Scenes Featurettes, a fun Gag Reel and a relatively significant quarter hour of Deleted Scenes worth checking out.

After a pandemic-induced wobbly 20-odd months, and a surprising - or perhaps unsurprising - amount of movement on the small screen front with Disney+ delivering a salvo of solid-to-great TV shows, Marvel treads cautiously into its fourth Phase with this transitional Big Screen offering. It's a very enjoyable effort, refreshingly witty and a real winner when it comes to introducing the new character of Yelena, even if - as the first and last solo Johansson-led Black Widow movie, it's not quite everything she deserves.

Disney's 4K release of Black Widow is a very good release, with impressive native 4K video and a decently punchy Atmos track - both relatively rare for MCU 4K releases. Completists will already have this, but if you don't, it's a worthy addition.

Black Widow is released by Disney in the UK and available on 4K Ultra HD from 13th September 2021.