Bava at his best! 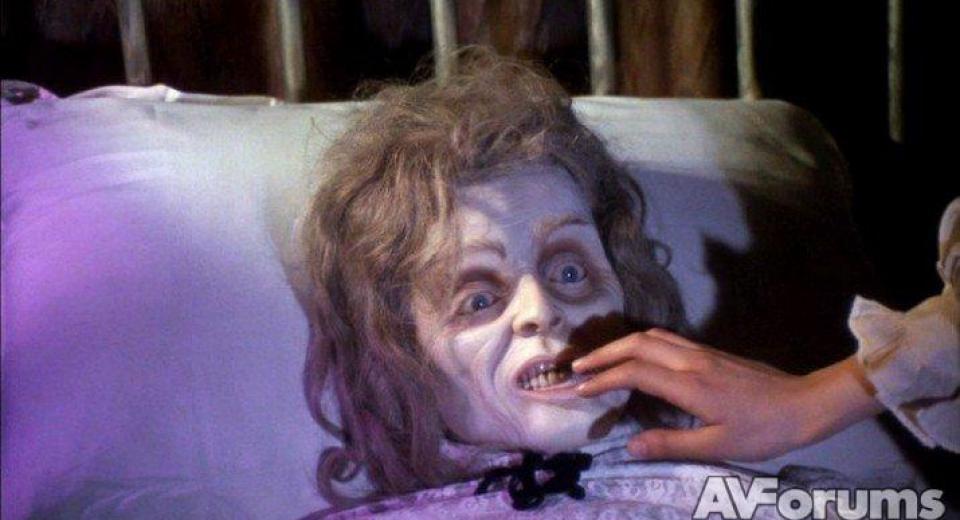 The disc presents both films as theatrically correct widescreen 1.85:1 1080p transfers, using the AVC MPEG4 codec and is Region locked to B.

I tre volti della paura
Certainly the best looking of the two transfers, this one. Detail is quite excellent with skin texture and clothing weaves being easily seen, edges are well held and there is plenty to make out in every scene. Bava’s use of colour is brought right to the fore with sublime rendition of all primamies, red is wonderfully bold, greens are lush and blues are suitably cool – there is no wash or bleed and gradation is excellent.

Brightness and contrast are set to give incredible blacks that add real depth to the picture, especially with the frame composition, and still maintains the occasional bout of shadow detail when it is meant to be seen, Bava’s use of black can leave nothing to see in some cases and this is represented perfectly here.

Digitally there are no compression problems, nor edge enhancement or banding. The clean-up has retained a healthy amount of grain and there are still the occasional spot of negative damage to contend with but it’s seriously nothing to worry about. An excellent picture throughout.

Black Sabbath
Most of what is said above can be made about the picture to the international version, however there are some significant differences. First and foremost there has been some contrast boosting for this picture which both adds a little more punch to the high tones and increases the depth to the darkness – but in doing this there has been a little detail lost on both ends of the scale. High tones have lost some finite detail in that there is some clipping evident, while the blacks, even though they look very rich and deep now conceal the shadow detail that was present in the Italian print. Also the colour timing is slightly different in that there is a push towards blue, meaning the both red and green are nowhere near as warm, bold or rich as they are in the Italian version.

Now, don’t get me wrong, Black Sabbath still has an excellent picture, it is detailed, clean and bold, but when compared to I tre volti della paura it is left ever so slightly wanting. I tre volti della paura
Just the one track: Italian LPCM 2.0 with clear and precise English subtitles. The clean-up for this track has been pretty good dialogue is clear, well defined and set to the front. The sound design allows for some terrific effects to add to the atmosphere (ticking of the clock in The Telephone for example) and the score comes across with just the right amount of gusto to be both relevant and atmospheric. Track does suffer from a deal of background hiss at times, especially when at higher volumes; but taking it down a notch or two soon sorts it out – much rather have that then an overly produced and muffled track (such as on Baron Blood).

Black Sabbath
Just the one track: English LPCM 2.0. Much the same can be said for this track as above, only this time the background hiss is significantly reduced but not at the expense of the high end of the track which leads to a very capable sound design indeed. The score is set higher in the mix than the Italian version which leads to some jarring disparity at times, totally intentional, of course, to provide the jump scares, but at higher volumes it was close to clipping. Other than that it was very capable, being clear and precise with everything audible and containing no crackle or pop. Rest of the extras are only available on the I tre volti della paura DVD and, obviously, only in SD. I tre volti della paura (The Three Faces of Fear) or as is better known throughout the world, Black Sabbath, is one of Mario Bava’s most well known films and is, indeed, his own personal favourite of all his output in the horror genre. It tells three stories, each looking at a different aspect of horror and under Bava’s expert direction all are atmospheric, eerie, dark, brooding and, at times, terrifying. The film was highly altered for its international release, reordering the stories, re-scored, edited and redubbed, with all these changes making for a very different film. Both, though, have equal merit, the original for being simply that – the original film in its original language and format – and the international release for being the film most people know and recognise.

As a Blu-ray set this new, Region locked to B, package from Arrow contains both films and both have been expertly cleaned up for picture and sound. The Italian version has the better picture, but its sound does suffer slightly, while the AIP version’s picture is a little more harsh, while it has a cleaner sound track. There are plenty of extra material to get your teeth into with an expert commentary, interviews and new features. As a set it comes well recommended.