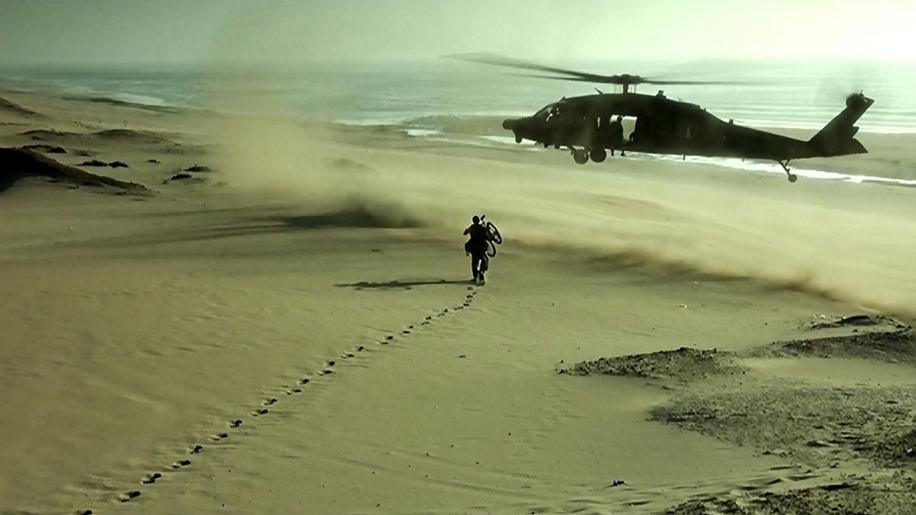 In 1993 the political and humanitarian situation in Somalia was reaching breaking point with 300,000 already dead from the ongoing civil war and countless thousands starving. The pictures of what was happening in the country were beamed around the world by the news organisations with the American people in particular, being outraged at what was going on. The then president of the United States, Bill Clinton ordered his armed forces to the country along with the UN humanitarian forces, to help the starving population and stop the warlords and militia stealing the relief supplies. In October of that year intelligence was received that the warlord commanders and generals of the militia forces would be holding a meeting in the hostile area of Mogadishu market. An elite team of American Delta and Ranger forces were tasked with a 39 minute mission to secure and extract these generals as prisoners, what followed turned out to be a nightmare for US Forces.

The movie is based on the true accounts of what happened that day and also the factual and heavily researched book (of the same name) by journalist Mark Bowden.
This film however does not delve into the politics of the situation in any great depth, instead it briefly gives us some background to what is going on, introduces quickly the main characters we are going to follow, and then just gets stuck into what happened that afternoon. At roughly 40 minutes into the film we are given the sheer impact of street combat with scenes that rival those seen in Saving Private Ryan, yet these battles are three times longer and more intense. The original mission was set at 39 minutes, but as the American troops entered the hostile market place they were quickly engaged by heavily armed and numerous militia forces. The situation is under control until the unthinkable happens and two Black Hawk helicopters are shot down. Now the battle is wide open and lasts well into the night and the following day. By the end of the fighting 19 Americans and over 1,000 militia are killed.

For Director Ridley Scott and Producer Jerry Bruckheimer, the material and the large cast at their disposal allows the retelling of this story in such a way that it is graphic, intense and harrowing. In fact this is arguably Bruckheimer's finest project to date and is technically superb. The stunning cinematography and Oscar winning soundtrack add so much to the acting capabilities of the cast and the setting of Morocco is extremely convincing as Mogadishu. The cast is filled with well know faces and acting talent including Josh Hartnett, Ewan McGregor, Ewan Bremner, Eric Bana, Tom Sizemore, William Fichtner, and Ron Eldard all produce convincing performances, although McGregor's accent is a little wayward. This is a must see action thriller based on true life, and a technical masterpiece of film making. It is just a little disappointing that more detail on what was actually happening in the country is not fully examined, but at two and a half hours I guess time was against them. Recommended.