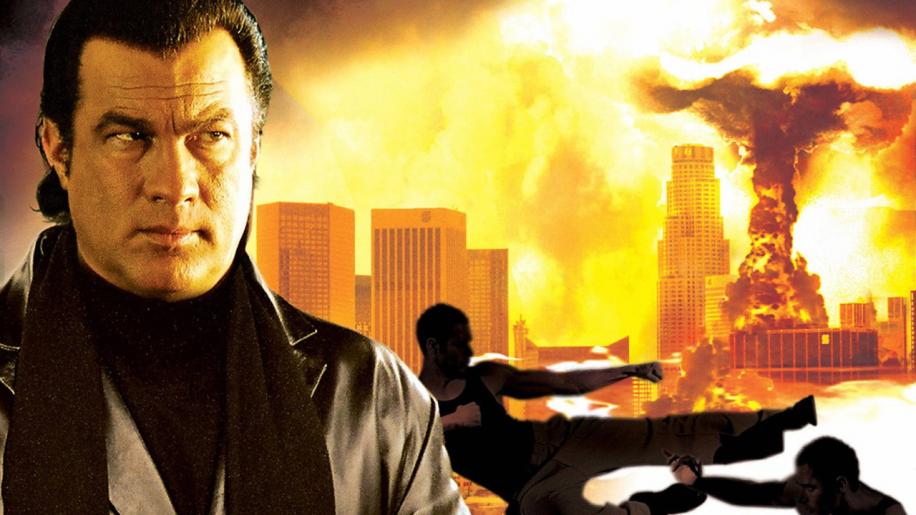 Presented in an anamorphic ratio of 1:85:1, Black Dawn like I said above is a good looking film and the photography is generally excellent. The picture is detailed and the blacks are deep and rich. Skin tones are realistic and upon close up's the now older features of Seagal are clearly evident. He still looks extremely cool and seems to have some weight. Plenty of outside locations are used in the film and all are presented well with no signs of artifacting or bleeding on the darker scenes in which lots of bright lights such as headlights and lamps are evident. The crispness of the picture does show up the suspect CGI especially the explosions but all in all Sony have delivered a nice presentation. Although the film is recorded in Dolby Digital 5.1, the film is fairly front heavy. The dialogue is clear and after the looping issues of recent Seagal films, its nice to hear the man himself through the centre channel. As with all of his films, they are loud and full of gunshots. Occasionally the rears burst into action on the fight sequences and the LFE pumps out some bass on the explosions. The audio mix isn't as impressive as Submerged but generally it's a nice Dolby Digital mix, but not one to show off your home cinema system. There are two trailers on the disc for the direct to DVD sequel, The Net 2.0 and Rob Cohen's Stealth. Also featured is a brief 6 minute interview with Seagal featuring his thoughts on his films and clips from the Sony owned part of his resume. The quality of the interview footage of Seagal is truly abysmal but it is rare to see him on camera talking about himself so it is nice it has been included on the disc. Equally as short is a brief 'making of', at only 6 minutes long it features interviews with the Director and actress, Tamara Davies. Also included are behind the scenes footage of the special effects work. How Sony can call this a 'making of' is beyond me, very poor stuff. Steven Seagal continues on his one man crusade to make as many films as possible. He has already got three films ready for release (Mercenary For Justice, Shadows of the Past and Harvester) and now actively produces other films as well (Dragon Squad, the Hong Kong film starring Sammo Hung is excellent). Not a classic by any means but good fun nevertheless.