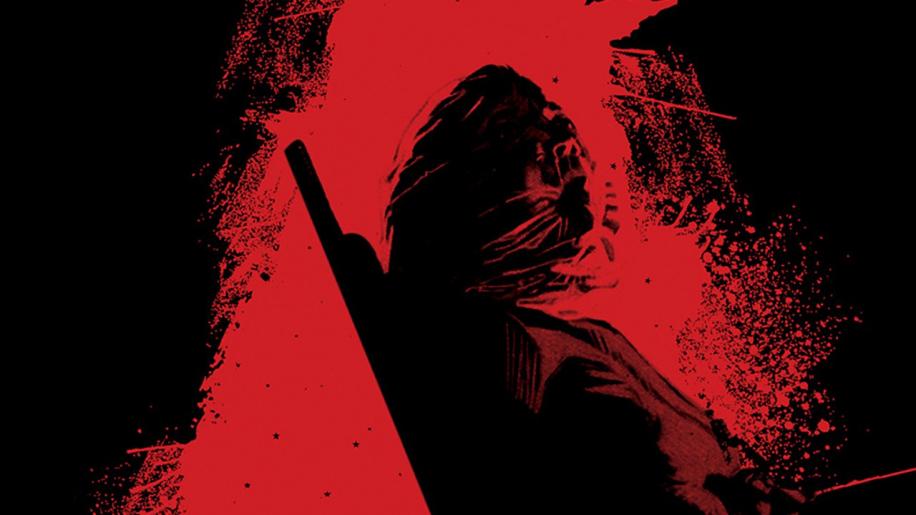 The picture boasts an all new digitally re-mastered anamorphic widescreen 1.85:1 transfer. Now consider that age of the film, the nature of its budget and the fact that it was never initially well received; the original print was probably in a pretty poor state. You can probably tell I'm leading with excuses, because this DVD picture is far from perfect. Its principle problem is the grain, this covers everything and becomes a problem with blacks which literally crawl. Other colours suffer too, but to nowhere near the extent. The film has a fairly earthy hue to it greens and browns are reasonably strong that rarely bleed into the black. One thing that was magnificent was the red, especially the Christmas decoration on the door, that shone off the screen without any hint of bleed. And now we come to another problem, the brightness and contrast do tend to fluctuate, sometimes greying the blacks, but more worryingly altering the entire picture as if this were a 1930's black and white short, even has the darkened edges in places. Detail, considering the grain problem was quite excellent, never softening and always holding an edge, only loosing definition in the shadows. Digitally compression problems were limited to low level noise accompanied by the grain, again particularly poor in the blacks, and there were no compression problems. Original print problems were surprisingly sparse, a few dots here and there, really quite good. In the end though, the picture is pretty bad, though considering the state of the non anamorphic examples elsewhere on this disc the picture in the main feature is outstanding. Three Dolby Digital sound tracks to choose from; an all new English 5.1 mix, the original English 2.0 mono and a French 2.0 mono dub. First thing to say, incredibly quiet! Needed some serious volume adjustment to even begin to get a decent enough response from the speakers; that goes for all the tracks, but particularly the 5.1. The 5.1 track spent most of its time with the centre speaker, when the rest came into play, normally during the music, it really sprang to life. There were very few effects, and separation was good when used, but what it did have was a decent bass level that added some much needed depth to the sound stage; something the mono tracks seriously lacked. On the whole a decent enough track, even if effects were underused. The French mono track sounded like the dub was recorded underwater, really very poor. The English mono was crystal clear and free from hiss and distortion, sadly very lacking in bass, but still a good track to accompany the picture. An all new set of extras are featured in this disc, the first of which is a newly recorded documentary entitled The 12 Days of Christmas, taken from the original marketing ads that counted down the days until the film's release. It is a twenty or so minute featurette that manages to interview plenty of the major cast and crew; all talk with fond memories of the making, with a slant to how influential this film has become over the years. Interesting and informative.

Next up is two scenes (opening trellis climb and ending pan) that were recently discovered while mixing the Dolby Digital 5.1 track and found to have a different sound mix to that in the film; the differences are very subtle, I think you have to be a fan to appreciate these. The picture quality is also dire.

Next up is a question and answer session with Bob Clark, John Saxon and Carl Zittrer filmed after a midnight screening of the film recently (I know this because they talk about the up and coming remake). This is a very interesting piece, it runs for about 20 minutes and there is plenty discussed, Clark has the mike for the majority of the time but the questions were varied enough to include all. A must for fans of the film.

Finally there are three interviews with Art Hindle, Olivia Hussey and Margot Kidder, the full interviews (with an unseen interviewer) segments of which were used in the above featurette. Each one has roughly twenty minutes of screen time, which is plenty of time to get into some in depth answers. Questions are quite varied to the individual, but similar across the three, still makes for an interesting watch though. There is no doubting Black Christmas' place in horror history, even today it can still raise a chill. As a DVD package, this version has been made by the fans for the fans, with an all new set of excellent extras I think this set is well worth picking up and placing along side the earlier versions of the film.