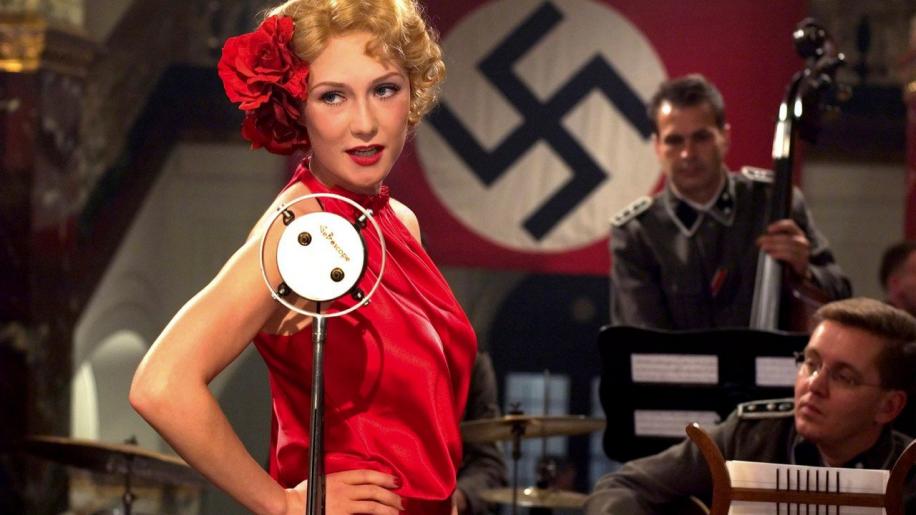 Ah, Paul Verhoeven bless him! Purveyor of high quality trash. A subversive filmmaker who is capable of making populist popcorn fodder - whilst simultaneously satirising the very genre within which he is working in a very subtle way. A man who is responsible for pushing the boundaries of modern filmmaking in virtually every direction. A man who brought THAT shot on to our screens.

Verhoeven grew up in Holland and experienced some shocking things throughout his youth. When only four he lived near the German headquarters in Holland, and saw nightly bombing raids from the allies. It is probably hard to escape how important this influence was on the young Verhoeven - who was notorious for the violence in his films. However, he was always concerned with showing the effect of violence in as realistic way as possible. His early career was just as controversial as his Hollywood sojourn, with Turkish Delight (1973) and Soldier of Orange (1977) attracting particular praise.

After his golden age in Hollywood (from Robocop through to Hollow Man) he has now returned to his roots and his interest in the second world war to bring us Black Book. The big question on this reviewer's lips was whether the director would be able to control his penchant for Grand Guignol (which suited his films so well up to now) in order to do justice to a much more serious subject - that of the Nazi occupation of Europe.

The film is about a young Jewish woman called Rachel Stein (Carice Van Houten) who is living in occupied Holland. After her family is killed, she joins the underground resistance and is eventually charged with seducing Ludwig Muntze (Sebastian Koch) in order to achieve the release of some captured resistance members. The situation becomes rather more complicated; however, as she begins to fall in love with Muntze, and events start to spiral out of control - leading to repercussions that will last a long long time.

Reading the plot suggests your typical European period drama, small and intimate. But believe me, there is nothing small and intimate about this film. What you have here is your typical Verhoeven flair - throwing in violence and sex aplenty. His obsession with making his films as real as possible is as evident here as it always is. For example, Rachel tries everything to hide her Jewishness. To do so, she dyes her hair blonde. This being Verhoeven, it is not just the hair on her head she dyes, and we have to see this in close up detail. The man has not lost his touch.

Or has he? There are frequent sexual scenes in this movie, but they do seem to rather detract from the experience. Yes, this was a brutal time in Dutch history, and it could well be argued that Verhoeven is merely reflecting reality with the sex in the film - but it never feels like that. I cannot put my finger on it, but it seems to fall slightly on the wrong side of exploitation. It didn't quite feel necessary to me.

However, amidst all the degradation there are some stunning performances here, showing that Verhoeven is perhaps a better director of actors than many give him credit for. Van Houten is stunning as the heroine giving a natural and believable performances and every single major role is, without fail, filled in a subtle and believable way. Despite the tendency of Verhoeven in this film to attempt to push you away from the movie, the actor's performances are so natural they are constantly pulling you back in - resulting in a quite bizarre and unusual experience for the viewer.

So, what do I mean when I say that Verhoeven seems to be pushing the viewer away? Well, the direction is infused with a kind of cold detachment, and the plot is also a problem with the film. It is quite simply too complicated with twist upon twist layered on in order simply to prove how clever a film it is. There are also some inconsistencies in the film, which I will not mention for fear of spoiling the plot. These are those annoying kinds of inconsistencies that are likely to pass you by in the heat of the moment but when thinking about it afterwards are likely to diminish your enjoyment of the film - and thus any re-watch value.

However, the film is beautifully shot with a wonderful sense of period detail and the performances are strong enough to outweigh the negatives.

The film is not the masterpiece that I was hoping for, that much is clear - and is certainly not the serious dissection of life in occupied Europe during the War that I was expecting. However, the film does have many strong points and is absolutely worth a watch. Whether it is a film that you will want to keep in your collection, however, will very much depend on whether the positives outweigh the negatives in your opinion. For this reviewer, the flaws in the work were just too great to give it an unqualified recommendation. But it is a very interesting film to watch.