A horse flavoured Call of the Wild 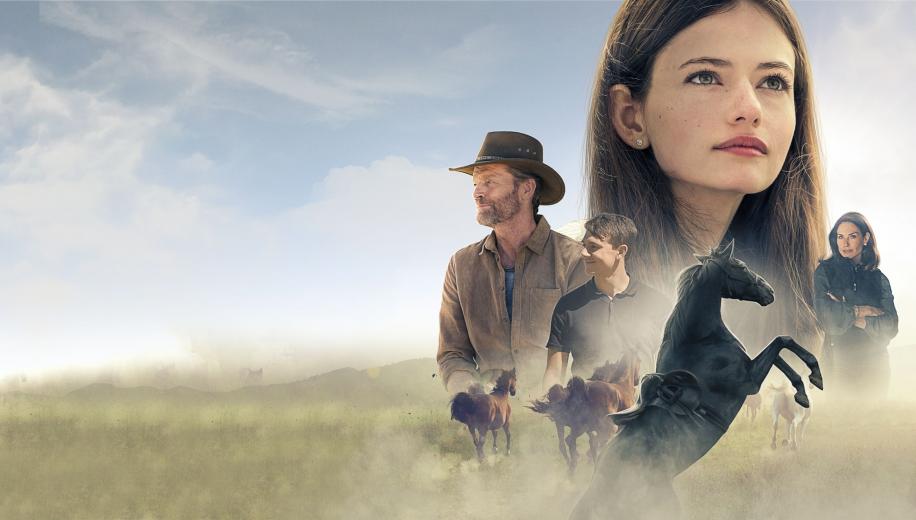 This new adaptation of Black Beauty is yet another perfectly watchable but utterly unremarkable bit of family filler from Disney, who appear to have bonded Netflix's quality standards with Apple's approach to quantity, rather than the other way around.

Black Beauty feels pretty expectedly average for Disney Plus, who really need to find something other than The Mandalorian to keep fans subscribing, and who seem content to dribble out family fare which, back in the day, would have had 'TV movie' written all over it. Aside from their blockbuster Mulan, which was very clearly a theatrical event movie, the likes of The One and Only Ivan and The Lady and the Tramp - and arguably Artemis Fowl (although that was just a bad movie in its own right) have felt pretty TV movie quality, and despite having been up and running for a year now, there are actually only a handful of original films that they even have to offer. Black Beauty is just Call of the Wild repurposed for horses, and it makes all the same mistakes. Ironically perhaps for a film about breaking in a wild animal, it just can't get a handle on the source material.

Back in the day, it would have had 'TV movie' written all over it

After being hunted, separated from her parents, captured and sold, a beautiful black wild Mustang eventually ends up in the care of a gentle and patient horse wrangler, who struggles to tame her aggressive tendencies, but who finds that his traumatised teen niece - following the loss of her own parents - shares an innate bond with the equally damaged horse.

Call of the Wild and its companion book White Fang are tremendous novels, but their tales were about the animals more than their human counterparts, which often made the material difficult to translate into a conventional movie adaptation, where viewers would be expected to follow whatever A-lister across the whole narrative, not merely for part of it. As a case in point, Harrison Ford's part in the recent Call of the Wild adaptation was limited to but the last third of the movie, which was as it should be, but which also left the labelling of such a film with Ford as the 'star' mismarketing to audiences who might expect him to actually be in it for the duration.

Black Beauty eschews most A-list stars, presumably partly due to budgetary restrictions but also - one would hope - in an effort to avoid the audience getting too attached to the human characters that the narrative promptly ditches at various intervals along the way. Unfortunately, the attempt is only halfway successful, leaving a film prone to fits and starts, as you barely get used to one part of the narrative and get to know the characters therein, before it takes you on an entirely different journey.

It doesn't help that the book was written from the perspective of the horse, something which filmmakers have struggled to interpret despite trying over half a dozen times over the past century (the book was written back in 1877, but the first film adaptation was actually reported as long ago as 1917). What that's meant is that the last couple of feature film versions have adopted a horse voiceover which is undeniably clunky, and possibly even unintentionally funny (think: Look Who's Talking), often pulling viewers out of the film every time 'Beauty' stops to reflect on her situation... in a human voice.

Ironically perhaps for a film about breaking in a wild animal, it just can't get a handle on the source material.

With the one-two punches of a clunky narration (despite Kate Winslet's best efforts, they really should have gone the Spirit: Stallion of the Cimarron route) and a disjointed narrative, Disney's Black Beauty struggles to keep any kind of control on its wild and wayward tale. It dedicates an undue length of time to its opening salvo, trotting along with decent support from Game of Thrones' Iain Glen, and Interstellar's Mackenzie Foy giving it her all, to the point where you feel like the movie could have been better served as a miniseries with them as the 'stars'. Then, all of a sudden, it changes scenery entirely, and gallops through its next two 'chapters' at increasingly fast speeds, to the point where the third 'chapter' plays as basically an extended montage. Which is a real shame, as it's the only one with any kind of veritable peril and tension in it. This may have worked on paper, but in a movie it's bewildering at best.

Utterly captivating for children, and mostly innocuous for adults, Black Beauty's faults don't make it a bad watch per se, just a distinctly mediocre one, more than prepared to canter right past every good opportunity for decent emotional connection in an effort to jump the hurdles dictated by its seemingly almost un-adaptable source material. Perhaps a Disney animation could put a better spin on this, and perhaps Disney need to stop making TV movies if they want Disney Plus to stay viable.