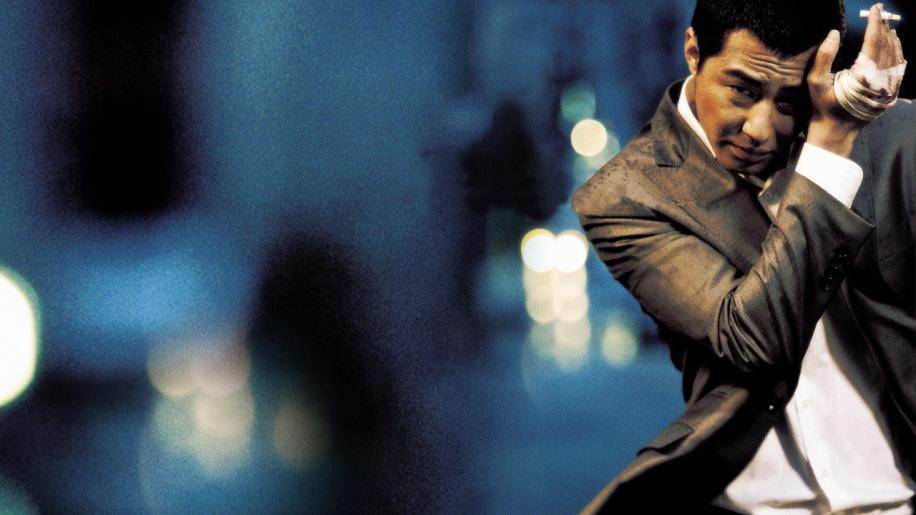 For fans of Eastern cinema, the traditional big hitters of Honk Kong and Japanhave in recent years seen a third contender muscle in and take many of the plaudits. Korean cinema is going through a mini renaissance of sorts. Spearheaded by the waves made in the West by Park Chan-wook’s Vengeance trilogy, the ensuing breaking waters of talent have shown us the creative and vibrant scene currently blossoming from the shores of South Korea. Boon Jong-ho gave us his interpretation of the modern monster piece with The Host, as well as twisted tales of criminality and guilt in Mother and Memories of Murder, whilst Kim Ji-woon threw cold water into the faces of all notions of the Wild West when he thrilled audiences with his Korean Western The Good, The Bad, The Weird, as well as tackling more genre (but no less enthralling) fare with A Bittersweet Life and A Tale of Two Sisters.

Well, the procession of talented directors from the peninsular shows no sign of abating as with the critical acclaim lauded on A Dirty Carnival (2006), Yu Ha looks to have added his name to the list. Having built up a reasonable catalogue of features in his directorial and writing CV, it was always likely that the more crime oriented example of his work would be the one to gain the most attention in other markets (ask yourself if Oldboy would have been as great a success without such iconic and distinctly gangster-esque artwork doing the rounds). He’s entitled to, he’s already wielded a satirical sword to the absurdity of modern relationships (Marriage is a Crazy Thing) and highlighted the drama of high school life (Once Upon a Time in High School), so an arguably more attention grabbing and decidedly darker tale is the natural progression.

A Dirty Carnival is a crime story like many others, at least on the face of it. We follow our protagonist, Byung-doo, a 29 year old professional criminal, as he struggles to earn a living from day to day. His finances are drained by being the sole provider for his family and ailing mother whilst also trying to maintain his second “family”, his gang. All the while, his superior in the criminal hierarchy is short-changing him on the money he’s kicking upstairs under the pretence of saving for his daughter’s wedding. In short, times are hard. When he learns of a corrupt prosecutor making trouble for the head of the organisation, he takes on a job that others are unwilling to do, namely removing this attorney shaped thorn from his master’s side, thus currying favour. The act propels Byung-doo up the ranks and gives him the ear of the man in charge, bringing with it more opportunities to make money. This shift in the standard stratification of the gang’s system gains the young apprentice more unfavourable attention though, as along with the more prominent notice of the authorities, it is also his fellow gangsters that he must be mindful of.

Now if this sounds fairly formulaic it’s because it is. The early moments of the film play out like a standard crime flick, albeit a good one. There’s gang bonding, suited figures, a lot of bowed heads, reverence and malevolence. Like any good charting of a career, Yu Ha is at pains to lay the groundwork of the character’s morals and the reasons behind his criminality (in this case a lack of education brought on by caring for his sick mother). The worry that might start to creep into the minds of some is that the portrayal of what should be a ruthless figure is all too nice. To get money owed he lounges about a family’s house in his boxers basically being cruelly disagreeable and creepy rather than wrapping a two-by-four around daddy dearest’s kneecaps. Our director however has two aces up his sleeves that not only explain away this seemingly more tempered gangster but also raise the entire narrative above the level of mere genre fodder.

Firstly the action - Yu Ha doesn’t hold back when the trouble brews. The code of rival gangs not killing each other in their mass brawls is heeded, but there are still enough baseball bats whizzing through the air and the handing out of nose realignments with fists and heels to keep a solid air of brutality surrounding the set-pieces. Once you see the first intricately choreographed knife fight, any misgivings that the lack of firearms might lead to a somewhat less potent atmosphere are firmly dismissed. The coming together of rival factions are messy, chaotic and fly off at a break neck pace. Rather than kill, baseball bats are aimed at the chest, while blades are primarily used to slash arms and legs, disabling enemies. It is depicted not just for the sake of graphic titillation but as a core part of the lifestyle and, with the code of combat, helps highlight just how far removed these men are from every day life.

Yu Ha’s second, and most creative card, is the introduction of two figures, both old school friends of Buyung-doo’s, one an aspiring director, Min-ho, and the other a childhood crush. The female presence is not hard to fathom, she is primarily there to indicate just how mired in the past Byung-doo is and this butting up of personal and professional lives helps highlight the gap between who he was and what he has become. It is a classic example of the tortured soul, a man who gains the world but in the process loses himself, or so he thinks. It is the character of Min-ho however who has the greatest effect on the story, as (without wishing to spoil things) it places the narrative into a more post-modern category, almost a film within a film, as the budding film director tries in vain to get a studio to give him the green light for his gangster flick. He is told his script lacks authenticity, and it is this reason that he seeks out his old school friend. The beauty of the two central civilian characters is that their impact is not something that can be gauged as the haphazard nature of life is explored and minor acts prove to have major consequences.

Yu Ha manages to ramp up the tension immensely, thanks in no small part to the ever dependable scoring of Jo Yeong-wook, as he brings the strands of gangster epic and friendship/relationship drama together in a finale that puts the cherry on the top of an enthralling one hundred and forty minutes. It is rare to find a film past the two hour mark, not by a well established director, that has such finely tuned pacing. By the final reel the story has almost become an allegory of what happens when fact meets fiction and the parting shot is a knowing wink at the genre and how it is treated in cinema, as well as a strangely apt reminder of the price of friendship and loyalty. Part crime odyssey, part human drama, A Dirty Carnival builds in intensity, but adds heart and intelligence, right to the end.