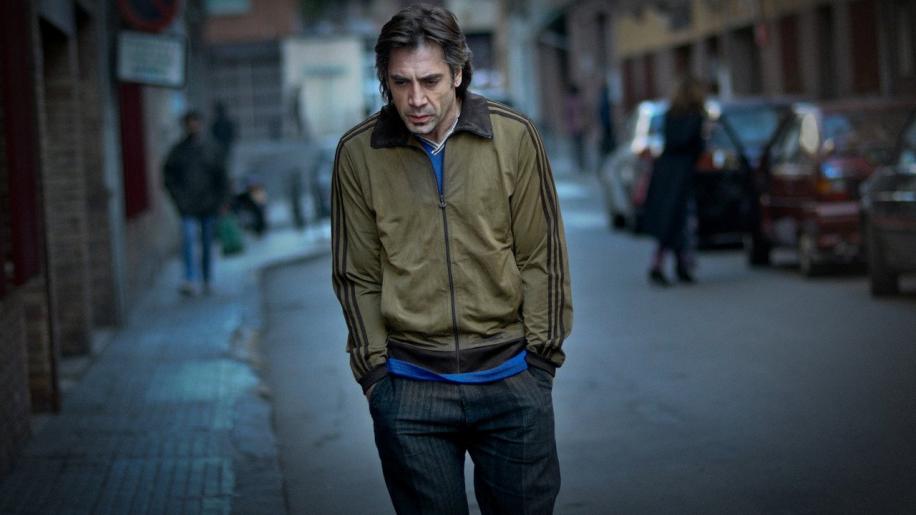 Alejandro Gonzalex Inarritu is an indisputably great filmmaker. It has been little over a decade since he started out, and in that time he has given us no less than four extremely powerful films – all of which have been not only universally acclaimed by the critics, but also notably successful at the Box Office. His films have always had common themes and follow the lives of disparate but interconnected individuals, normally centred on one tragic event – his first and second movies, Amores Perros, made in his native Spanish, and the US drama 21 Grams, focus on the aftermath of terrible car accidents, and his third, Babel, looks at the devastating ripple effect of the simple act of purchasing a rifle. Extracting outstanding performances from his superbly-chosen actors (including the likes of Benecio Del Toro, Sean Penn, Naomi Watts and Cate Blanchett – even if Brad Pitt did not quite break free of his usual, admittedly entertaining, trademarks) and painting fully-realised, multi-dimensional characters whose tragic plight our hearts cry out for, his films also have another great thing in common: horrific downward spirals, and looming death. Indeed his first three features – Amores Perros, 21 Grams and Babel are, together, regarded as something of a trilogy, which share the common theme of death, and are thus, aptly encompassed under the banner of ‘the death trilogy’. On all three films, Inarritu worked with writer Guillermo Arriaga, but, even after falling out and parting of ways, the two appear unable to escape their obsession with death: Arriaga going on to write The Three Burials of Melquiades Estrada, whilst Inarritu spent almost 4 years working on his latest project, somewhat incongruously titled Biutiful. Can you guess what it’s about?

Uxbal is a single father with two young children, struggling to survive in a dilapidated apartment, and making a meagre living off trading in knock-off wares churned out by an illegal Chinese immigrant workforce. He runs African street vendors who also dabble in drug dealing on the side, and is therefore forced to frequently bribe some pretty corrupt cops to keep them from being arrested. He is also compelled to deal with some rather shady Chinese businessmen in order to keep his cheap products coming in regularly, and often airs his concerns about the working conditions of the illegals; concerns which always fall on deaf ears. And when tragedy strikes, his life slowly starts to fall apart, and he finds himself with precious little time to set things straight.

Inarritu may be notorious for his morbid, depressing – yet undeniably great – movies, the path he has taken not wholly different from that of Darren Aronofsky (with his pit-of-doom Requiem For a Dream, and marginally more uplifting The Fountain, The Wrestler and Black Swan), but Biutiful takes things to another level of tragedy entirely. If you thought that Shakespeare was still King of this genre, then you may well be surprised by the unparalleled depths to which Inarritu’s characters plummet on their desperate plight to 11th hour redemption, and Biutiful’s Uxbal is the ultimate anti-hero of this tragic underworld.

Acclaimed Spanish actor Javier Bardem – who should be known for the likes of Jamon, Jamon; The Sea Inside; and No Country for Old Men; but is probably best recognised for his contribution to the insipid quasi-inspirational Julia Roberts vehicle, Eat Pray Love – takes the lead in this powerful production, bringing Uxbal to life in such a way as to make you believe that he had simply become this ill-fated individual. The physical and emotional extremes that he brings forth for the part are evident over the torturous, near-epic runtime, and it is somewhat fitting that he finally gain some recognition as a worthy lead actor (after having garnered a Best Supporting Award for No Country for Old Men), receiving for his work on Biutiful merely a Best Actor Nomination (losing out to Colin Firth for The King’s Speech), but still breaking records by delivering the first entirely Spanish language performance to ever result in even a Nomination. I remember reviewing The King’s Speech, and regarding Firth as being veritably deserving of the Award. But I hadn’t seen Bardem in Biutiful, who easily provides one of the best performances that I have ever seen, a realistic, heart-and-gut-wrenching downward spiral brimming with a palpable amount of utter desperation.

Unusually considering the Director’s previous ‘trilogy’, he takes a slightly different approach here, as, whilst he does indeed portray the lives of three interconnecting people – also following that of one of his street dealers, who has a wife and young baby to take care; and the relationship between the two shady Chinese businessmen that he has to deal with, who are having their own illicit homosexual relationship – his focus is primarily on Bardem’s Uxbal, so much so that the others almost come across as afterthoughts. It’s here where the film threatens to fall apart, as neither of the other sub-plots are developed anywhere near as much as the main plot – we care about Uxbal, and his tragic plight, but the other characters’ lives often detract from, and certainly dilute, the power of the main story. We don’t spend nearly enough time with the Chinese businessmen to care about them at all, and the street worker is soon removed from the proceedings, even though his wife and baby then go on to be fairly integral to the rest of the narrative. Either Inarritu should have devoted more time to these side-plots, or stripped them down so viewers would not have expected more – because, as is, it appears like three separate, interconnecting storylines, with only one given enough time to properly grow and develop.

All that said, the film is clearly driven by Bardem’s commanding performance, so much so that you will likely forgive the Director’s missteps in the other directions. He goes to great lengths to depict Uxbal as far from an easy person to sympathise with – it’s an honest portrayal of a single father who, whilst he genuinely loves and cares for his children, is permanently riding the edge of darkness. Integral to this is his interaction with his ex-wife, a woman who he clearly still loves, but who he simply cannot be with – for reasons which aren’t apparent right from the outset. In fact, it’s only when we see how she behaves around the children, that we fully appreciate just how devoted a father he is, her unreliability the source of some of the most heartbreaking moments in the film.

Adding an extra layer to the proceedings, and taking his film in a direction that perhaps none of his previous works have gone in, Inarritu further gives Uxbal a rather strange gift – early on we discover that he is able to communicate with the dead, shortly after they have passed away, something which he uses for financial profit to allow grieving families to understand their loved ones’ last moments and true intentions. Again, it would have been nice if this story element had been given more time and consideration (instead of, say, the Chinese suits getting more unnecessary screentime – especially since they still come across as remarkably underdeveloped as is) because it really is quite a unique angle, and Inarritu handles this aspect extremely well, seldom making it feel supernatural, and integrating it well into the character of Uxbal, showing us that, even though he does have this ‘gift’, it is neither of great benefit to him, nor can it save him in any way.

Ultimately, Biutiful will, for many viewers, feel like something of an endurance test. It’s nearly two and a half hours of pretty-much relentless doom and groom – admittedly shot beautifully, which is a true achievement considering the dilapidated, run-down settings used for the majority of the film – and will leave you tired and worn out, having followed one of the most arduous, inescapably nightmarish journeys that any character has ever taken. Grounded by Bardem’s performance, you’re unlikely to fail to appreciate the power and depth of this film, but enjoy it? That’s another question entirely. Whilst I applaud the consistently great work that the Director has achieved in the little-over ten years since his cinematic debut, I also think it would be a great shame if he spent the rest of his career painting pictures about death. Let this be a fitting end to that era.