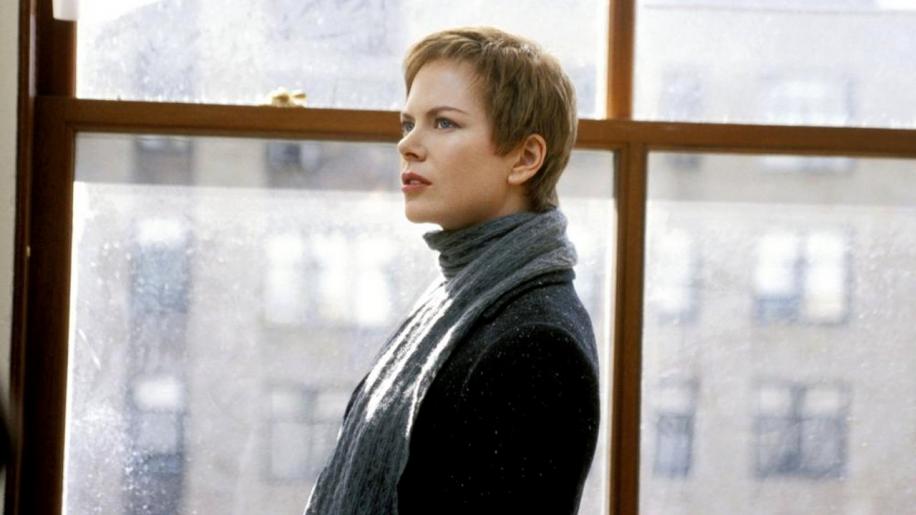 Jonathon Glazer is best known for his introduction to the big screen with the excellent “Sexy Beast”. Prior to, and indeed since, this inauguration, his work was largely of the TV commercial and music video variety. What has lured him to Hollywood is a moody and melodramatic character piece, and the chance to direct a fine cast of respected actors including Nicole Kidman, Lauren Bacall, Anne Heche and Peter Stomare.

Kidman plays Anna, a woman struggling to come to terms with the sudden and tragic death of her husband Sean, even though it was ten years ago. In an attempt to move on with her life, she has decided to remarry her long time suitor Joseph (Danny Huston) and plans are moving comfortably along, until a quiet disturbing young boy turns up at Anna's apartment one evening and calmly announces himself as the re-incarnation of her long dead husband, Sean. Anna initially treats this intrusion as a bad joke, but Sean's persistence, and his obvious, though patchy, knowledge of intimate secrets that only lovers would share, soon has her questioning her beliefs. Is re-incarnation a reality? If so how can a relationship continue with a ten year old child?

Unfortunately Birth does not supply the answers and never really gets its teeth into meaty issues such as grief, the structure of love, the concept of spirituality and the afterlife. Instead the movie asks the questions in an appetising way, but leaves you wanting and waiting for more. There are many strengths to admire though, with several brave directorial decisions that, to a large extent, work well. For example the score is largely noticeable for its absence, but because it is used so sparingly and because of the haunting orchestral pieces that fall around the viewer like a settling fog, the intensity of the dialogue is heightened. Don't be fooled into thinking that a minimal score means verbose dialogue, because this too is used sparingly. Glazer and his co-writers Milo Addica and Jean-Claude Carriere, are clearly firmly of the belief - don't use 10 words if none will do. It is almost ten minutes into the start of the film before the first word is spoken, and some scenes last only a few words of dialogue.

With such artistic constraints placed upon them the actors must bare the brunt of storytelling without the luxury of speech and this they do admirably. Cameron Bright, as the young Sean is eerily disconcerting and troubling, and Nicole Kidman produces a compelling performance as her tortured mind struggles with the torment of her desires for her husband and the faltering grasp she has on the reality of her circumstances. As mentioned previously the original score by Alexandre Desplat, superbly conveys suspense and tension and cinematographer, Harris Savides follows the saturnine nature by desaturating the images and leaving them looking like an ephemeral memory.

On balance then, there is much to admire about Birth, but not much to enjoy. The subject matter is difficult and at times quite disturbing and the promises it makes in acts one and two are not delivered in act three.