Something to love and much to deride 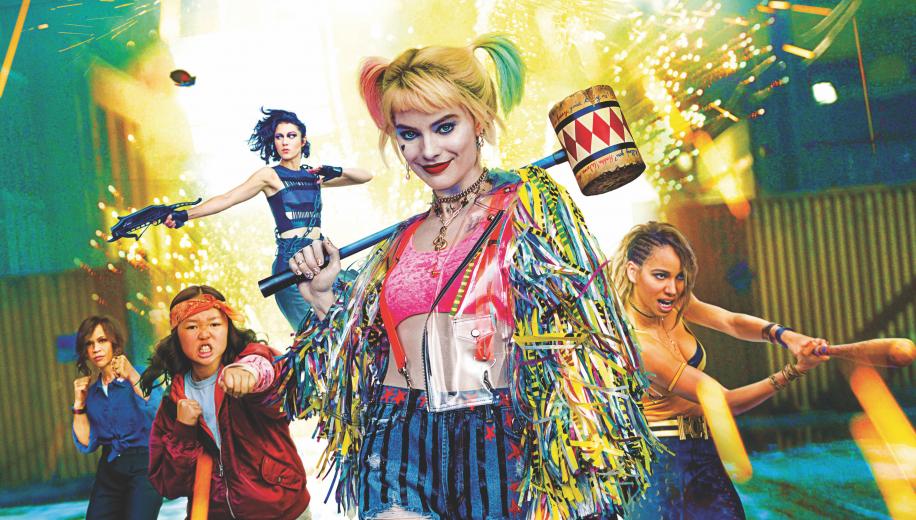 Birds of Prey: And the Fantabulous Emancipation of One Harley Quinn Review

You killed my sandwich!

Harley Quinn has become one of DC’s best characters, loved by millions of readers, and has two big screen appearances, both played by the delicious Margot Robbie, the first of which saw her costume the most sought after Halloween outfit in 2016; not bad for a character that was invented for the nineties Batman Animated Series. For her second outing, Harley has broken up with Mr J, her Puddin’, which leads to its own complications, both for her feelings and her life, once news spreads she is no longer ‘protected’.

Birds of Prey: And the Fantabulous Emancipation of One Harley Quinn is a one sentence plot line jazzed up with some flashy camera work and non-linear story telling. It’s not that it’s a particularly bad film, but it’s not particularly good either; there are good ideas and it looks great, but it is so flimsy and desperately wants to be tough (load it with swearing shall we?) that it simply feels out-dated.

Ok, I get it, it’s an origin story for the Birds of Prey, except that it’s not, because the Birds don’t actually form until the film is over; so, it’s a story of finding oneself after a lost love, except that it’s not because that’s over and done with before the first act; so it’s an origin story for Harley, herself, except it can’t be, because that is told during the opening credits …. so what it is? A revenge story for Huntress? Nope, though that’s in there but it is side-lined. A hostile gangland take-over? Well, kinda, that at least has a bearing on the plot. A female lead action film, with a female director and female producers, that shows off empowerment? That is true, so we’ll go with that.

There is a very strong comic book vibe running through the film, from Harley’s breaking the 4th wall, to the production design, to the filming style, to the overlays (all very reminiscent of Deadpool); and whilst it is violent and contains plenty of swearing to guarantee that R-rating, there is always a fairly light tone to it, except for when a drunk Harley is being manhandled into a van, skirting very close to sexualised violence for my liking. But I did love the Terminator style storming of the police station, complete with confetti gun, highlight of the film for me, so much better than the climactic fight which was so over-the-top as to be laughable.

So, something to love and much to deride, is it worth your time? On balance I’d say … maybe!

The native 4K image is awash with detail; skin texture is clear, Harley’s tattoos are always discernible, clothing has tight weaves, there are crisp edges to cars, buildings, road surfaces and weapons, indeed there is no softness at all – the picture is keen throughout.

The HDR and WCG ensure that colours are vivid and bold, Harley’s various costumes look stunning, the ‘comic book’ lighting of the climactic fight, the night lighting with reds, greens and blues looking stunning; check out the confetti gun, or the red of Harley’s corset, or the depth of orange to the chemical plant explosion.

The black level is deep and pitch, adding some tremendous frame depth, while also holding shadow detail, while the white scale adds 3D pop to the image with bright highlights; the sequins on Harley’s outfits for example.

The original source is pristine, there are no compression issues and the whole image is bright and colourful.

The Dolby Atmos surround track opens up the sound field with some pinpoint accurate effects from the various action scenes, while also maintaining a sense of realism to the quieter moments; for example the climactic fight in the funhouse has punches, kicks, crashes, gun shots, shouting, all coming at you from every direction (check out the side!), while the clatter of computers, murmurs and paper shuffling in the police precinct are obvious.

Bass is well maintained, tight and controlled, helping to fill out effects from gunshots to kicks, giving the sub plenty to do. The score, mostly made up of songs, comes at you from just above the centre, while dialogue is clear, given the directionality it needs when not being held to the front, and is never lost. The whole track does need a slight nudge in volume to get the best out of it as it’s mixed a tad low but, once set, is dynamic and entertaining.

The UHD holds no extras, but they can be found on the included Blu-ray, listed below.

Bird's Eye View Mode – Bit like picture in picture of old; behind the scenes material, animations, photos and interviews play during the film.

Romanesque – 5 minutes on the main villain.

Grime and Crime – 10 minutes looking at the production design of Gotham and its comic book look.

Sanity is Sooo Last Season – 7 minutes on costume design, trying to keep in character without being overtly sexual.

Birds of Prey: And the Fantabulous Emancipation of One Harley Quinn is a female lead action film, with a female director and female producers, showing off empowerment with a strong comic book vibe running throughout the film, from Harley’s breaking the 4th wall, to production design and filming style, and whilst it is violent and contains plenty of swearing to guarantee that R-rating, there is a fairly light tone too or it is so over-the-top as to be laughable?

The UHD from Warner is pretty good, the native 4K picture is stunning in terms of clarity, detail, colouring and black level, while the Dolby Atmos surround track is dynamic and full of effects with strong bass. The extras on the included Blu-ray cover all the bases well.