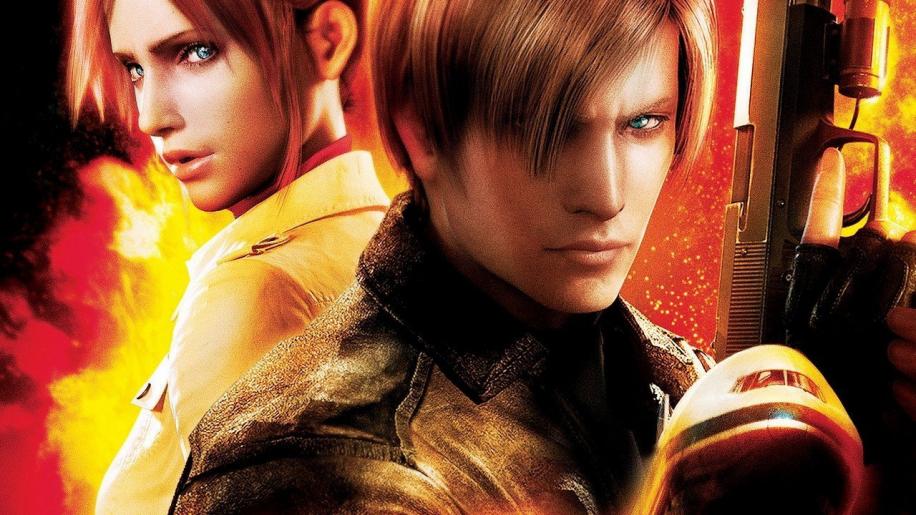 As somebody who thoroughly enjoyed the original Resident Evil games I can see why avid fans were disappointed by the Resident Evil trilogy. Personally, I thoroughly enjoyed the original film. Despite the fact that it was almost an entirely separate entity to the game, other than in concept, it followed the basic ideas and had the same effective, oppressive feel to it. And it had Milla Jovovich, in a fantastic red dress, kicking zombies in the head. The sequels, oddly, had many more direct game references and characters, but lacked the feel, making them fun only on a pure entertainment level. I can see why long-term video game fans would have been disappointed but, that said, they are still amongst the better video game adaptations out there. With a fourth movie in the works (can things get any more ludicrous than Apocalypse?) and a fifth game about to hit the next gen gaming platforms (although can it really top the fun and thrills of Dead Rising?) we get the DTV release of Resident Evil: Degeneration, an animated movie that manages to follow the original franchise's game lore (set after the last Resident Evil game but before the upcoming one) whilst also avoiding conflict with the movies themselves (set somewhere between the two sequels) can this movie also bridge the gap between fans of the films and fans of the games?

As a brief background for those totally new to the Resident Evil stories (although I'd find it hard to believe that anybody reading this review would be) - the evil Umbrella Corporation created something called the T-virus, which turns people into walking dead. After an outbreak at a facility in Raccoon City - and many deaths - pretty drastic action is taken to contain the spread of the virulent disease. Those familiar with Resident Evil 2 might remember the destruction of Raccoon City, but unfortunately (or fortunately for us fans) it didn't completely stop the zombie infection and pockets of the disease started to pop up across the globe. Amidst mass government cover-ups and investigations, the Umbrella Corporation is taken down and replaced by a new organisation ostensibly set up to cure the disease.

One of the few original Raccoon City survivors (and star of the Resident Evil games, although her character was woefully underused in the films), Claire Redfield happens to be at Harvardville City Airport when zombies strike again, trapping her and a bunch of random survivors (including the requisite hapless young kid and slimy, shady politician) and giving them no option but to fight their way out. When Special Response Team agents appear (including familiar face Leon Kennedy), it is clear that there is something of a conspiracy going on here, and the race is on to find out who released the virus and what is truly going on.

I have to say that I was really looking forward to the release of Degeneration. I had seen the trailer for the new game some time back and my interest in the series has also been piqued by the promise of that super-skinny chica Jovovich returning for another movie, so when I heard about this DTV release I was hoping for a filler in much the same way as 24:Exile was supposed to keep fans somewhat sated until the next season. Unfortunately, despite my hopes otherwise, the results were much the same as with 24 - utter disappointment. Pitched as an action-packed must-see, this is basically a video-game without any interactivity, i.e. just a bunch of cut-scenes spliced together over a coherent but unimaginative plot. Half the fun of this kind of story is in the playing, the checking of corridors, the repeat-playing of sections where you're overwhelmed by zombies and then the pleasure and satisfaction of watching some quality video sequences after you've completed a particularly tough chapter. Without that interactivity, and with the same kind of quality video as you would expect from next gen console video sequences there is little here to keep your interest sustained.

It doesn't help that the story is predictably convoluted - you can tell immediately who's shifty enough to be the bad guy, who's obviously so evil that they must be a red herring, what's going to happen to the guys with the personal vendetta and that the mysterious new G-virus is likely to create some kind of new beast of a zombie that Leon and/or Claire will have to fight - that you get bored pretty quickly. The massive plane crash sequence - the high point of the trailer - is a bit of an unlikely gimmick as well, and slightly redundant to boot, only allowing for a couple of nice action scenes before the plot degenerates into standard running-and-shooting-and-getting-picked-off-one-by-one narrative before the end of level bad-guy appears.

As I said, it might have worked as a game (albeit not a complete one, as the playing time has to be longer than 90 minutes, even if you never die) but as a movie it fails on almost all levels. This would work perfectly as a worthy extra on the release of Resident Evil 5 (and ties in a little bit, effectively leading into the plot of 5) but as a standalone purchase it just doesn't seem worth it. Characters are wasted, you don't care about a single one of the victims, and the concepts are mostly re-imaginings of what has been done before, and better (Nemesis, anyone?). Claire Redfield gets about one decent scene and then appears to get dropped from the proceedings, making her character almost as redundant as she was in the films, which is a big disappointment for fans who have enjoyed playing her through entire games. Leon gets significantly more action - randomly teamed-up with a newbie Angela Miller, a tac-team shooter whose brother is mysteriously wandering around the airport with a personal grievance against the new corporation - and at least comes across as a similar character to that in the games, but still he's pretty one-dimensional, at best. Angela herself is distinguishable from Claire only in the surprise reveal towards the end of the story where you find she has a bigger cup size. Other than that, I can only see her involvement as necessary because her brother's looming around, and that's just contrived (and, again, it has been done before across the series). And despite the fact that the original vocal talents for the respective characters from the games are on board to voice the actors here, that will give fans little solace when they appear totally out of synch, further adding to the obstacles to prevent you caring about these individuals.

Maybe I'm being too picky, maybe these are just the things fans have come here for, and I think perhaps even I'd have been happy with this familiar structure had these elements been presented in a live-action format or in the form of an interactive game, but this CG variation simply doesn't grab the viewer enough to be interesting let alone engaging. And that's not to say the CG looks bad, some of the more stagnant shots where little is moving look simply superb (the helicopter flying off into the blue sky, the sunset outside view of the airport) and are largely difficult to differentiate from real images, but the action scenes are still a bit clunky in comparison to a live-action movie. The studios purposefully embarked on a near-as-photo-realistic animation process, but the reality is that we're not quite there yet and there's no point in trying your best to make things look real if they don't 'feel' real. Perhaps taking a more Clone Wars approach to the animation might have fared better, but I fear not as making the violence more cartoon-like might have removed any of the horror elements. So what we are left with is the probably the best an animated zombie movie can be, and frankly, that's just not good enough.