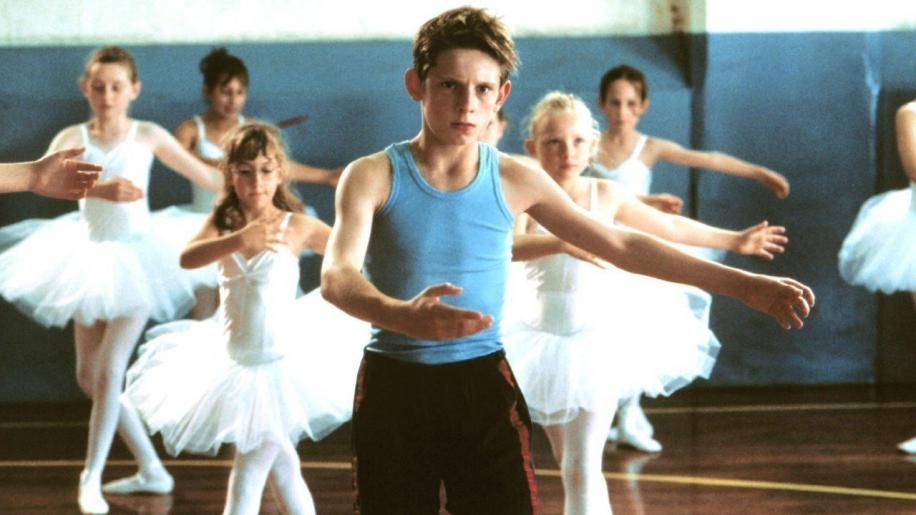 Who hasn't heard of Billy Elliot? I'll venture no-one. Billy Elliot, the boy from a broken home, who, in the wake of the miners strike in the North of England in 1984, chose ballet over boxing. That glib single line neatly encapsulates the plot of this low budget film from the BBC, well known for their attention to detail in period dramas. Though, even 1984 could now be considered period, certainly it was a very turbulent time for the miners. The then Prime Minister, Margaret Thatcher decided to run the mines into the ground, instead of closing them outright. There was much civil unrest, clashes between union picket lines and the police were common; and it is against this awful dark time that the story of Billy Elliot is set. Director Stephen Daldry and Editor John Wilson skilfully blend Billy's story with the turmoil happening around him with ease. There is hardly an exterior shot in the entire run of the film that doesn't have some ever present police presence; something the miners themselves had to deal with; and then to juxtapose dancing with picket line scuffles that echo Billy's own inner fight with his emotions; it is in the telling of the story that really makes this film.

In addition to the finely crafted story there is a wealth of acting talent on store. Each gives a very powerful performance, each believable, each worthy. The Dad (Gary Lewis) struggling to hold his family together in the wake of his wife's premature death and no money; Tony (Jamie Draven) the bully brother that thinks the world of Billy; Mrs. Wilkinson (Julie Walters in an Oscar nominated role) as the firm but fair dance instructor that wants nothing more than to see Billy succeed; and finally Billy himself (Jamie Bell in a BAFTA winning performance) the little boy that rises above is station to follow what he feels is the right course. Jamie Bell was an unknown at the time of casting; it was a bold choice that paid off with dividends. Bell adds a charm and personality to Billy that one cannot help but admire, you can see the anguish in his eyes as he struggles to find the right path, all this and comic timing too, one talented lad, and very much deserving of his awards. Julie Walters is quite magnificent in her role and the film is never better than when she and Bell share screen time together, such is the bond between them that one really cares about their characters, which ultimately makes the film.

As good as the film is, it is not perfect. There were times when I felt the tragedy of the home life wasn't pushed enough; it's well documented that during this time not only where communities destroyed but families too. There are one or two scenes included in the extras of this disc that do address this very problem, but as ever where excised due to timing. The film does rocket along and perhaps just taking a few minutes to demonstrate the fragile state the family unit is in, not only would it add to the film, but also makes the ending that much more poignant. However, Daldry handles the strike very well, not forcing the plight of the miners down our throat as, say Brassed Off did. Finally we get a happy ending, frankly I couldn't imagine this film without one; life is hard, and perhaps to end on a downer might have killed this film, but thankfully one comes away suitably teary eyed and glad to be alive; perhaps it will work out if we follow our dreams after all.