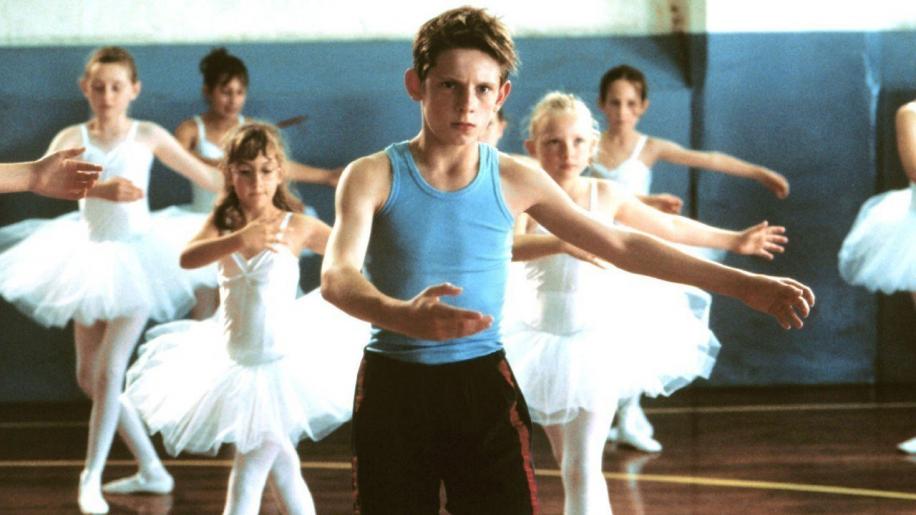 The picture is presented as a theatrically correct 1.85:1 aspect ratio and anamorphically enhanced for widescreen TV's with an average bitrate between 4-6Mbps, though it peaked and dropped to 7.5 and 3Mbps respectively. Right from the outset things aren't quite right. The first scene, a close up of Bell jumping, reveals some rather nasty artefacts around his chin and neck; this same problem occurs in a similar scene at the end of the film. Throughout the film, though things vastly improve and I only spotted artefacts one other time. The print too suffers from a little too much edge enhancement, most noticeable against bright backgrounds. The print also suffers from some minor damage, mainly dust specks and white flecks, and there is a 'nice' veneer of film grain accompanying most scenes.

On the plus side the colours are vibrant and striking, maybe a touch too much red, but this might be deliberate to give the film a 'warm' feeling, and it does just that. Contrast and brightness, too, are set very well leading to nice rich blacks. Detail is outstanding; the picture is crisp and sharp, even down to the bricks of the houses in the background. On the whole I am pleased with this transfer; the grain and damage lend a touch of realism to the picture that does not look out of place. The compression and edge enhancement is another matter, there is really no excuse for this since there is nothing on the film disc except the film, in essence this could have been given a superbit transfer, though somehow I don't think it would have improved things by much, chances are this is the best this low budget movie is ever going to look. The only soundtrack present is a rather unremarkable English Dolby digital 5.1 track. Unremarkable in the fact that it does little in the respect of surround; the rears are hardly used except to fill out the fantastic score. Even the 'prime' areas such as the minors' picket lines or the riot don't make full use of a potentially great surround moments. However, the front three speakers cope very well with their work load, which is mainly dialogue. Bass levels are ok, there is not that much bass needed to be fair and the poor old LFE is relegated to filling out the score and did not once get a good thump in. Obviously this isn't the sort of film that requires a full on dynamic surround sound, the track is purely functional and works well in that respect. I was disappointed that the in the few moments that full surround could be used, it wasn't really; however the score sounds so rich and full that I am prepared to forgive even this. All the extras for this release are on the second disc. The menu options three directions, the musical, the film and the music. The musical in turn has three separate headings, and are the most comprehensive extras on the disc. The main two are the 'Real Billy Elliot Diaries' and 'From Screen to Stage' featurettes. The former is a video diary of the three young lads chosen to play Billy on the stage; there are interviews with themselves their parents and their instructors. The latter details the process of adapting the screen play into a stage play and contains interviews with the directors, writers, Elton John the musical director and producers of the show. Finally in the small section is a TV ad for the play. Now all this is fine, but it plays like one big advert for the stage show, released in May, rather than anything significant about the film. If you are into stage production then you might get something out of this section, if you are into the film and want to know about that, then I'm afraid you are out of luck.

The film section has a flimsily titled 'making of' documentary that in reality is more a story of the film. It contains interviews with all the major cast and crew, and plenty of clips from the film all held together with a rather obtrusive American voice over, the sort of voice that would not be out of place advertising a horror film (you get the idea). There were precious little behind the scenes action, and the whole thing comes of as an 'entertainment channel' special on the film more than anything else. I prefer my 'making of's' to be just that! Also in the section we have numerous deleted scenes split into Billy's, Tony's and Dad's stories that can be played with or without the director's commentary. Without exception all were excised due to 'dramatic pause' i.e. timing. There is not too much in here with the possible exception of Tony's story that adds much to his performance. Finally there are two extended scenes, again playable with or without the director's commentary.

The final 'Music' section allows you to play each song from the film individually or all together with or without a director's commentary. For me this was the highlight of the extras, as if you play all with the commentary, due to the sheer volume of songs used, it's almost like having a film commentary! Daldry used this time to talk not only about the music, but about aspects of the film and casting, locations etc. Ok, there are plenty of pauses, but that is because we are supposed to be listening to the music, however when he does speak there is much information given. Billy Elliot is as British a film as can be and is well deserving of the numerous awards it has won. Perhaps 'classic' is too strong a word for it, but undoubtedly it remains a firm favourite amongst fans and critics alike, even going so far as to encourage more boy applications to the Royal Ballet School for many a year since its release.

It is the quality of the film that gains the high mark for the verdict because as a DVD, it could be ventured that this is nothing more than a huge advert for the stage production of the same name; however, for fans of the film there is a little more to see with the extras on the second disc. New buyers will no doubt be happy, as for upgrading, true fans will do so anyway, fans that wish to know about the stage play might well consider it also; the casual viewer with little interest in the stage production or deleted scenes may well do better to stick with their old copy.